Singapore’s Amir Khan is one of the leading knockout artists on the ONE Championship roster and one of the promotion’s brightest stars, but even he had to start his journey at the bottom.

Six years ago, the native of “The Lion City” had just earned a spot on the famous Evolve Fight Team and inked a deal with the world’s largest martial arts organization.

Off to cambodia for war!! #onefc#mma#muaythai#wrestling#bjj#win#cowboy#evolvemma#evolve#warevolve

His first assignment was against Jian Kai Chee at ONE: RISE OF THE KINGDOM on 12 September 2014, and it was an experience that Khan recalls vividly.

“I fought in Cambodia. It was my first fight in ONE Championship, and I had never been to Cambodia before.”

At 19 years old, the young striker traveled with his coach, Heath Sims, and his father to the capital city of Phnom Penh, and he did not know what to expect.

Though he had experience in Muay Thai and some amateur contests to his name, at 1-0 in professional mixed martial arts he was still green in the game.

ONE was a big step up for Khan, and he could tell the difference as soon as he landed.

“I was welcomed with such great hospitality. I was really impressed because at that point in time I was a nobody,” he reveals.

“Why would they treat me so good? Even a new fighter like me. I felt like a superstar. I really appreciated that and I felt really good.”

However, the size and scale of ONE’s operation was also a source of nerves for the Singaporean Muay Thai Champion.

“The whole process was enjoyable but nerve-wracking for me because it was my first time fighting in a big organization, and all eyes were on me,” he adds.

“I felt all the pressure and all I could think about was, ‘I can’t wait to finish the fight and I can’t wait to get out of here and celebrate the victory.’

“On fight day, the rest of my family — my mother and my cousins — came over to see me at the hotel. I was shivering. I didn’t know what I had gotten myself into!”

Khan made his way to the Koh Pich Theater, and instead of the doubts dissipating, they stayed with him until it was time to perform.

The lingering feelings gave him a sense of urgency, and he knew this was his chance to prove that he belonged.

“I was a professional fighter, but the first time I still doubted myself because I wasn’t sure whether I had the talent to go all the way or not,” he admits.

“I was not sure if I could compete with the best in the world, so when I got into the cage, all I had in my mind was, ‘Okay, I just have to give it my best shot and give everything.’” 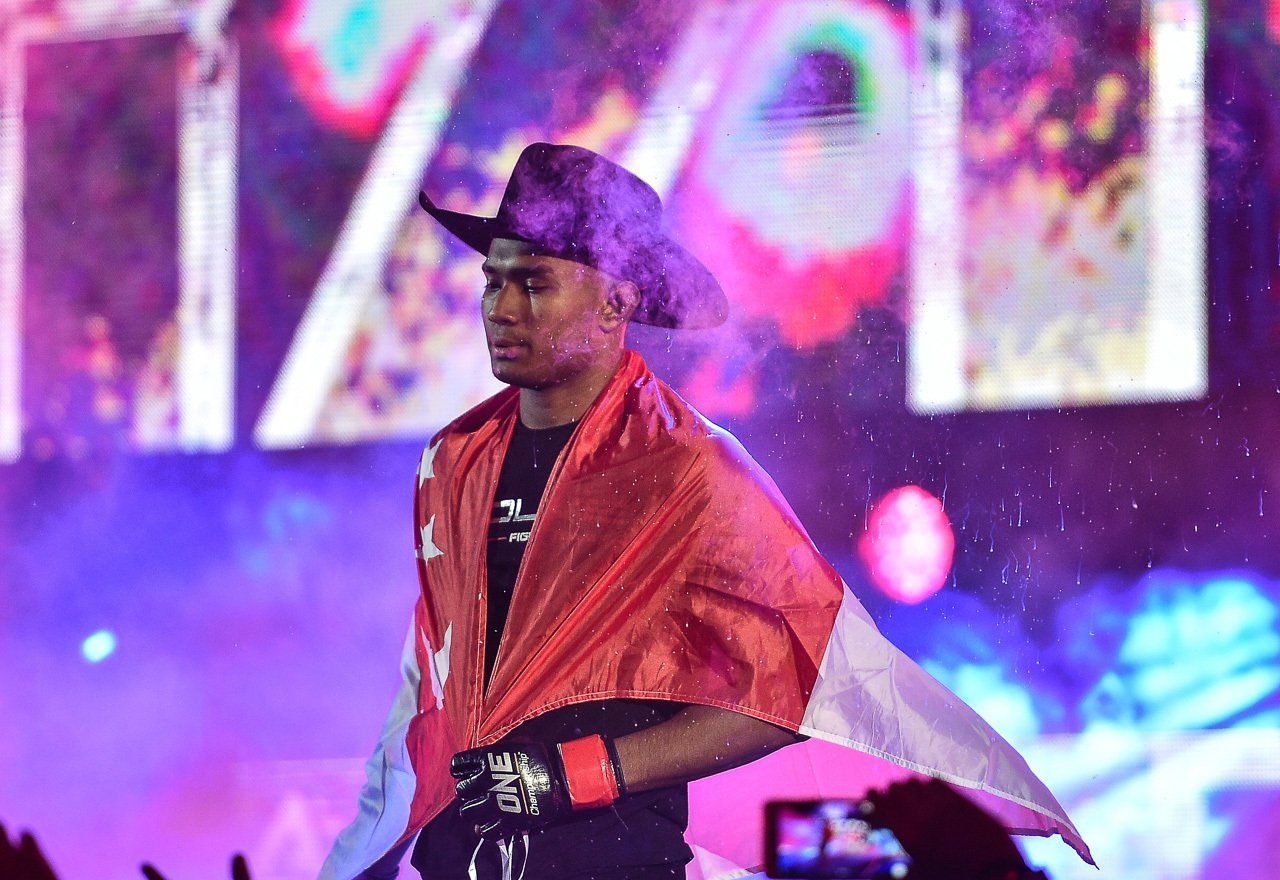 As he approached the midway point of the opening frame, Khan launched at Chee with a jab-cross and then planted a right knee into his midsection. A barrage of punches followed and his rival fell to the canvas defeated.

This emphatic finish erased his doubts as he beat the eight-bout veteran in style and laid the foundations for his incredible career in The Home Of Martial Arts.

“I finished my opponent in like two minutes, and that was the best feeling ever,” Khan beams.

“I was so happy, I felt like the king of the world. Words can’t describe it — money can’t buy this kind of happiness.

“It wasn’t about how much I made that night. This was my first time enjoying the big crowd and a big organization. To get the ONE Championship medal, it was a big accomplishment for me.”

Khan has now competed in 18 bouts on the global stage — the joint-second highest of all-time — and performing for the fans now comes naturally to him, but he will never forget his first time and how that match-up set him up for success.

To top it all off, he had his parents live in the arena to support him, and he knew he had made them proud.

“As a son, you want to make your parents proud,” he says.

“I felt they were really proud of me just looking at them. They didn’t even need to tell me — I could see it.”