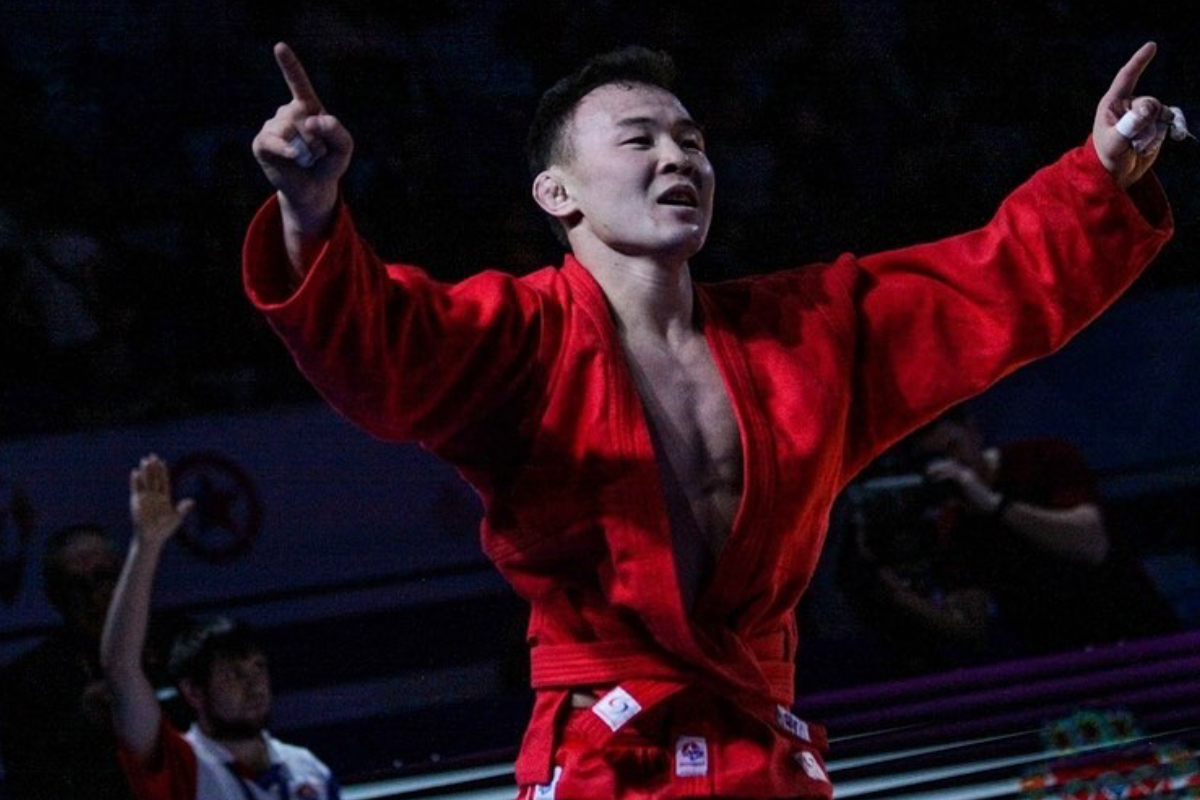 There’s been an ongoing feud between sambo and Brazilian Jiu-Jitsu representatives in ONE Championship submission grappling matches, and so far, the BJJ practitioners have come out on top.

However, promotional newcomer Sayan Khertek is hoping to change the Russian martial art’s trajectory in ONE and win a World Title in the process.

On Friday, January 13, at ONE on Prime Video 6: Superbon vs. Allazov, Khertek will challenge Mikey “Darth Rigatoni” Musumeci for the latter’s ONE Flyweight Submission Grappling World Title.

Although he might be new to ONE Championship and no-gi submission grappling, the Russian is a veteran of world-class competition and brings a host of elite skills into this World Title clash.

With that said, here are five reasons why Khertek will be a real threat to Musumeci’s belt at the Impact Arena in Bangkok, Thailand.

Simply put, the 35-year-old currently sits atop the sambo world and hopes to extend his dominance into submission grappling.

He Has Over A Decade Of World-Class Experience

Khertek is much more than just a recent success story.

He has been competing at the highest levels of international sambo for over 10 years and will bring that wealth of irreplaceable experience with him into the Circle.

Khertek first took home the bronze at the 2012 Sambo World Championships. Five years later, he captured his first of two Sambo World Titles, firmly establishing himself as one of the best sambo competitors on the globe.

Sambo isn’t the only martial art the Russian excels in.

Khertek is a judo black belt and an accomplished competitor in that sport as well, having captured medals at multiple international tournaments.

Like sambo, judo places a great emphasis on takedowns, and Khertek has proven time and time again that he can put some of the world’s top grapplers on their backs.

He Can Smother Opponents From The Top

Throughout his sambo career, Khertek has shown to have crushing top pressure – a skill that could come in handy against Musumeci’s dynamic guard game.

In sambo, competitors can score points for a hold down, which is essentially a pin. The Russian has earned a number of his highest-profile wins by way of hold down, immobilizing his opponents with picture-perfect weight distribution and suffocating pressure.

Whether it be high-amplitude throws or his aforementioned pinning prowess, the ONE Flyweight Submission Grappling World Title challenger will undoubtedly be one of the most physically imposing athletes Musumeci has faced in some time.

Come ONE on Prime Video 6, he’ll need to rely on that top-tier athleticism to counter the complex jiu-jitsu style of “Darth Rigatoni” if he wants to dethrone one of the sport’s brightest stars.