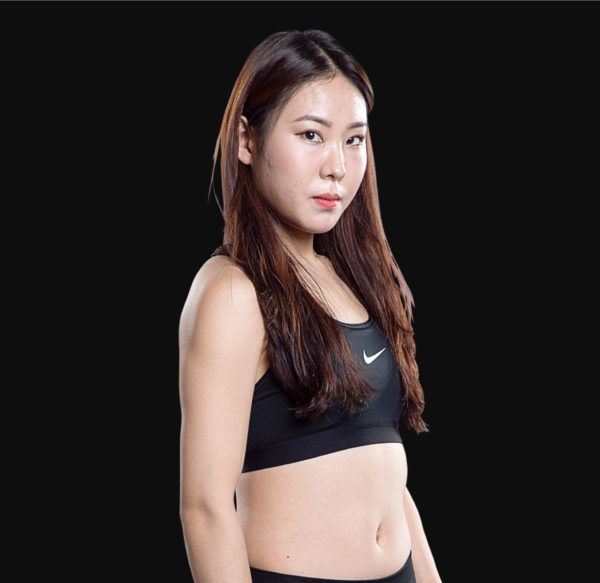 South Korean mixed martial artist “Captain Marvel” Nam Hee Kim hails from Daegu in South Korea. When she was 18 years old, she was inspired by ONE Women’s Atomweight World Champion Angela Lee to begin training in kickboxing and Brazilian Jiu-Jitsu in the hopes of becoming a World Champion like her idol one day.

Kim trains out of Ssen Gym in Daegu alongside Korean featherweight champion Jung Young Lee. She made her professional mixed martial arts debut in a South Korean regional promotion with a win over Soo Yeon Hong, and she was tapped to make her ONE Championship debut soon after. Kim is determined to make the most of this golden opportunity after getting the chance to pursue her dreams and compete on the global stage at just 21 years old.

Avg. Bout Duration
03m : 37s
Total Duration
0h : 03m : 37s
STAY IN THE KNOW Join our mailing list!
Subscribe
Get The ONE Super App The Home Of Martial Arts
Open In App
WATCH.ONEFC.COM Gain access to LIVE events
WATCH
Opponent
Event
View Highlights
Stay in the know
Take ONE Championship wherever you go! Sign up now to gain access to latest news, unlock special offers and get first access to the best seats to our live events.
By submitting this form, you are agreeing to our collection, use and disclosure of your information under our Privacy Policy. You may unsubscribe from these communications at any time.