Geje “Gravity” Eustaquio of Team Lakay is widely known as one of the smoothest strikers in Filipino MMA. The wushu practitioner is famed for being able to remain calm in the face of danger, expertly laying back in the pocket to deliver his lightning-quick strikes.

Early in 2016, Eustaquio ventured into enemy territory when he took on Saiful “The Vampire” Merican in front of the Malaysian fighter’s hometown crowd in Kuala Lumpur at ONE: CLASH OF HEROES on 29 January.

Eustaquio, who is no stranger to operating behind enemy lines, challenged the young Malaysian star to a stand-up battle. Needless to say, it did not end well for Merican.

Just slightly a little more than a minute into the first round, Eustaquio delivered one of his most exciting performances. The former ONE Flyweight World Championship title challenger showcased his trademark counter-striking style against Merican, who opted to press the bout and stalk Eustaquio across the cage.

That aggressiveness proved to be Merican’s downfall. Bouncing up and down and looking light on his feet, Eustaquio waited for Merican to overcommit on his strikes to offer an opening. After Merican opened up with a left hand to close the gap, Eustaquio countered with his own left hand over the top which landed right on Merican’s temple.

The blow was so powerful that it turned the lights off on Merican even before he hit the canvas. The referee had no choice but to step in and call a halt to the contest, awarding Eustaquio with a spectacular knockout victory. 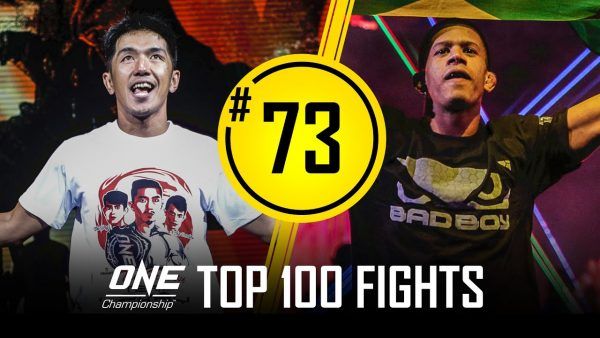