On 7 April, reigning ONE Flyweight World Champion Adriano Moraes will face ONE Flyweight World Grand Prix Champion Demetrious Johnson in the main event of ONE on TNT I! Moraes has been a dominant force in ONE’s flyweight ranks since he captured the inaugural gold against Geje Eustaquio back in 2014. Before he defends the strap against DJ, relive every second of “Mikinho’s” career in The Home of Martial Arts, including his epic World Title wins over Danny Kingad and Riku Shibuya! 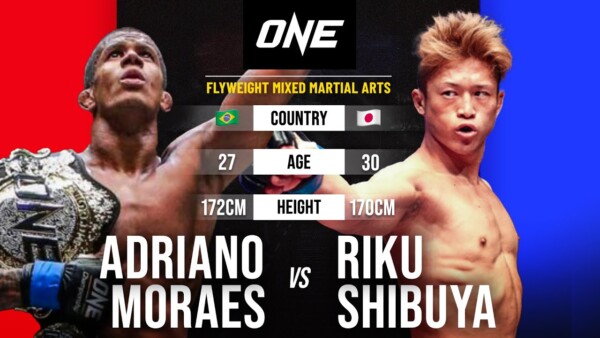