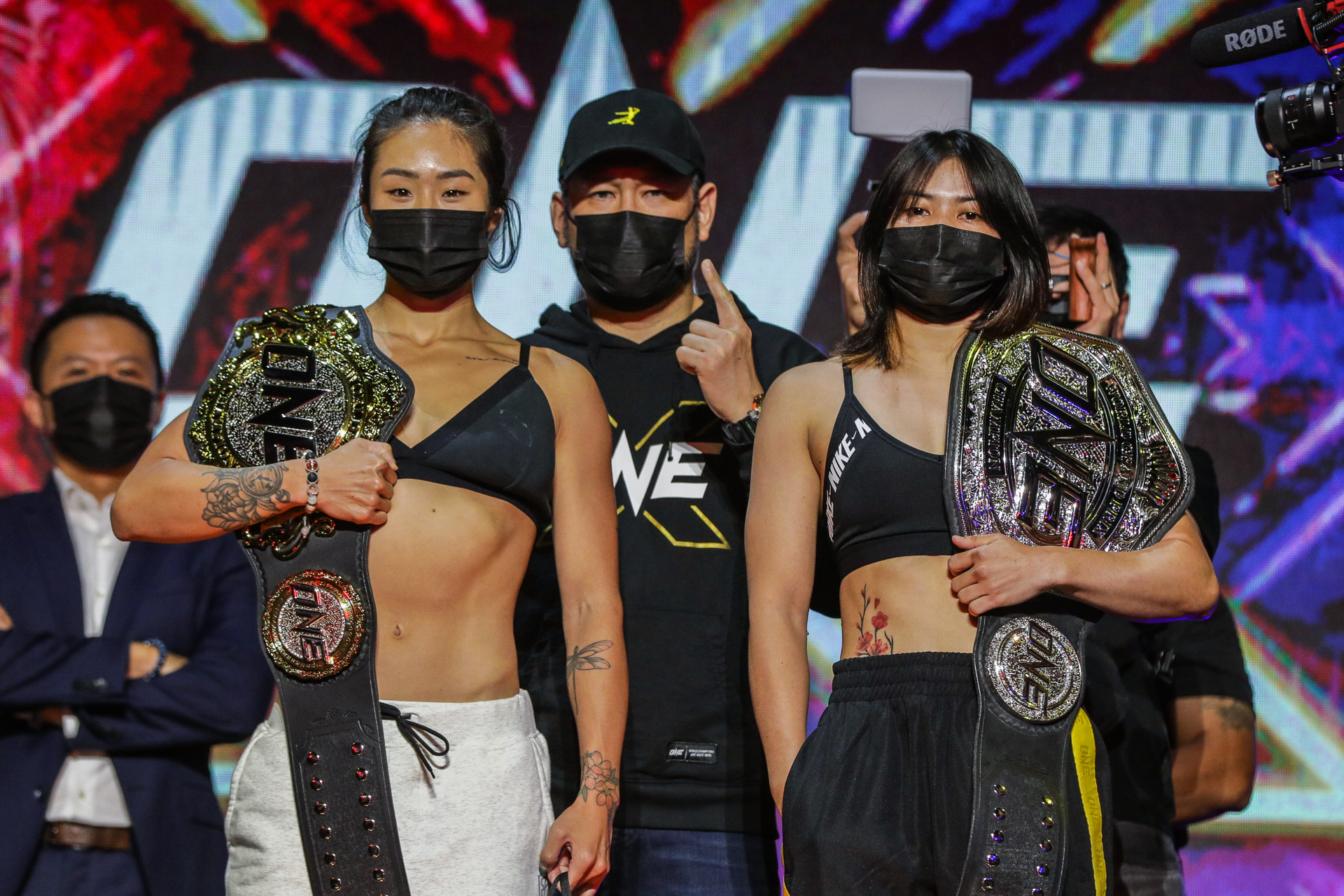 The global fan base is about to find out who is truly the best atomweight mixed martial artist on the planet.

This Saturday, 26 March, ONE Women’s Atomweight World Champion “Unstoppable” Angela Lee will defend her gold against #1 contender Stamp Fairtex in the main event of ONE X.

After a two-and-a-half year break due to pregnancy and motherhood, Lee will make her long-awaited return with the desire to prove that she hasn’t lost a step.

Meanwhile, Stamp is a hair away from becoming the first three-sport ONE World Champion in history. And after winning the ONE Women’s Atomweight World Grand Prix Championship last December, momentum is on her side.

Now, just hours away from this high-stakes clash at the Singapore Indoor Stadium, several of ONE Championship’s finest superstars offer their predictions.

“It’s an interesting one because Stamp is not an MMA fighter, you know? But the last time, seeing her win by armbar, her jiu-jitsu looked pretty good, pretty solid. So, she might be able to do well on the floor – for at least a little bit. And in the stand-up, she has the advantage, most likely.

“Angela is back from a long layoff. She’s had the baby, so I’m not sure which Angela we’ll see. It’s a hard one to predict, to be honest. But the safe bet will be Angela. I guess I’ll go with Angela.”

“I think it’s going to be #andstill. It could end up in a lot of different ways, of course. But I think Angela will take the win because she seems to have a very detailed and specific game plan, better training methods, and a more experienced coach by her side. So, things are looking good. Besides, her dad is good at drafting plans.”

“[I am] Team Stamp. I think that Angela is going to get tired out in the second round, and I think Stamp’s going to catch her with either a knee or an elbow.

“For me, the most suitable term for them both is ‘Catwoman versus Wonder Woman.’ Since Angela Lee has not been around for quite some time, I think Stamp will definitely win this one. Her striking is complete, and then we should see the skills on the ground.

“Stamp is definitely comparable to Angela. We all know that Angela has recently given birth, so [due to this fact] I am sure that Stamp will become the new champion.”

“I’m really impressed with Stamp. I mean, I feel like if they’re going to keep this standing up, I feel like it’s Stamp’s world. But I’ve also seen Stamp; jiu-jitsu is her weakness. So, I believe if it gets to the ground, I feel like Angela Lee has power over that.

“If it’s a striking battle, I think [I am] edging towards Stamp Fairtex. But for Angela Lee, I think she can submit her.”