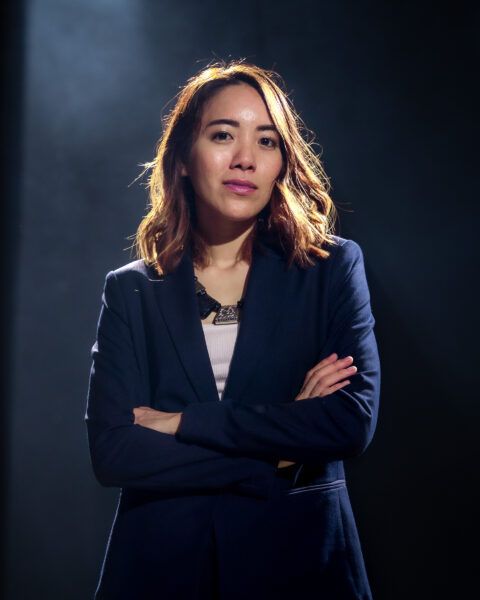 Teirra Kamolvattanavith left Thailand at 15 years old to uncover her life’s story, but she never expected to return almost a decade later as a voice for the unheard.

Now, the Thai journalist will compete against 15 other candidates on “The Apprentice: ONE Championship Edition” in hopes of winning a one-year, US$250,000 contract to work under ONE Chairman and CEO Chatri Sityodtong.

Before she takes part in the toughest “Apprentice” yet, Kamolvattanavith reveals how a stifling childhood transformed her into an investigative reporter. 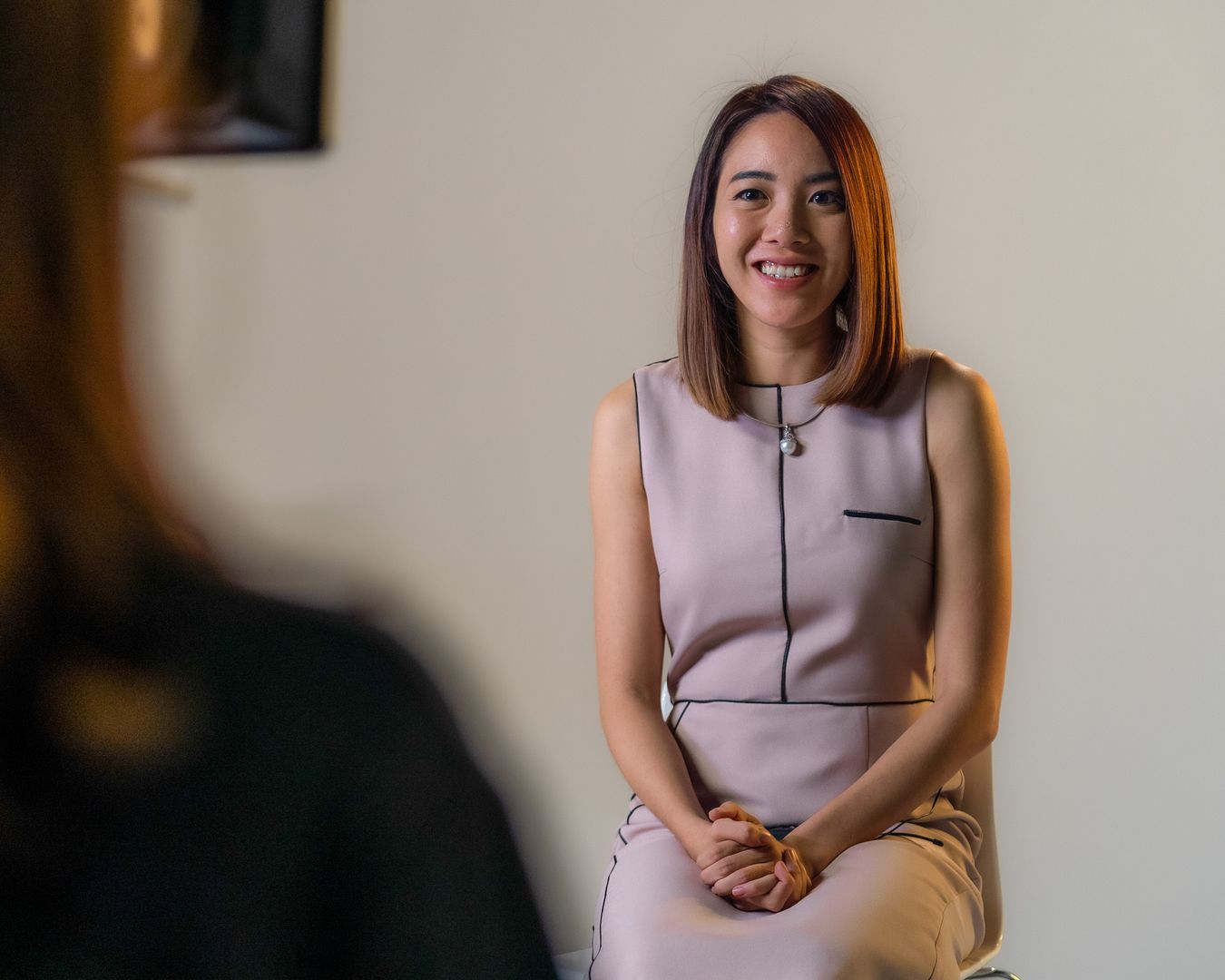 Kamolvattanavith grew up in Bangkok, Thailand, in a conservative household. Her mother was an investor, while her father managed a golf course and factory. Despite the family’s physical closeness, Kamolvattanavith always felt emotionally detached from her parents.

“They didn’t believe that women should be as vocal as men or have as much social power as men, and that was something that really bothered me.”

More troubling, it was something that played out in Kamolvattanavith’s household quite often.

“My opinions and thoughts – anything I was saying – were being repressed because of our differences in views,” the Thai says.

“I was the girl with a lot of opinions and a lot of things to say. I was very vocal, especially about my thoughts, even if they went against the grain.”

Because of that family dynamic, Kamolvattanavith wanted out. So in middle school, she began plotting a way to study at the next level in the United States.

However, there was one thing standing in the way of her ambitions – money. Around the same time that Kamolvattanavith was planning her move to the U.S., her family experienced financial hardship.

“We ended up losing a significant amount of money with a business decision [my parents] made, and that was a financial turning point for us,” she recalls.

“My parents had to start a new business, because they really had to support the family and carry on this financial burden. They had to start something fresh so they could pay off everything and recover financially.”

Still, the young Thai wouldn’t let that stop her. She began to apply to schools on her own and when accepted, the future investigative journalist asked an uncle to help cover the expenses.

“I think he was more understanding. He was the most encouraging out of everyone. He saw the value I could gain by leaving home. He also helped convince my parents,” she says.

Moving To The USA 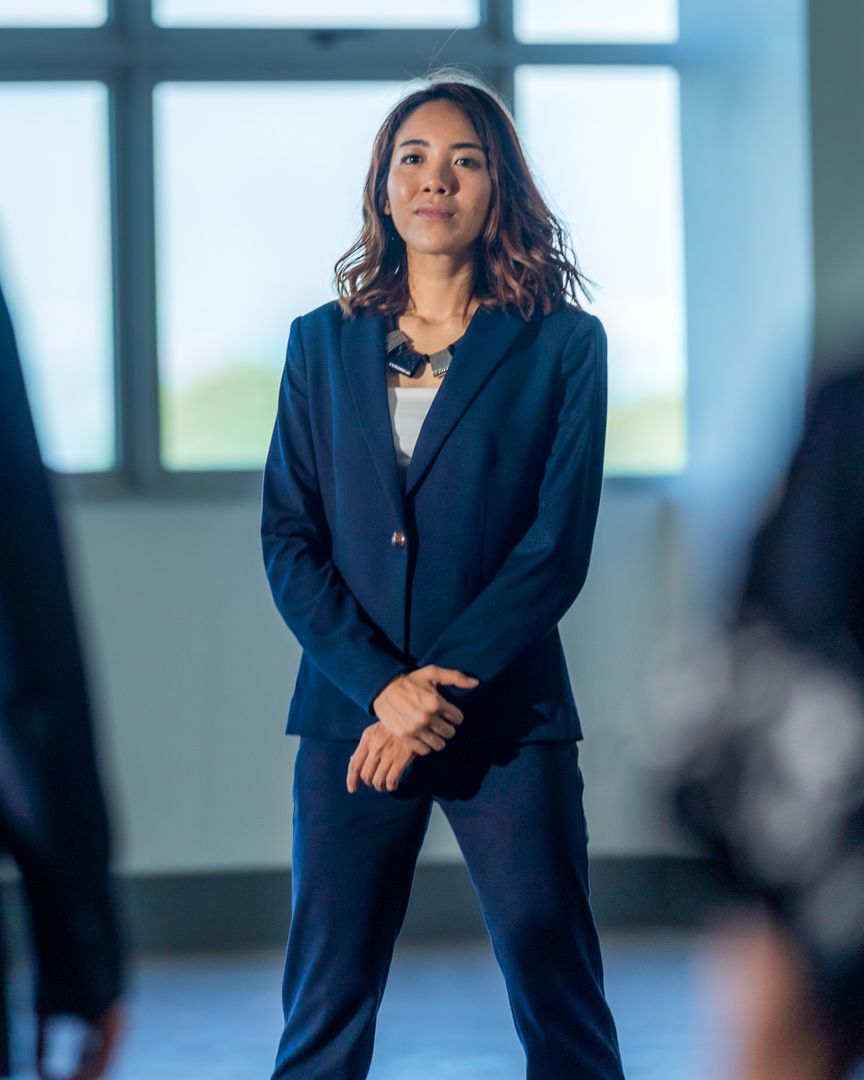 Although Kamolvattanavith’s family was conservative, they reluctantly gave her their blessings to study in the U.S. And with that, in 2009 the 15-year-old boarded a plane for California to enroll at a Catholic boarding school.

“I realized things weren’t gonna be easy. I had no idea how hard it was going to be without anyone to watch out for me,” she says.

She soon learned that not even the staff at the school had her best interests at heart, and this created friction for the Thai in her new country.

“I got into a fight with a nun. They were very strict. They didn’t really understand me. And I was going through depression because I was so alone,” she says.

“At one point they told me, ‘If you’re so sad here, maybe you should just leave and not come back.’

“It was pretty harsh for me to hear that,” Kamolvattanavith adds. “I didn’t have a great relationship with my family, but I never felt so alone until I was in America.”

Ultimately, the young student accepted the nun’s offer. She found another boarding school in California – one that focused on the arts – and was accepted. In the end, that new school would change her life forever.

At the arts school, Kamolvattanavith was able to express her deepest thoughts and feelings. And her turning point came when she performed on stage in front of her peers.

“When I was a senior in high school, I wrote and performed my own one-man show. I was telling the audience a lot of details about my life, about my struggles,” she says.

“I remember thinking, ‘Oh my gosh, I’m telling an audience of hundreds of people these things, and my own parents don’t know anything about me.

“I ended up calling my parents and telling them a little bit about me. I told them I felt very lonely growing up. I opened up to them about how I felt neglected, how I didn’t think they were ever proud of me, and we bonded over that. We cleared the air.”

She even tried theater to challenge people’s perspectives and create a social impact through storytelling, but she soon felt boxed in by the stereotypes and roles that were laid out for Asians. Moreover, Kamolvattanavith was uncomfortable reciting other people’s words to further beliefs she didn’t always agree with.

Although she lost faith in making an impact through theater, she found her passion for nonfiction storytelling when she started to work for a documentary production company.

It was a passion she’d carry with her back to Thailand. 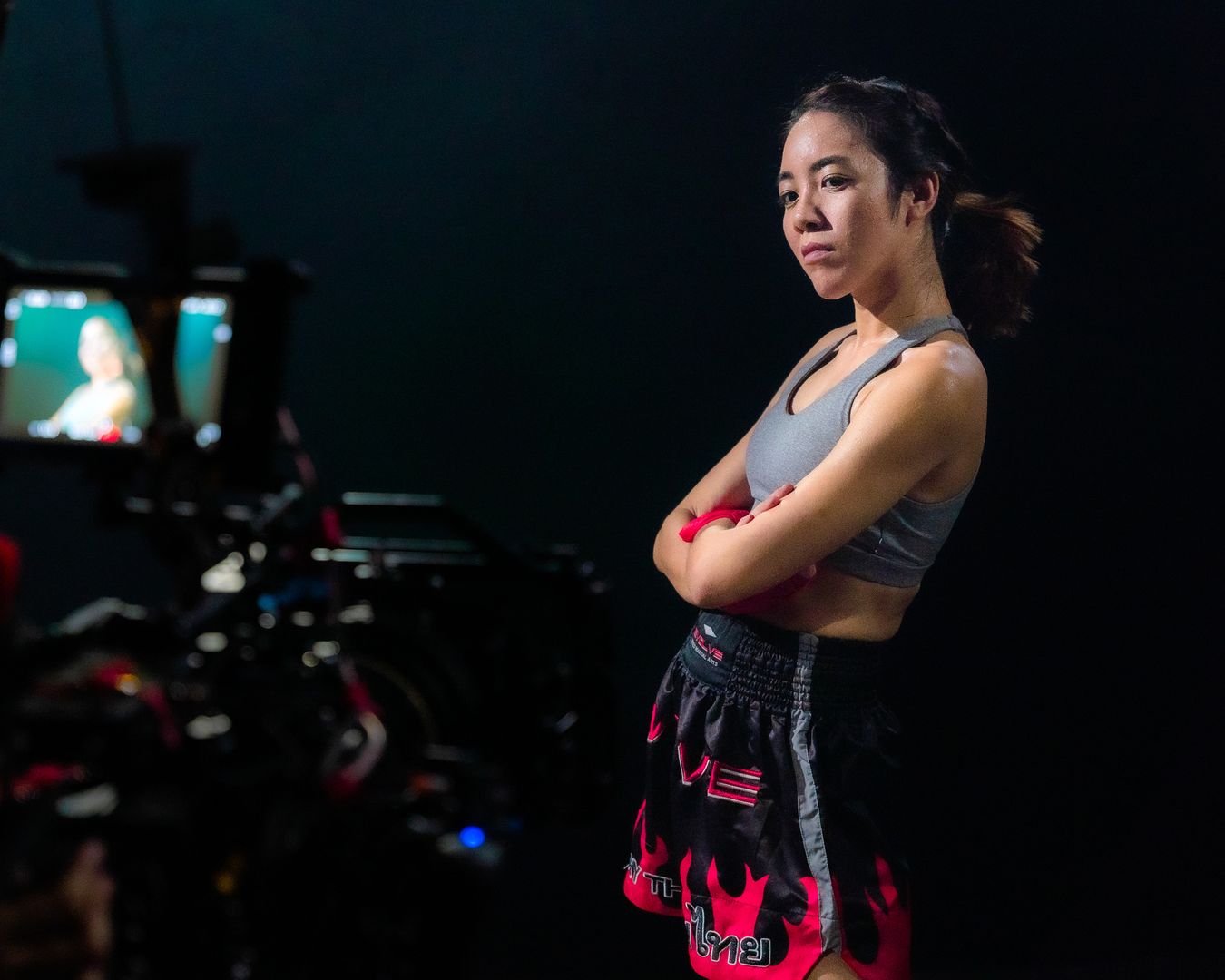 In 2018, six months after graduating from college in the U.S. and nine years after being away from Thailand, Kamolvattanavith felt it was finally time to return home.

“My family was going through problems, and I wanted to be home with them. I wanted to take care of them,” she says.

But she also had to establish her career, and for reasons she would only discover later on, she chose journalism.

“I applied for a bunch of jobs and landed one as a journalist at an English-language publication in Bangkok. That was what truly started my career in journalism,” Kamolvattanavith says.

“Work became so important to me. I was telling untold stories and voicing the unheard. I felt driven by that newfound passion.”

She had plenty of topics to cover during her first year back in Thailand. There was the famous Tham Luang cave rescue and the sinking of a Chinese-run tour boat in Phuket. But the story that she believes defined her young career was the one she wrote on Thailand’s yoga tantric cult in Koh Phangan.

“That was definitely my proudest moment,” Kamolvattanavith says. “It took three months and a lot of sleepless nights because I was interviewing people from around the world. I’d interview someone at three in the morning until four, and then I would have to go to work at nine.

“There was nothing I wanted more. I loved investigating and helping people and hearing stories, especially emotional stories. I felt so involved. I felt like I needed to do them justice.”

Not everything would turn out well for Kamolvattanavith as she adjusted to life in Thailand, though.

Shortly after her return home, she got into a physical altercation with one of her family members that left both her heart and body bruised. Never wanting to be in that predicament again, she took up Muay Thai for self-defense – and the sport has helped her move forward.

Despite the circumstances, Kamolvattanavith still holds her passion for telling stories. In fact, her dream is to run her own production company and tell stories about people and topics that are often ignored. Before she does, however, she wants to try her hand in business. 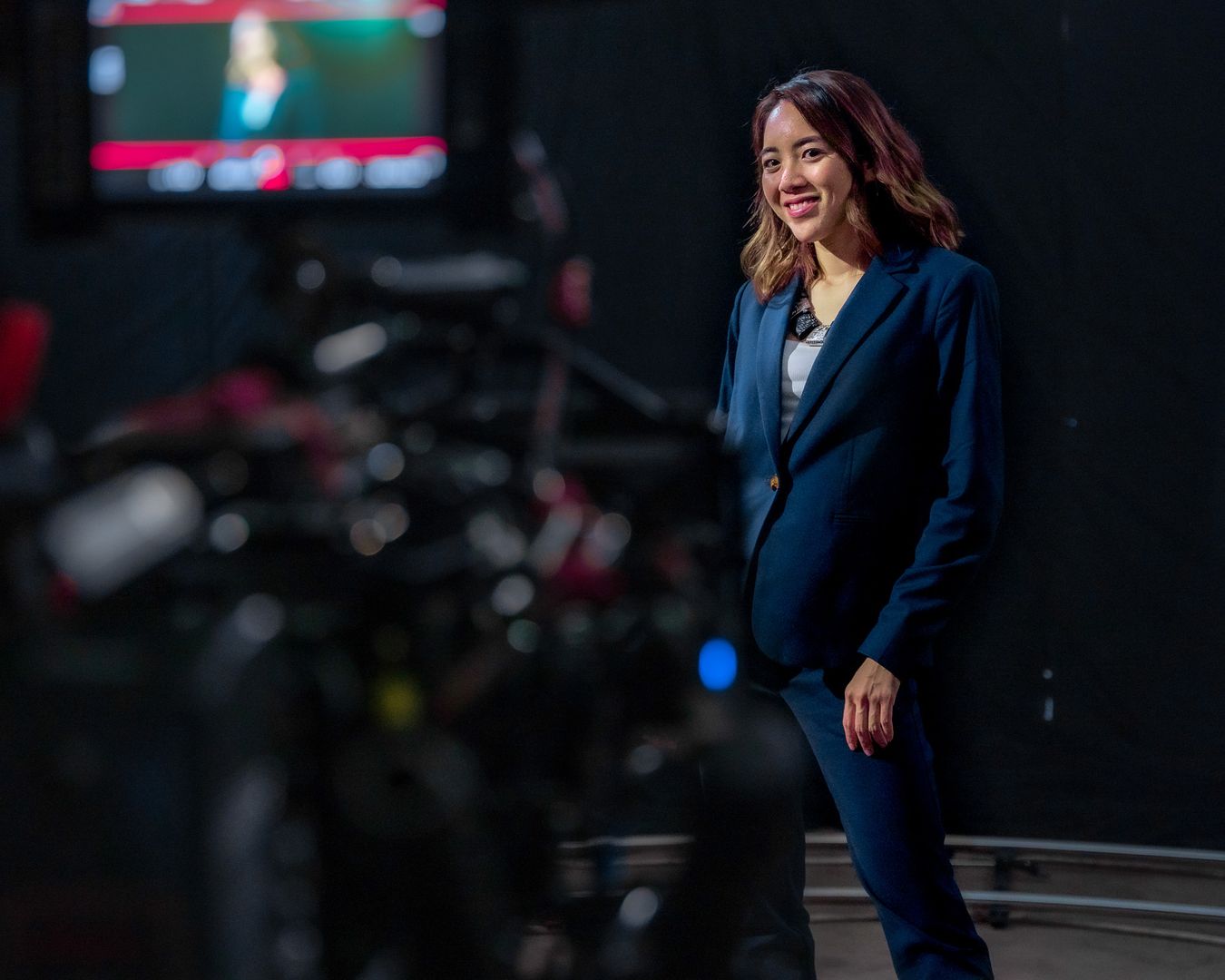 In a sudden change of events, the investigative journalist will now have the production cameras focused on her when “The Apprentice” makes its Netflix premiere in 2022’s first quarter.

After being through so much in life, Kamolvattanavith believes that the physical and business challenges on the show will be no match for her drive.

“No matter how much pain or how much I’m struggling, I don’t quit,” she says.

“I try to tackle problems head-on. I try to understand the root of the problem and try to fix the problem there.”

The Thai also thinks that she’s a perfect fit for the show because although she’s never earned a degree in business, she’d love to get a crash course in the field under ONE’s Chairman and CEO.

“I have always admired Chatri. It would be amazing to be mentored by someone like him. He has a killer reputation in business, and I think being mentored by Chatri will teach me how to start a successful media company,” Kamolvattanavith says.

“I couldn’t imagine a better mentor than someone who built a billion-dollar company from the ground up while staying true to his values.”

The business of telling untold stories – it’s a passion not only found in Kamolvattanavith’s heart, but one at the core of everything ONE Championship does. And should she win the one-year contract to work as Sityodtong’s protege, there’s no question she’ll showcase her brilliance in both.