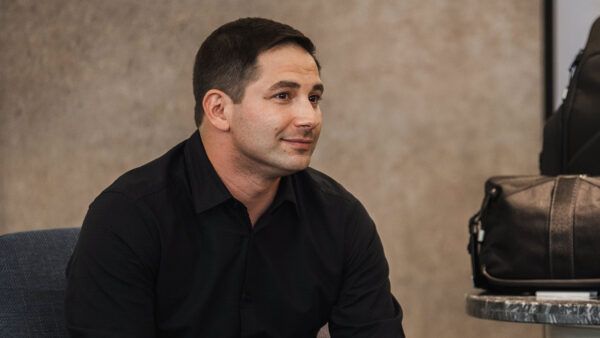 On Episode 9 of “The Apprentice: ONE Championship Edition,” the seven remaining global candidates will work under the watchful eye not only of ONE Chairman and CEO Chatri Sityodtong and his advisor Niharika Singh, but also that of a TUMI brand Vice President.

Adam Hershman, Asia Pacific and Middle East Vice President of TUMI, will use his eight-year-long stint with the luxury travel essentials company to mentor the candidates during the business challenge.

Before he offers his expertise to the candidates, however, here’s what you should know about the Holden, Massachusetts native who will appear on the next episode of the toughest “Apprentice” in history.

Worked His Way Through The Ranks

Adam didn’t start his career with TUMI as a Vice President; he had to work his way up the ranks of the company like ONE Championship athletes work their way up the divisional rankings.

The businessman started with TUMI in 2013 as a Product Manager for men’s core products in New York City. Over the next four years, he worked his way up the corporate ladder, eventually becoming a General Manager in China.

In January 2020, however, he became the Vice President of TUMI’s Asian Pacific and Middle Eastern markets, and he’s held down the position ever since.

Adam’s strengths might lie in the boardroom, but he’s also a former athlete who knows how to mix it up on the playing field as well.

During his college years at Colgate University in Hamilton, New York, he played varsity lacrosse for the Colgate Raiders. On the team, he excelled with the lacrosse stick and did exceptionally well in face-offs.

In fact, during his sophomore year on the team, he was often responsible for leading the Raiders to vital victories, which earned him honorary mentions on the team’s news website.

Adam has been pivotal in TUMI’s growth over the last eight years, but now, he’s looking to take that growth to the next level.

TUMI originally catered their products to travelers looking for luxury luggage and travel accessories. However, the company has recently branched out into the world of esports, where they now create high-end gaming bags for esports athletes.

With that said, could we possibly see the business challenge of Episode 9 focus on esports in some way? Tune in to the next episode of “The Apprentice: ONE Championship Edition” on AXN at 8:50 p.m. on Thursday, 13 May, to find out!