When “The Apprentice: ONE Championship Edition” premieres on Netflix in 2022’s first quarter, some of the 16 candidates may get the jitters. But not Niraj Puran Rao.

Rao is no stranger to reality TV. In fact, he’s a former winner of one of India’s most popular reality shows. Now, he will take his on-screen poise and compete for a one-year, US$250,000 contract to work directly under ONE Chairman and CEO Chatri Sityodtong.

Rao holds an MBA in Sports Management from Symbiosis International University in Pune, India. He has also played professional soccer and tested his mettle in bodybuilding before becoming an entrepreneur.

Ahead of the Netflix premiere, we ask the Indian entrepreneur and athlete 10 questions about his childhood inspirations, the importance of adaptability, and more.

Niraj Puran Rao: Both of my parents were in the Indian Navy. After my father got recruited for the United Nations, they shifted to Israel, and I was born there. We stayed there for two years, and then we shifted to Pune, India.

My parents never forced anything on me, and most of the decisions in life were taken by myself.

ONE: Who were your role models growing up?

NPR: Two footballers, Cristiano Ronaldo and Andrea Pirlo, influenced my childhood. The main thing that I learned from Pirlo is how to be calm under pressure.

When I was 20 or so, I read the autobiography by English business magnate, investor, author, and philanthropist Richard Branson. It was titled “Losing My Virginity,” where he talks about his life.

After reading it, I wanted to lead a life like him. He came from nowhere. Whatever he achieved, it was through sheer hard work, determination, and having fun along the way.

He is such a unique businessman because he gives importance to the element of fun. I have read lots of biographies, but he is different from others. I realized that we have to do something huge in life, but if you are not enjoying it while doing so, there’s no point.

ONE: How have sports shaped your life?

NPR: I think while growing up, sports are really important for all children. Because I was into sports, I never indulged in bad habits like smoking or drinking.

I was one of those guys who was always sports-centric and wanted to push themselves to the limit. A good physique due to sports adds to your confidence, too.

If you have to achieve a goal, you have to work hard for it. The values of discipline, teamwork, communication, and people dynamics were taught to me by sports.

Sports also provide you opportunities to play with lots of types of people. Some have a different temperament, some are calm and composed, some are really aggressive, and some are overthinkers.

Honestly, I got a crash course [through sports] in people management.

ONE: Why did you choose to apply for “The Apprentice: ONE Championship Edition”?

NPR: For me, “The Apprentice” is a platform where I can compete with people all around the world. Competition really drives me.

This was an opportunity where I could compete – not only in business but also in sports. Knowing myself, I could not let this opportunity pass. It was just perfect for me.

As soon as I came to know about this competition, I appeared for the auditions.

ONE: Why do you want to work under ONE Chairman and CEO Chatri Sityodtong?

NPR: I am a big believer in people and the energy inside them. Some people just showcase that brilliantly. If you want to achieve something in life, you need to be around such kinds of people who have done great things or are still doing them.

Chatri, knowing his story, where he comes from, and where he is now, if I get a chance to spend some time around him, I think I can learn a lot. Chatri has made a huge impact on the world in so many ways, and he still is.

I am pursuing the same dream. This is one reason why I want to work with Chatri.

ONE: “The Apprentice” will feature Asia’s top CEOs and ONE superstar athletes. How excited are you about this?

NPR: I am very excited because sports and business have never come together in such a way before. “The Apprentice: ONE Championship Edition” is a very unique concept, which the world has never seen before. I am grateful that I have this opportunity.

As for Asia’s top CEOs and the top athletes of ONE Championship, it’s a recipe for a perfect dish. When so many good ingredients come together, you are bound to get the best dish.

ONE: In 2017, you won India’s “Asli Champion.” Do you think the experience of being on that reality show will help you on “The Apprentice”?

NPR: The experience from my last reality show in 2017 is going to help me a lot. I feel that I am very much in place here. I have been in front of the camera before, so it is an advantage. It will not affect my performance in any way because I won’t be conscious about being there.

ONE: What kind of tasks are you expecting, and how are you preparing for them?

NPR: I am still not sure what kind of tasks we will face. In terms of preparation, as soon as I received confirmation that I would be a part of the show, I started going to the gym for the past one-to-two months. I have enrolled in different kinds of training like HIIT and CrossFit.

I am reading business case studies from all around the world in the fields of marketing and research. Apart from reading, I am watching lots of YouTube videos and listening to podcasts on business, too.

ONE: You were a soccer player and now an entrepreneur and a reality TV star. How do you adapt to these different roles?

NPR: When I was pursuing my MBA, I used to attend college for seven-to-eight hours and then hit the gym for three hours.

While going to college in the morning, I used to tell myself that I am a college student who likes to work out. It was like a reset button, where I would give priority to college and my studies till 5:30 p.m.

In the evening, I would tell myself that I am a professional athlete who also has to attend college, and so that way, I would prioritize my work out.

It was just a mindset – or call it a mental trick. When you are going to do something, the main thing is to do it no matter what. I feel that if you want to create an impact on the world, you will have to do three-to-four things simultaneously, and you will have to keep switching your roles while being comfortable at it.

Consistency is the key. It separates you from the average. 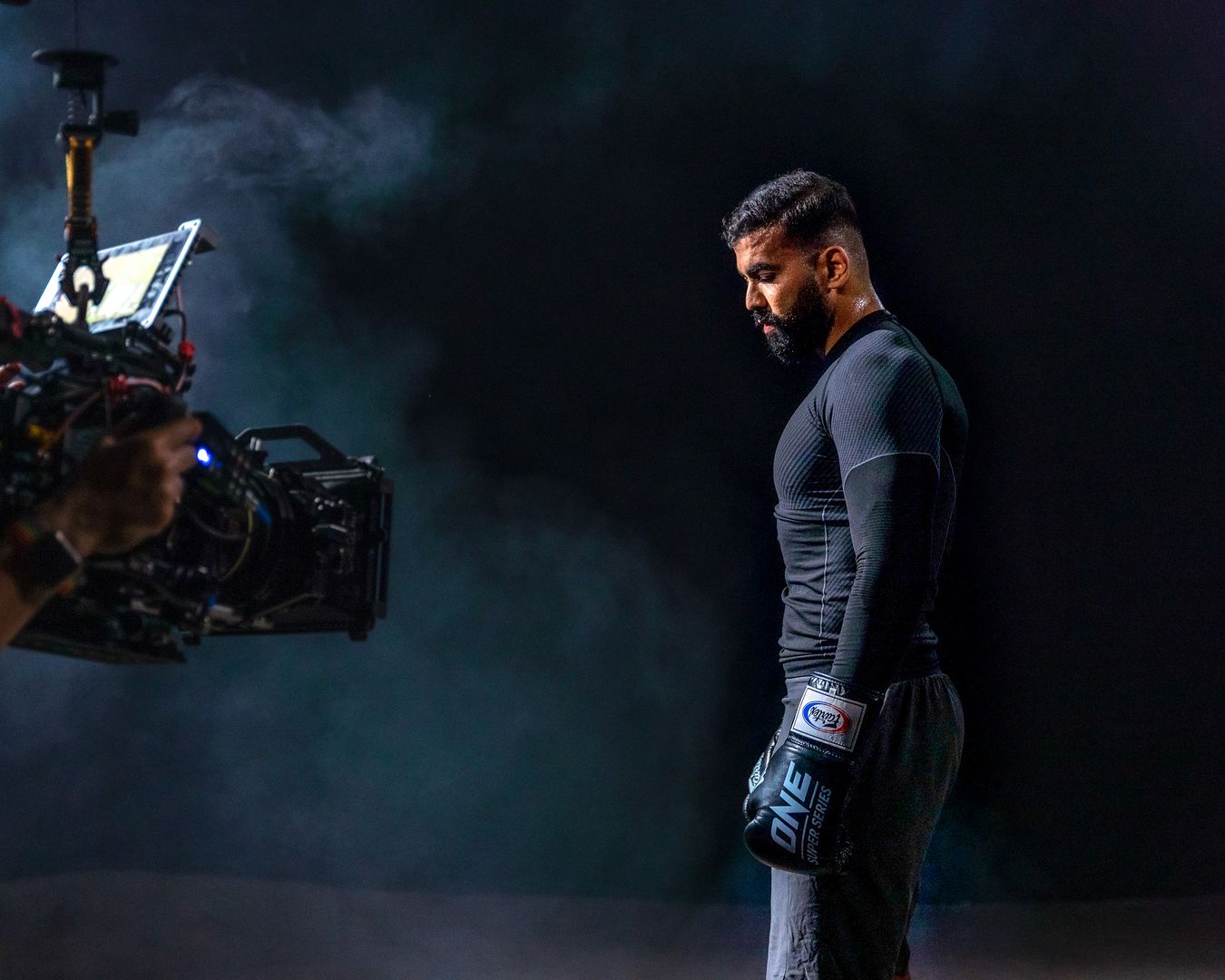 ONE: What are the qualities that define you?

NPR: I am always looking for a challenge, and it is a status quo for me. It has been happening throughout my life. If I feel that this is something I can do, I want to challenge myself to do it in a better way. This is something that really drives me.

Second, I am very adaptable and flexible in my approach. Because of it, I am always looking for an opportunity. You can say I am an opportunist.

People might perceive it in a negative way, but I think opportunists are the ones who really change the world. If an idea doesn’t make sense for most people, but my gut tells me otherwise – and if it excites me – I will go for it.