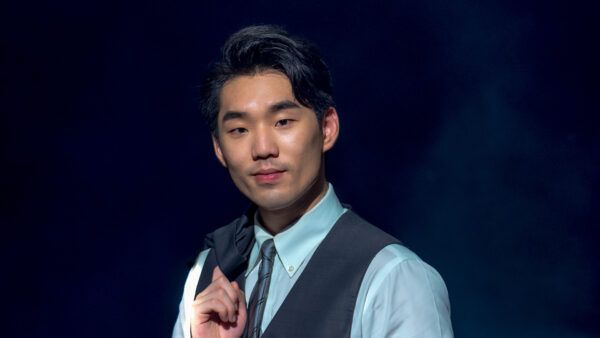 Risk-Taker Eugene Chung Hopes To Inspire Others On ‘The Apprentice’

Many people would say that 24-year-old Eugene Chung is driven. The Pace University alumnus graduated with a degree in entrepreneurship and is hoping to build those skills under the watchful eye of ONE Chairman and CEO Chatri Sityodtong.

Chung will get the chance to do so as the youngest candidate on “The Apprentice: ONE Championship Edition,” where he will try to earn the US$250,000 contract to work under Sityodtong.

Before the Netflix premiere in 2022’s first quarter, Chung details leaving home at a young age, what made him want to join the martial arts rendition of the hit reality show, and his desire to be an inspiration to his peers.

Embarking On His Own Path

Chung is a risk-taker, and there may not be a better illustration of that than his decision to pack up and move to New York City at the ripe age of 18.

Feeling isolated in Hawaii, the first-generation Asian-American believed that living in the contiguous United States would expand his horizons. And after researching which universities would offer him scholarships, Chung made his way to the bright lights of NYC.

“I had to take care of myself and learn how to get my stuff together. I moved to New York City all by myself with no family and no friends. I had to figure out my own way,” he says.

“I was kind of insecure. I was an introverted kid, and coming to New York, I learned a lot about how to open up and meet people. My EQ [emotional intelligence] got a lot higher just based on the people I met.”

The Hawaii native shied away from the typical social activities of his college counterparts. Instead, he learned from his growing network of working professionals to mature more quickly and learn from their successes.

But being forced to grow up quickly also allowed Chung to reflect on his childhood. And, more importantly, it let him gain perspective on the troubles he gave his mother, who raised him all on her own.

“I always was kind of a troublemaker growing up as a kid. I gave my mom a very hard time because of that,” Chung says.

“I never had the full picture of it until I started living by myself. You don’t really appreciate things until you don’t have it anymore.”

Absence makes the heart grow fonder, and during that time away, Chung fully realized what he had left behind – his hero.

“It was one of those things where once I started realizing the different flaws I had, different things I shouldn’t be doing because I don’t have anyone else to go back on, that’s when I really started appreciating my mom and everything she does for me,” Chung says.

“I just want to figure out a way to make her proud and pay her back for everything.”

Seeing Himself In Chatri

While forging a path of his own in “The Big Apple,” Chung found himself identifying with ONE Championship’s Chairman and CEO. He noticed similarities in their upbringing and in the way that martial arts have played a pivotal role in both of their lives.

“Ever since I read up on Chatri when I was in college, I noticed he came from a very similar background to me,” Chung says. “He didn’t grow up with a father. He was also kind of a troublesome child. He got saved by joining a Muay Thai gym.

“He was set on the right path from that, and for me, I was a very troublesome kid until I actually joined a mixed martial arts gym. Mixed martial arts saved my life. My coaches and my team members were like my family, and without them, I wouldn’t be the person I am today.”

Because Chung could relate to Sityodtong, it spurred him to take a shot at joining “The Apprentice: ONE Championship Edition.” More than anything, it was a way to connect with his inspiration.

“One of the biggest things for me was actually to meet Chatri and to immediately see what I could learn from him. For me, I was like, ‘Okay, I just need to figure out a way to cross paths with him, someway, somehow.’ And this was a really good opportunity,” Chung says.

“He was able to achieve all his goals. He was able to build a billion-dollar company. He also supported his mom. He started doing things that are some of my goals.”

Ultimately, the stars aligned as Chung set himself apart from the crowded field of applicants by using his strengths in digital marketing and social media.

It was an Instagram video that caught the attention of Sityodtong, who shortlisted the American for inclusion in the competition.

“I don’t want to say it was destiny, but it just felt like it in my gut,” Chung adds. “I was like, ‘You better at least attempt to try and do this.'”

His Plan To Inspire A Generation

As Chung makes his bid to win “The Apprentice: ONE Championship Edition,” he also hopes to use his spot on the series to inspire fellow Gen Z professionals to follow their hearts.

“I want to be on the show to inspire people to chase their dreams. That no matter what situation you come from, no matter your background, no matter what your age is – if you put the work in, it can happen,” Chung says.

“That’s the biggest thing I want to do for my generation. I just want to inspire them to not let anything stop you from being you.”

So far, Chung has embodied that notion. He’s a first-generation Asian-American who made his way from the islands of Hawaii to New York City all on his own while continuing to pursue his dreams.

“Either way, you’re going to your next level.”