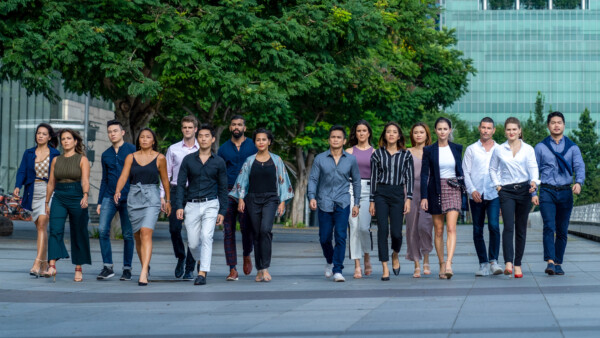 Off To The Races: Recapping Episode 1 Of ‘The Apprentice’

From the opening scene of “The Apprentice: ONE Championship Edition,” it became very clear that this was, in fact, not your grandfather’s “Apprentice.”

The teams were immediately decided, the first physical and business challenges were set, and each candidate was put to test.

Here’s what went down on the first episode of the toughest version of “The Apprentice” yet. 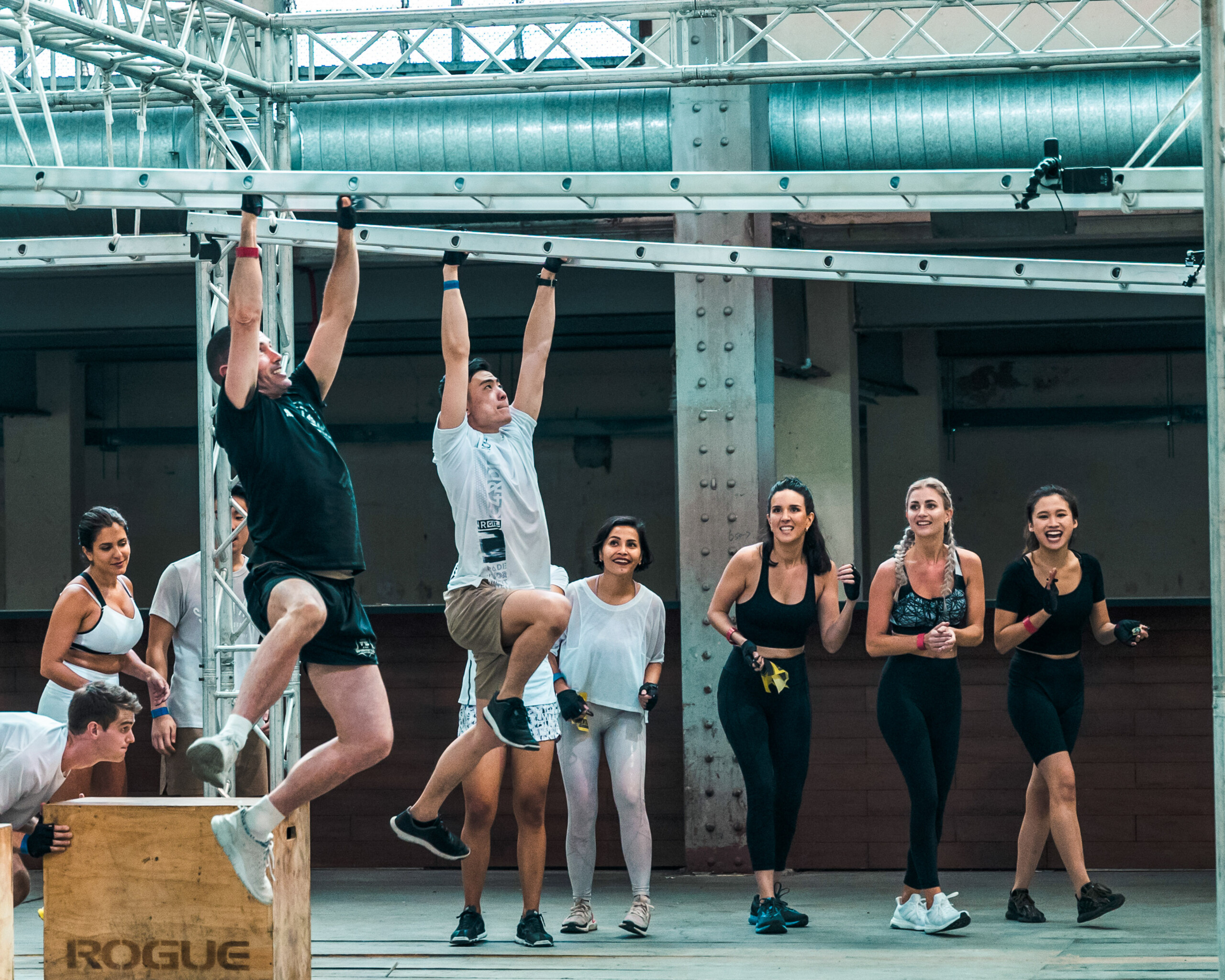 When the 16 global candidates arrived in Singapore, Task Captain Dom Lau welcomed them to their first physical challenge – an intense relay race that would test their speed, strength, agility, and endurance.

Before the physical challenge began, the candidates were divided into two teams – the Red Team and the Blue Team. Also, they were reminded that they had to finish the race together.

The relay itself included a 2-kilometer run, rope climb, monkey bar crossing, crate pushes, and tire flips. At the end, a participant from each team had to throw a javelin through a tire.

In the end, the Red Team won the challenge. 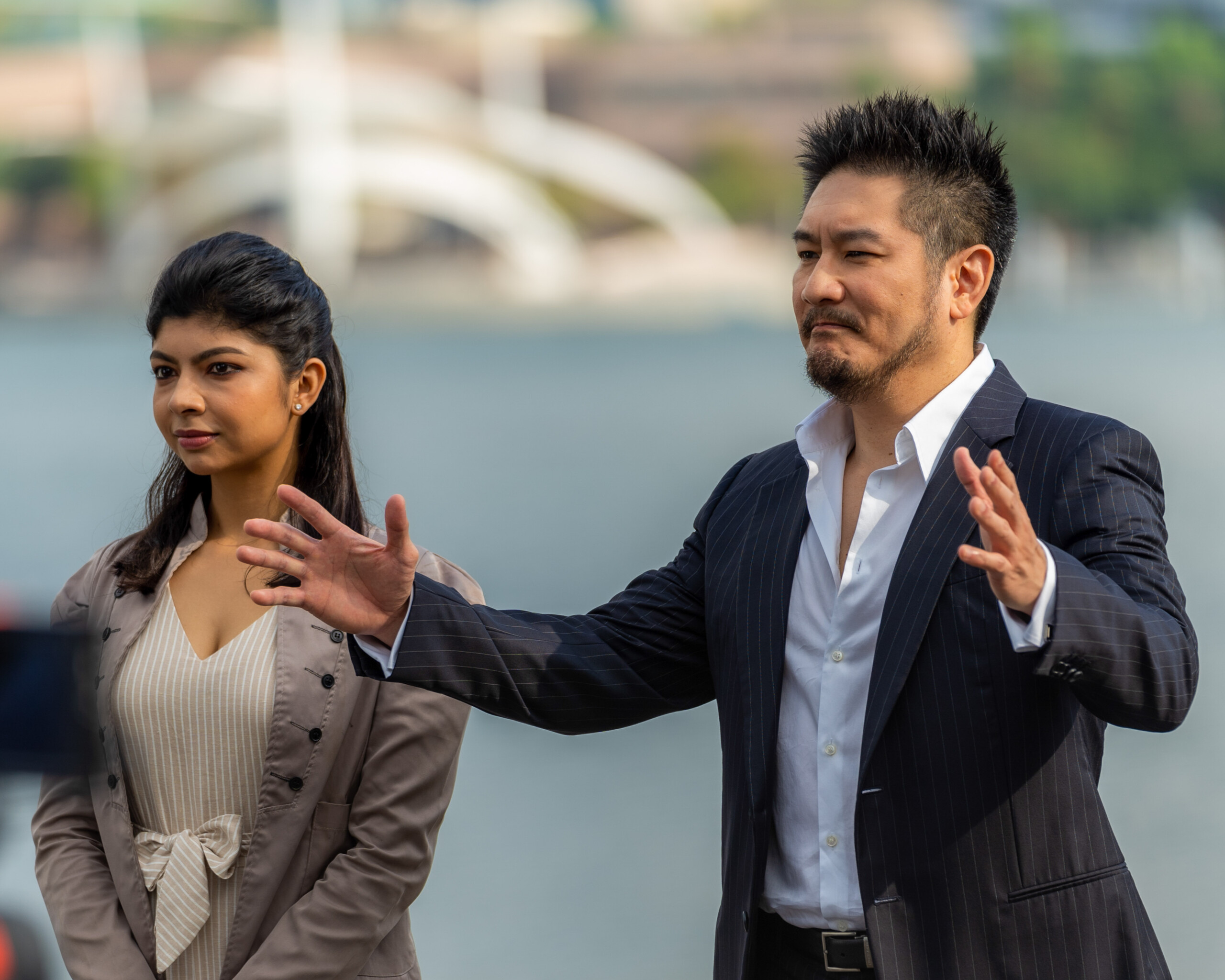 The candidates were then brought to Marina Bay to decide their team names and meet both ONE Chairman and CEO Chatri Sityodtong and his advisor, ONE Senior Vice President of Corporate Development and Strategy Niharika Singh.

Then, both squads revealed their names.

Chatri and Niharika then reminded the 16 candidates what kinds of business and physical challenges they’ll face during the course of the show and what’s at stake – the one-year, US$250,000 contract to work under the ONE Chairman and CEO as his protege. 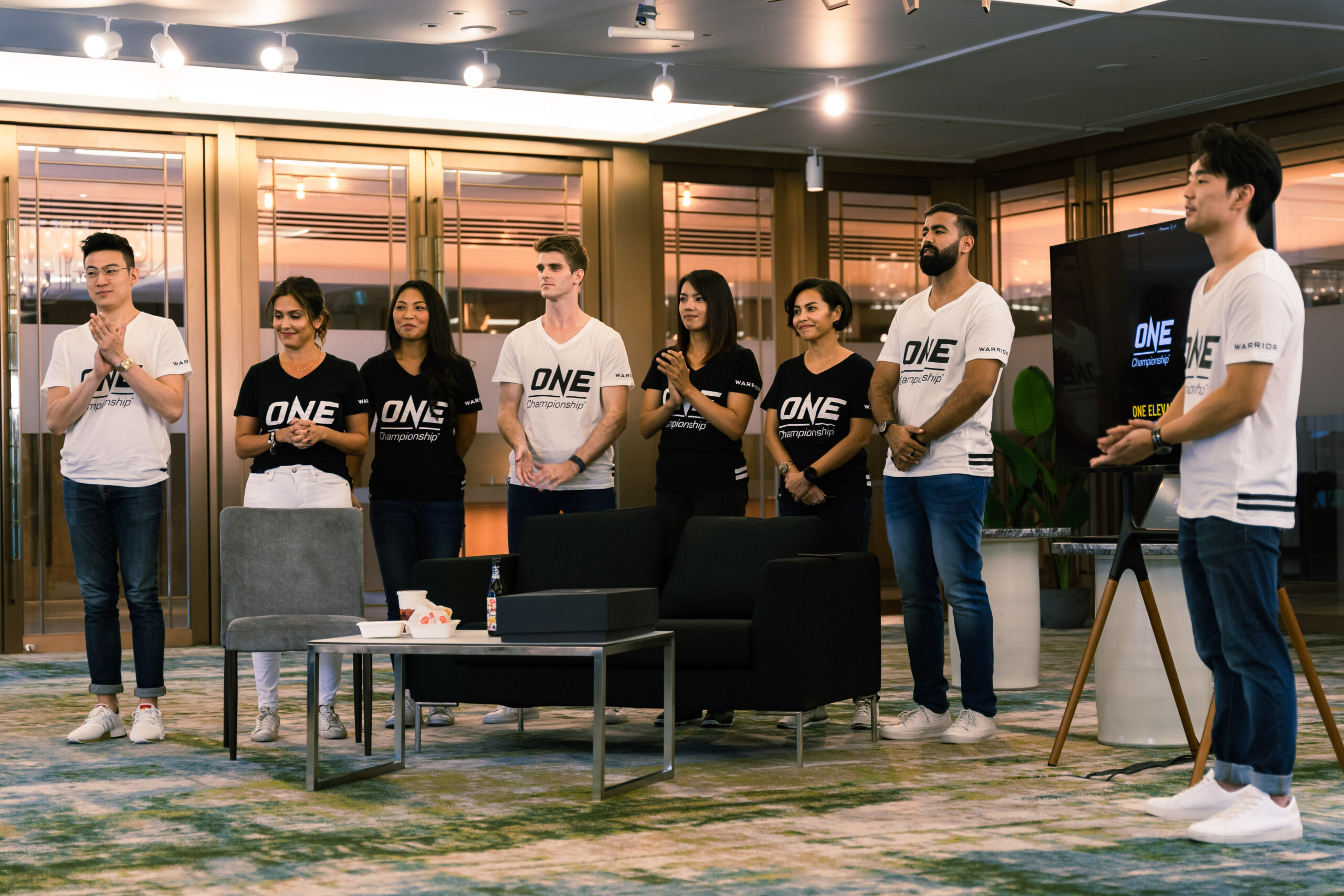 Episode one continued at Andaz Singapore, where Team Valor and Team Conquest received their first business challenge – to create a “ONE At Home” Fan Experience.

Each team had to design a worthwhile product, build an effective marketing plan, come up with the prototype, and present it to both Chatri and Niharika.

The candidates retreated to their respective meeting rooms to decide who their Project Managers would be and brainstorm their ideas. Team Valor picked Clinton as its first Project Manager while Team Conquest chose Nazee.

From there, it became a tale of two different leadership styles.

Clinton was vocal and focused mostly on his own vision of Team Valor’s product, which led to some early friction between team members. However, Nazee delegated tasks to her teammates and united everyone, which led to more harmonious strategizing. 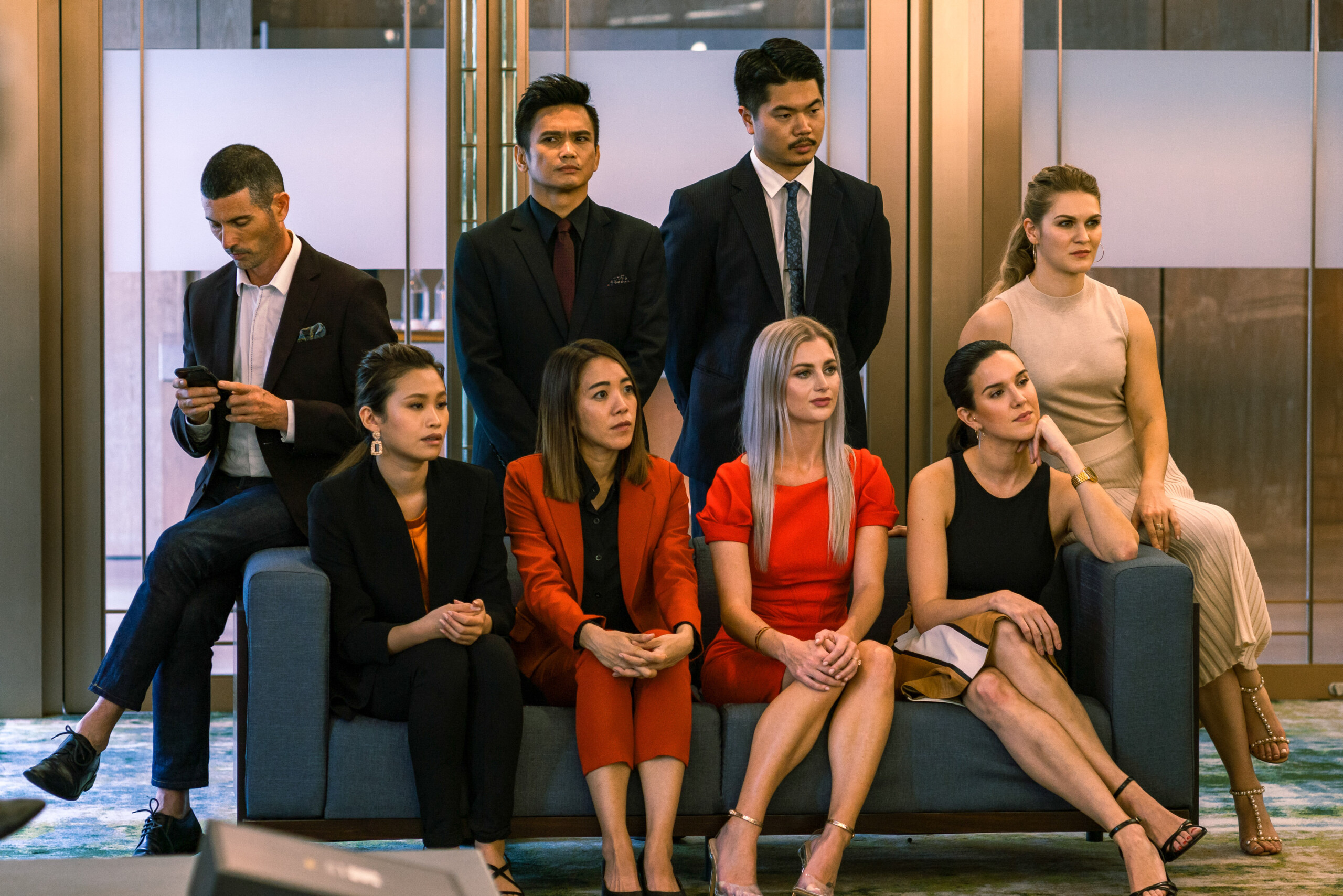 Team Conquest pitched its “ONE At Home” Fan Experience box to Chatri and Niharika first.

Acting as the team’s presenter, Niraj took everyone on an engaging journey with the team’s digital user-friendly kit, which also included a limited-edition fight card featuring ONE Atomweight World Champion “Unstoppable” Angela Lee and a voucher for a ONE Championship burger.

When Clinton pitched Team Valor’s “ONE At Home” prototype, the reception wasn’t as warm. The New Zealander read from his phone, and he appeared to be more nervous than Niraj.

However, Team Valor’s luck changed when Jessica stepped up to deliver the marketing plan. Also, the prototype featured many goodies including a “Welcome Message” from Dom, an assortment of food vouchers, a keepsake from a ONE Championship athlete, and the chance to attend a live show.

Stepping Into The Boardroom 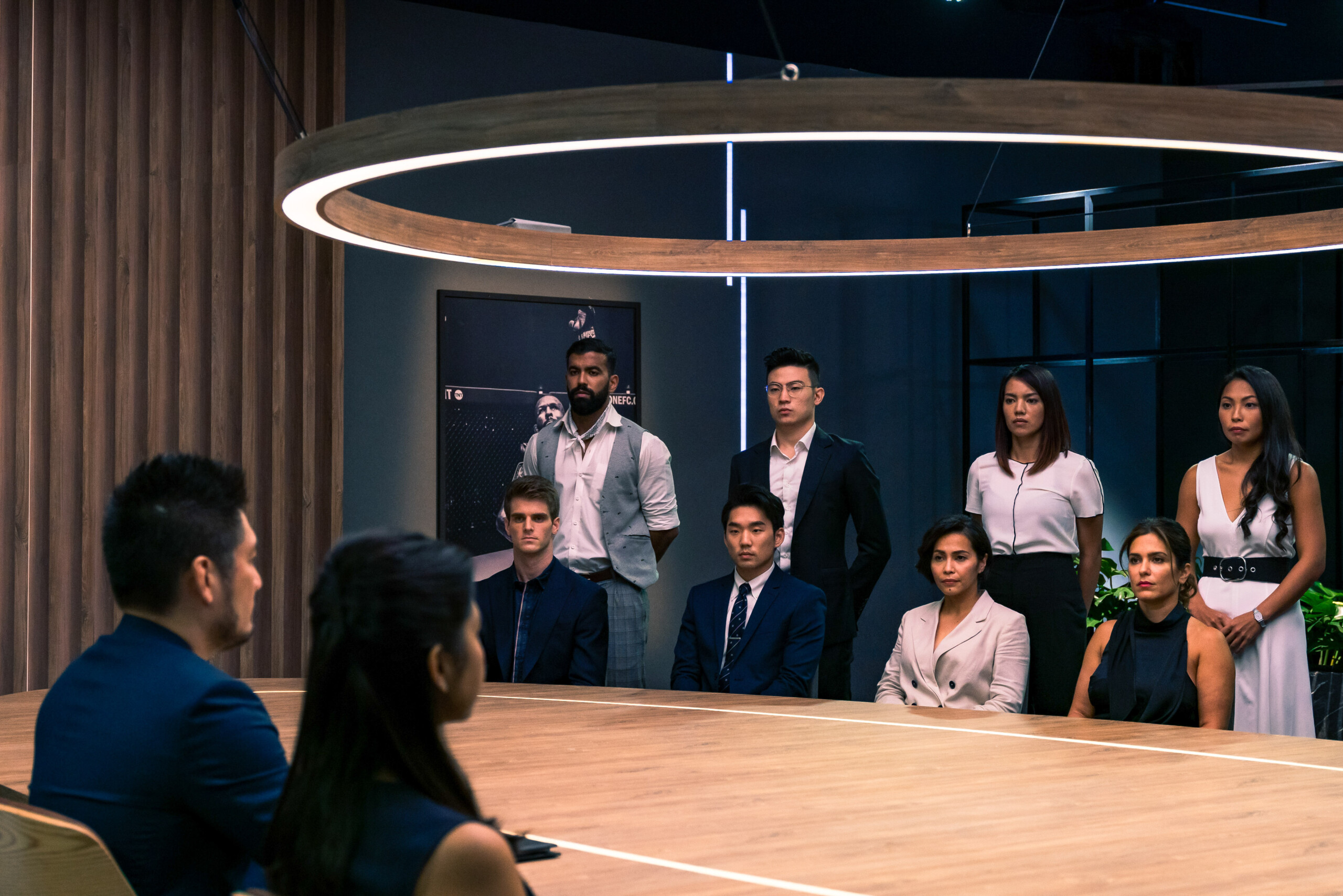 Later in the boardroom, Chatri and Niharika gave feedback to both teams.

The ONE Chairman and CEO praised Team Conquest for its stellar presentation, but he admitted that the product didn’t live up to ONE’s core brand. He praised Nazee as a Project Manager for her delegation skills, especially with her choice to pass the presentation over to Niraj.

Team Valor’s pitch received criticism, especially since Clinton was reading his presentation off his mobile device. However, Sityodtong thought the team’s product was superior to its rival’s. He also praised Jessica for saving her team after delivering a passionate marketing plan.

After asking both teams who they thought held back their respective groups, Chatri announced Team Valor as the winners of the first challenge. 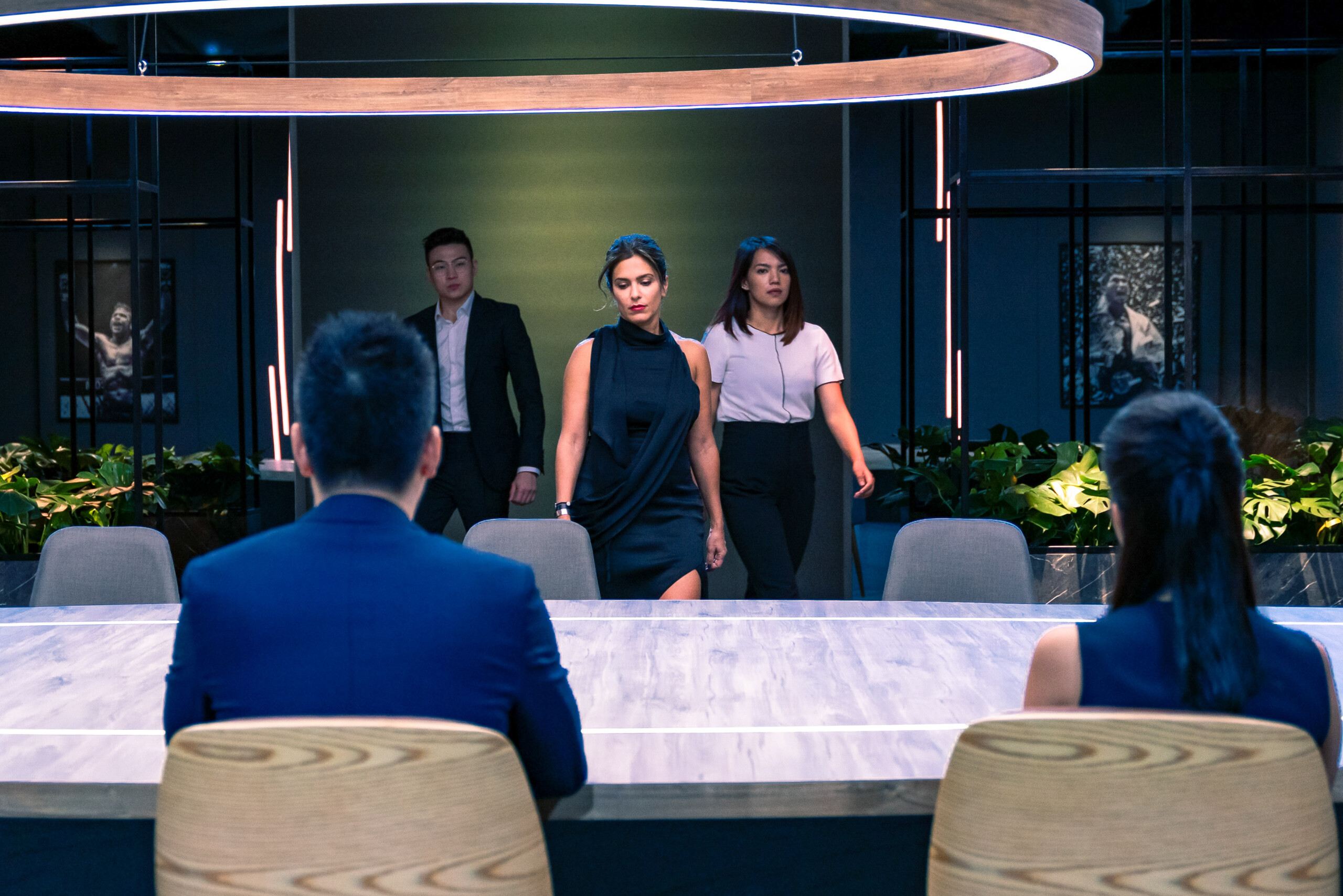 Since Team Conquest lost the first challenge, its Project Manager – Nazee – had to return to the boardroom. She brought along Lara and Alvin to meet with Chatri and Niharika to find out which one of them was going home.

Chatri was disappointed that Alvin’s copywriting skills didn’t live up to his team’s expectations, but he praised the young Singaporean for his passion for martial arts.

The ONE Chairman and CEO also shared his disappointment with Lara, who he believed should’ve contributed more to her team being a longtime martial artist. With that said, he appreciated the way the Filipina stood up for herself in the boardroom.

As for Nazee, Chatri called her a rockstar and praised her blossoming leadership skills.

With the tension high, Chatri told all three of them they could stay on the show and then delivered a passionate monologue that encouraged them to think deeply, learn, and look for something in themselves.