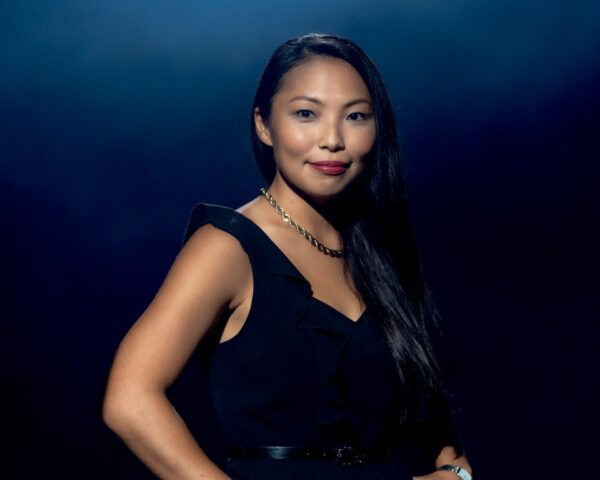 How Gymnastics Led Joy Koh To Discover Her Life’s Mission

Koh will compete on “The Apprentice: ONE Championship Edition” for a chance to win a US$250,000 contract to work under ONE Chairman and CEO Chatri Sityodtong.

Before she does, however, the Singaporean explains how gymnastics distorted her self-image and why her mission now is to make sure the same doesn’t happen to today’s youth.

Walking Her Own Path 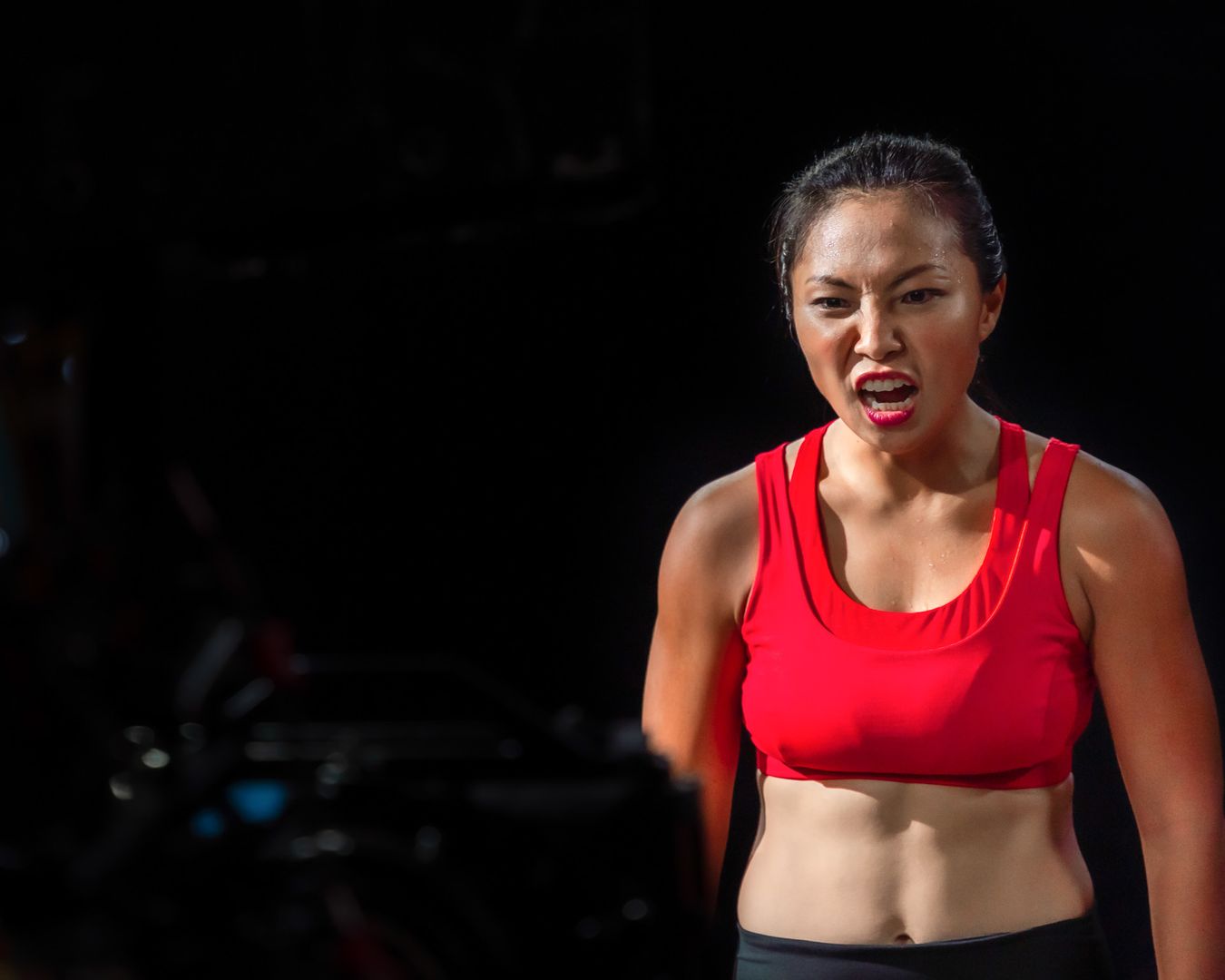 Born into a Chinese-Singaporean family, Koh was the youngest of three children, and oftentimes, that meant she wasn’t held to the same rigid standards as her older siblings.

In fact, Koh’s father and mother gave her a lot more freedom to choose what she wanted to do in life. For the then-8-year-old girl from Singapore, that meant taking up gymnastics.

Despite her parents fearing that she’d get hurt or fail to launch a professional career through the sport, Koh stuck with her passion – and the reason was simple.

“The sport was amazing,” she says. “I fell in love with it. I loved the movement.”

But where she found her calling, she also found conflict. 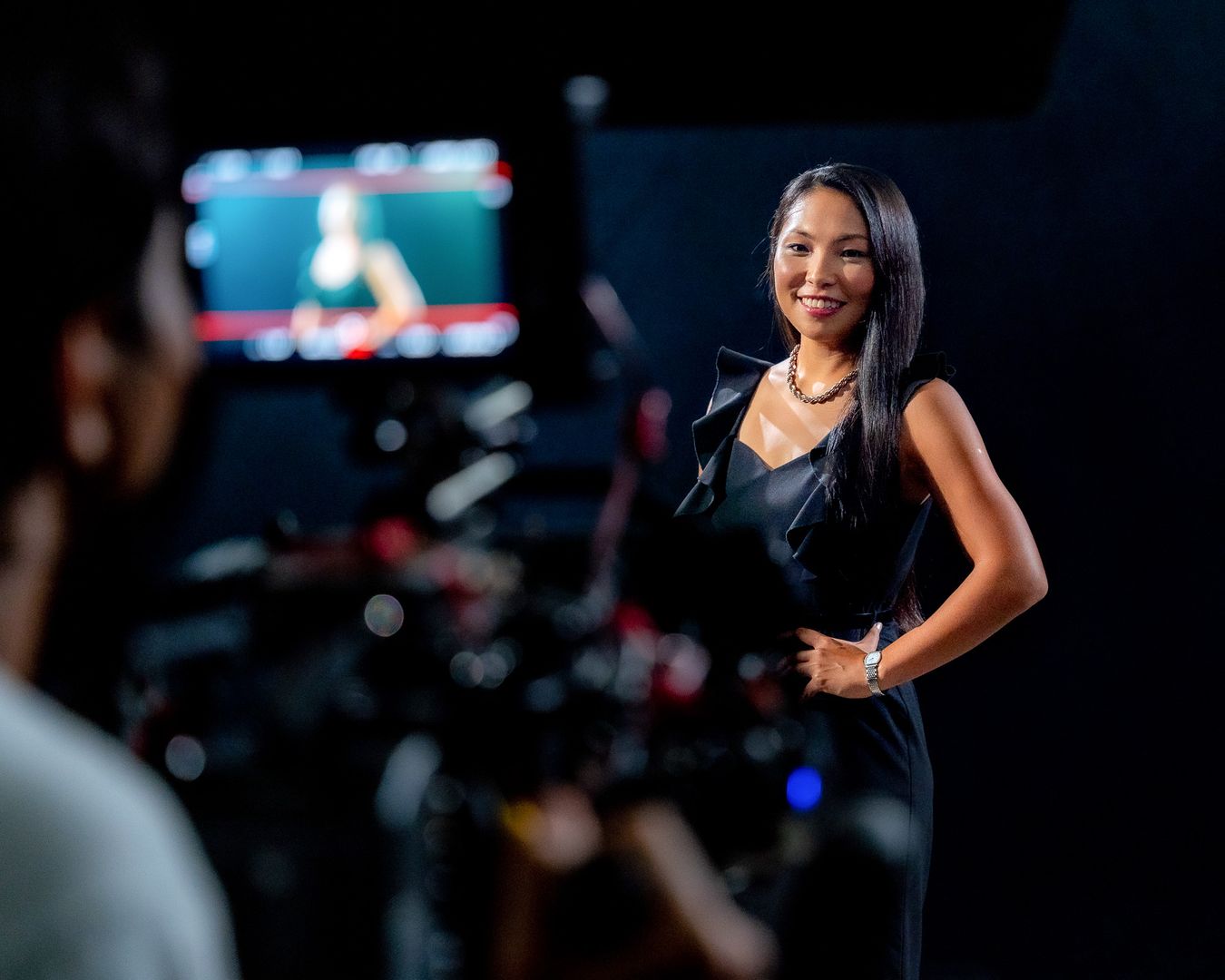 Although Koh loved gymnastics, she didn’t find herself surrounded by positive people where she was practicing the sport. In fact, it was quite the opposite.

“I was taught by local and Chinese coaches. They were very militant. Very ‘no pain, no gain’ type of coaches,” she recalls.

“The coaches were really harsh and quite frank, saying, ‘You don’t have talent for this. You’re not good. You’re not suited for the sport.’ But I hung onto it because it was enjoyable to do.”

The longer Koh stuck with gymnastics, the more taunting she received, and the hideous comments eventually morphed into body shaming.

“It was really crushing as a child. I remember being on my first diet at 8 years old, being told that I was fat,” Koh says.

“It wasn’t a one-time thing. The nickname they gave me in Chinese loosely translated to ‘Little Fatty.’ That’s what I was called on a daily basis at practice. I think they tried to normalize it, and the more they joked about it, the more hurtful it was.”

To make matters worse, the Singaporean couldn’t even turn to family for help. Her parents believed that the teachers were always right, and they sided with their youngest daughter’s gymnastics coaches.

“Instead of standing up for me, my mom would agree with the coach, saying, ‘Yeah, you should go on a diet,’” Koh admits.

“I know it all came from a place of love because they wanted to support me as best as they could. But the way that they did it, it wasn’t the most encouraging.” 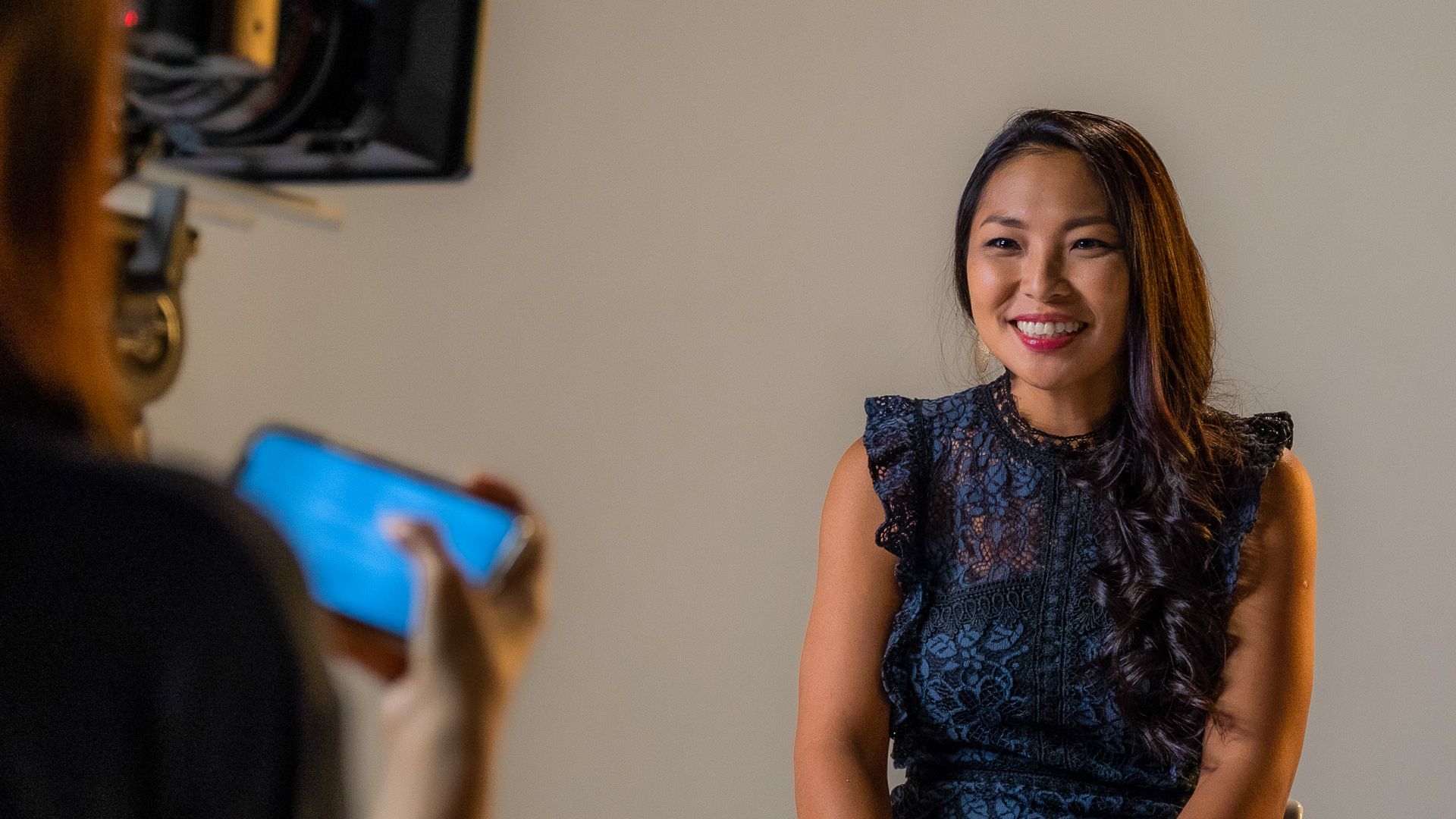 By the time Koh hit her teenage years, she started believing her coaches’ comments, and the only way she knew how to cope with them was by further blurring her already distorted self-image.

“There was dysmorphia, eating disorders – all of that through my time as a gymnast. There were bouts where I would try to starve myself. I would be bulimic,” Koh says.

“I would gorge and then binge eat and throw up. That was at 14, 15, 16 years old. That was also very pivotal because female bodies are supposed to be going through puberty. So, there was a late onset of puberty because of that.”

Eating disorders and gymnastics. The two became so synonymous with each other that as soon as she stopped doing one, the other ended as well.

Koh stopped gymnastics and left Singapore to study in Australia during her college years, and although her eating disorders became a mere memory, she still had to unknot her tangled self-image.

“As I got more educated in my 20s, I worked hard to get through it with online resources, education, and a lot of positive reinforcement,” Koh says.

But there was just one problem – she had stopped the one thing she truly loved. With that in mind, she decided to return to gymnastics to coach others with a newfound philosophy, one that would replace body shaming comments with positive feedback.

Returning To The Sport She Loved 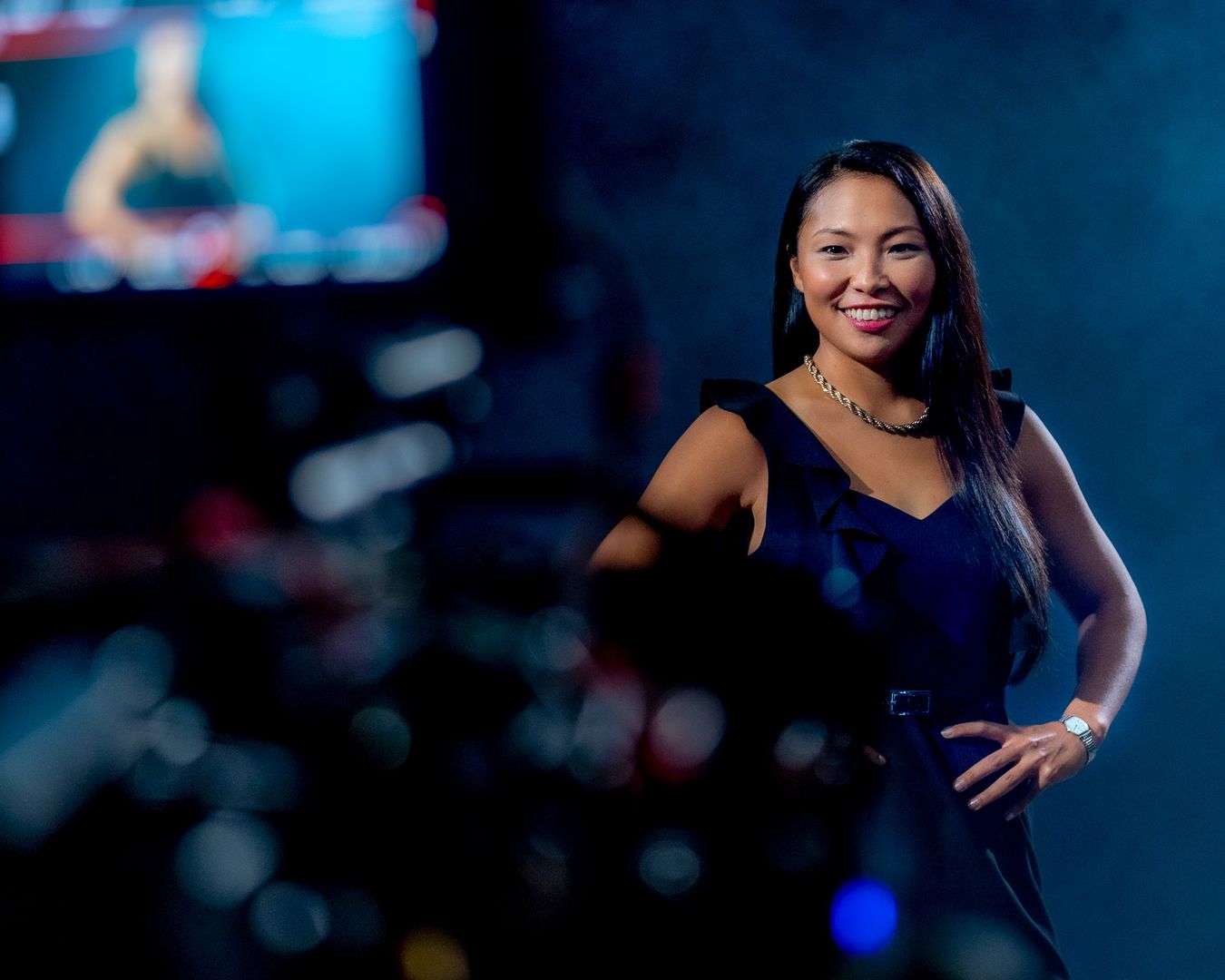 Having gone from student to coach, and having experienced both the pros and cons that come with gymnastics, Koh’s mission was to add a new element to the sport.

“Gymnastics had the biggest impact on my childhood and adolescence, and the sport is great. There’s nothing wrong with this sport,” she says.

“Unfortunately, a lot of professionals working in the sport are not very professional at all – worldwide. I want to show that there is a better way to coach.”

According to the Singaporean, that starts with positive self-talk, especially when she communicates with her students, most of whom are the same age Koh was when she started the sport.

“When you tell a kid repeatedly what they are and who they are, they’re going to believe it,” she says. “Unless they have extremely strong family values and if their family also supports them, they’re going to internalize that.”

Now, Koh is on a mission to get children to internalize a more constructive message.

“I believe everyone is deserving of a happy life, a great and happy life. And if they’re miserable, the good thing is that at any stage of our lives we can make a change,” she says.

The Change Of A Lifetime 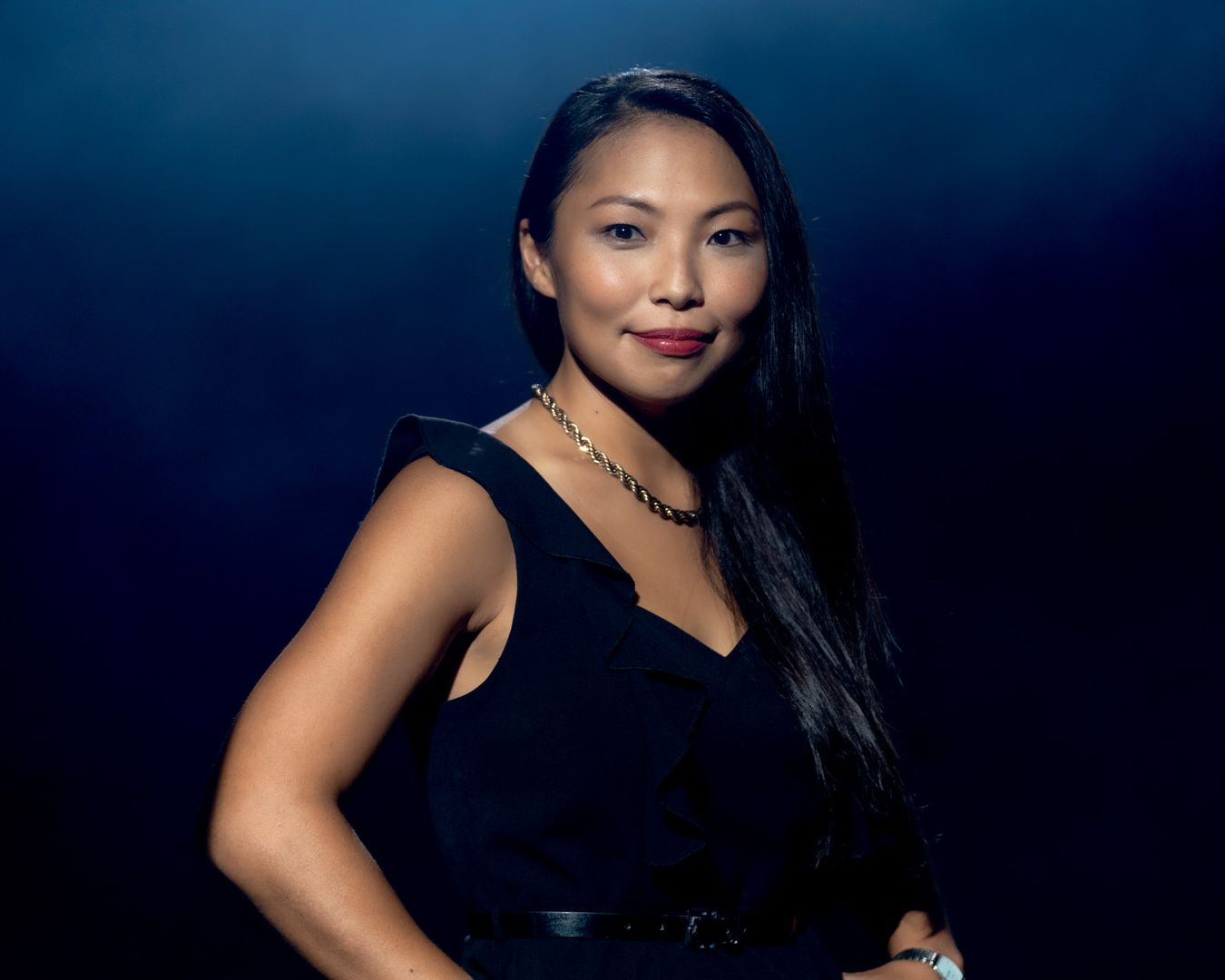 Koh will now take her mission to “The Apprentice: ONE Championship Edition,” where her focus will still remain on helping the children, except in the all-encompassing disciplines of martial arts.

“My passion is still in working with kids. I am very interested in seeing how that can be an extension of the ONE Championship brand,” she says.

“I think the children’s sports industry is a huge market. I am very interested in seeing how it can be included in one of the business units.”

Moreover, Koh’s main goal is to find a way to incorporate all of what gymnastics has taught her over the years into the world of martial arts, where she envisions children learning the best of both sports.

“I think a lot of parents are still very apprehensive about putting their kids in mixed martial arts at a young age. And so that’s where my angle is – how can I introduce a gymnastics and mixed martial arts-type of background,” she offers.

“To have children’s foundational movement classes, understanding their bodies, knowing how to use them properly, and knowing how to protect themselves – it’s such a wonderful foundation for kids.”