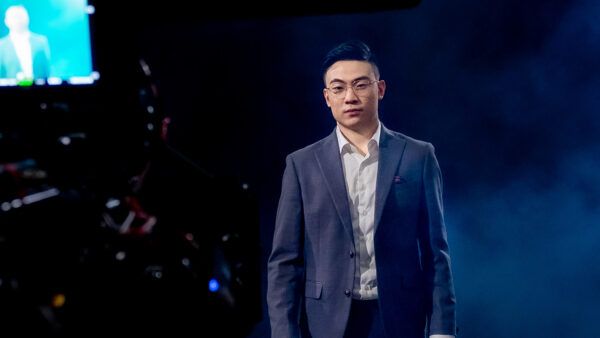 Alvin Ang Hoping To Catch New Beginning On ‘The Apprentice’

In northern Thailand, dragonflies take flight over green fields in search of food. On the surface, they are like any hovering insect that feeds on mosquitoes and beetles. But on a deeper level, some Thais believe dragonflies symbolize new beginnings.

Thai-Singaporean Alvin Ang was 7 years old the first time he caught one.

“My dad was a country boy. He would hunt for spiders. Then he would take a twig, bend it, and use the spider’s silk to make a net because it was so adhesive. And then we’d go dragonfly hunting,” Ang says.

“We’d end up with a bunch of dragonflies in a plastic bag, play with them for a little while, and then set them free.”

Eighteen years later, Ang is still trying to catch new beginnings – this time on “The Apprentice: ONE Championship Edition,” where he’ll compete against 15 candidates for a US$250,000 contract to work under ONE Chairman and CEO Chatri Sityodtong.

The martial arts entrepreneur was ecstatic when he found out he would be on the show. In fact, it was as if Ang were back in the fields of northern Thailand scooping new beginnings out of thin air.

“I just couldn’t stop smiling,” he says. “I was grinning from ear to ear.”

The news couldn’t have come at a better time. Singapore and the rest of the world were still figuring out how to deal with COVID-19, Ang’s Singapore BJJ Open came to a halt, and he had just split from his then-girlfriend.

Before getting the news that he made the show, he had nowhere to aim his attention while the world waited to re-open. And that could’ve turned into a problem because when Ang was a little boy, he was diagnosed with Attention Deficit Hyperactivity Disorder (ADHD).

“I was a very hyperactive kid. I would run into my neighbor’s house and jump on their bed,” he says. “I would get into fights and damage public property. I would yell at my parents and other kids in public.”

The antidote to his overstimulation, so his parents thought, was to send Ang to a monastery in the mountains of Chiang Mai.

“I believe I was seven years old when I first put on the orange robes. I didn’t think it was anything at all because I was seven,” Ang says.

“But the more I’ve been through in life, the more I realize how valuable that experience was. And it’s something that I can look back on and reflect on.

“I experienced a lot more self-awareness than a lot of children my age. Three hours of meditation every single day when you’re seven will do that to you.”

That self-awareness instilled in Ang the courage to break away from a society that promotes uniformity over variety.

“What I got from my monkhood experience of self-awareness was that it really led me to be very unashamed about what I enjoy.”

That joy was, and has been, martial arts.

After moving to Singapore, Ang found martial arts at 16 years old. He trained in countries like Thailand and competed in various disciplines, but just as he was coming into his own, an injury forced him to rethink his place in the pastime.

Instead of bowing out, however, he started helping at local Singapore tournaments, where he refereed and worked tables.

The experience gave him a newfound love for Brazilian Jiu-Jitsu, so when the tournament he was helping at fell apart, he knew exactly what he had to do – he started his own competition for regional grapplers, the Singapore BJJ Open.

“Maybe it’s something innate, but I think it’s something to do with my past as well. My parents divorced soon after I went to the monastery. There was just a lot of upheaval in my life, so I felt like community was really the one thing that I missed growing up.”

Now Ang looks to join another martial arts community, ONE Championship, where he hopes to be Sityodtong’s protege. Not only does he want to learn from the company’s Chairman and CEO, but he wants to help the organization continue to soar from its own beginnings.

“I remember the shock wave that went through the Singapore and Asian martial arts world, especially Southeast Asia when ONE started,” Ang says.

“People were like, ‘Wow, there’s actually a big company here now.’ And just seeing year after year after year how ONE has led the local scene to grow has been incredible.

“Chatri obviously has been at the helm of that and is responsible for the growth of Asian mixed martial arts, so it would be very interesting to work with a man like that – especially for guys who love martial arts, like me.”