Under the partnership agreement, athletes who have made a title match in Panclass since April 2019 will be able to participate in the ONE Championship. In addition, players who won the Pan Class Neo Blood Tournament will be eligible for the ONE Warrior Series. In addition, pan-class amateur players selected by ONE will have the opportunity to train for one year at Mega Jim Evolve MMA * in Singapore. In addition, even if top rankers who have signed a multi-game agreement with Pancras want to advance to ONE Championship, we plan to provide a full backup with the help of the One Championship advisor, Mr. Yu Nan Cho.

Pancrase has already been a promising player to play an active part in ONE, including Wakamatsu Ryo (pre- and flyweight champion) who will play against Demetias Johnson at “ONE: A NEW ERA-New Era-” which will be held on March 31st in Japan. Produced players. In addition, Yuki Nakahara who made a shocking KO debut at the other day in Jakarta, Daiichi Abe of the 11th Welterweight King of Pancras, Kazuki Tokudome of the 6th Lightweight King of Pancras, etc. Many of the Japanese roosters that have shown a rapid expansion over the course of the year are via the pan class which has set the “global standard”.

“We will strive to improve the martial arts and martial arts environment in Japan from amateurs to professionals,” said Chatri Sitt Yoton, ONE championship champion. The Japanese martial arts community is about to enter a new era, ”commented.

“I am very excited about the partnership agreement with ONE this time,” said Masakazu Sakai, Pancrase representative. “I believe that this partnership will be the foundation of a long-term relationship with ONE. I want to shape the future, “he says.

Pandora-class young man Wakamatsu is scheduled to participate in “ONE: A NEW ERA-New Era-” which will be held for the first time in Japan on March 31st.

ONE Championship-Home of Martial Arts-

The ONE Championship is Asia’s largest global sports media in history, a great cultural asset of Asia, and an Asian that values ​​its integrity, humility, honor, respect, courage, discipline and compassion It celebrates the sense of values. The ONE Championship is the world’s largest martial arts organization covering all martial arts such as Muay Thai, kick boxing, mixed martial arts, karate, silats, blows, Rawai, Taekwondo and submission grappling.

Our mission is to unleash the world of hope, dreams, inspiration, and superheroes that ignite the world with that power. In history, most of the greatest world champions have made impossible dreams possible, overcoming immense poverty, tremendous adversity, verbal tragedy to achieve their dreams. We want them to know the superheroes in the world and inspire billions of people. Using the power of media and the magic of storytelling, we create role models, admire our values, make our dreams come true, and have the power to shake our nation, and change the world.

ONE is Asia’s largest global sports media. Achieved Asia’s highest television ratings and social media engagement metrics with unique Asian brands, world-class players, and global production. ONE is one of the largest stadiums in the most iconic city across Asia, with 1.7 billion viewers in 138 countries. Our ultimate vision is to provide content that is accessible 24/7 and offers a 24/7 platform (free tv, pay tv, digital, social etc) and devices (TV, computer, mobile etc). The ONE Championship is sponsored by Fortune 500 companies, including blue chip companies such as Disney, Marvel, LG, Sony, Facebook, Haier, Kawasaki, L’Oreal, Casio and Bayer.

Asia has a history of martial arts that has been handed down for over five thousand years. It is time to unite the continents with the power of our history, culture, traditions, values ​​and heroes. Our dream is to bring together 4.4 billion people in Asia and build the largest cultural property on the continent together with all people. 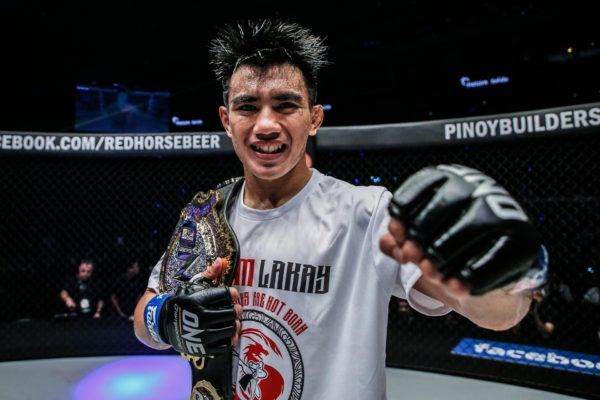