The action continues to heat up on “The Apprentice: ONE Championship Edition,” and the guest athletes continue to pour in.

After meeting two legends last week in Episode 2 – Georges “Rush” St-Pierre and Renzo Gracie – the global candidates will be in the presence of ONE Women’s Atomweight World Champion “Unstoppable” Angela Lee this week.

Like “GSP” and Gracie, Lee will test the physical skills of the group, and given her fiery attitude and work ethic, expect her to push the candidates hard.

Before “Unstoppable” makes her appearance, here are three things to know about the reigning World Champion.

In May 2016, the Singaporean-American won the inaugural ONE Women’s Atomweight World Title by defeating Japanese veteran Mei “V.V” Yamaguchi. Lee has yet to lose a bout in the weight class, holding the belt for nearly five years.

Also, during that time, “Unstoppable” has defended the gold four times, including an impressive fifth-round submission of ONE Women’s Strawweight World Champion “The Panda” Xiong Jing Nan when the Chinese star dropped down to challenge for the atomweight belt. 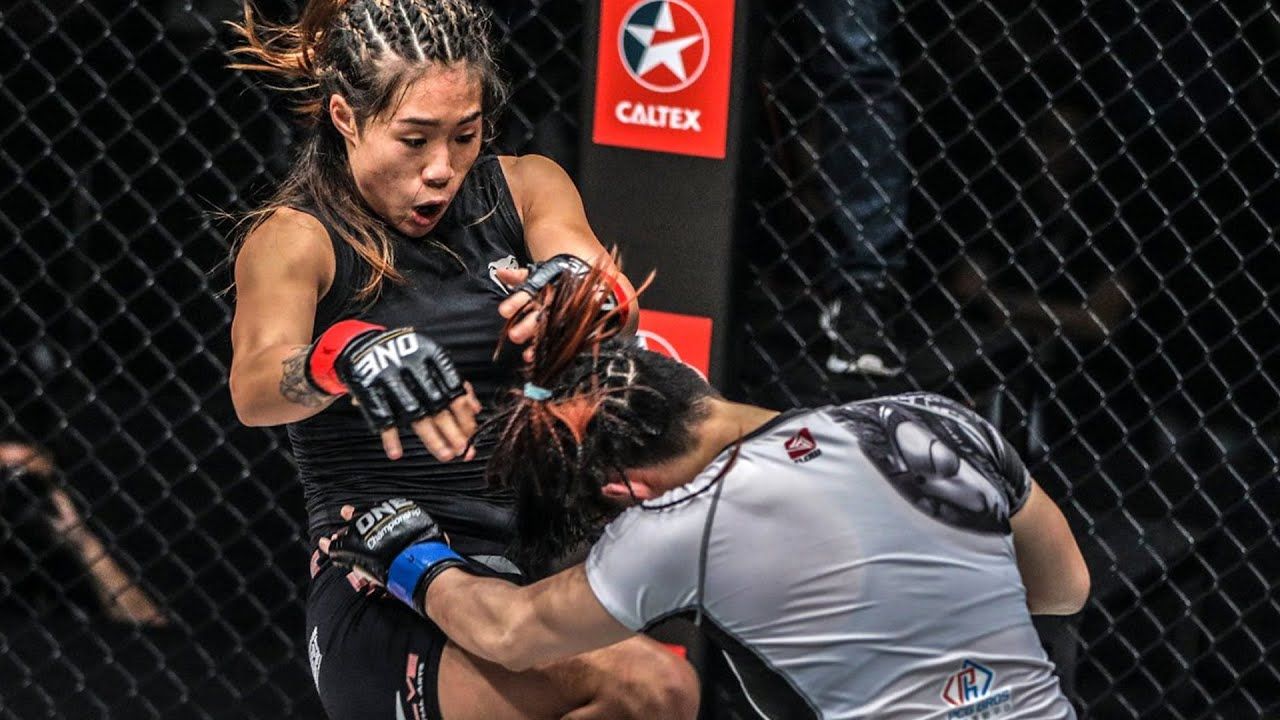 Her sister Victoria Lee might be known as “The Prodigy,” but make no mistake about it – Angela is a phenom in her own right.

It wasn’t long until she started competing professionally and made her successful ONE Championship debut in May 2015 at the age of 18 when she beat Aya Saber.

Moreover, Lee holds the record as the youngest athlete to win a ONE World Title, as she was only 19 when she beat Yamaguchi. As a side note, her brother Christian “The Warrior” Lee is the youngest-ever male Mixed Martial Arts World Champion. He won the ONE Lightweight World Title when he was just 20 years old. 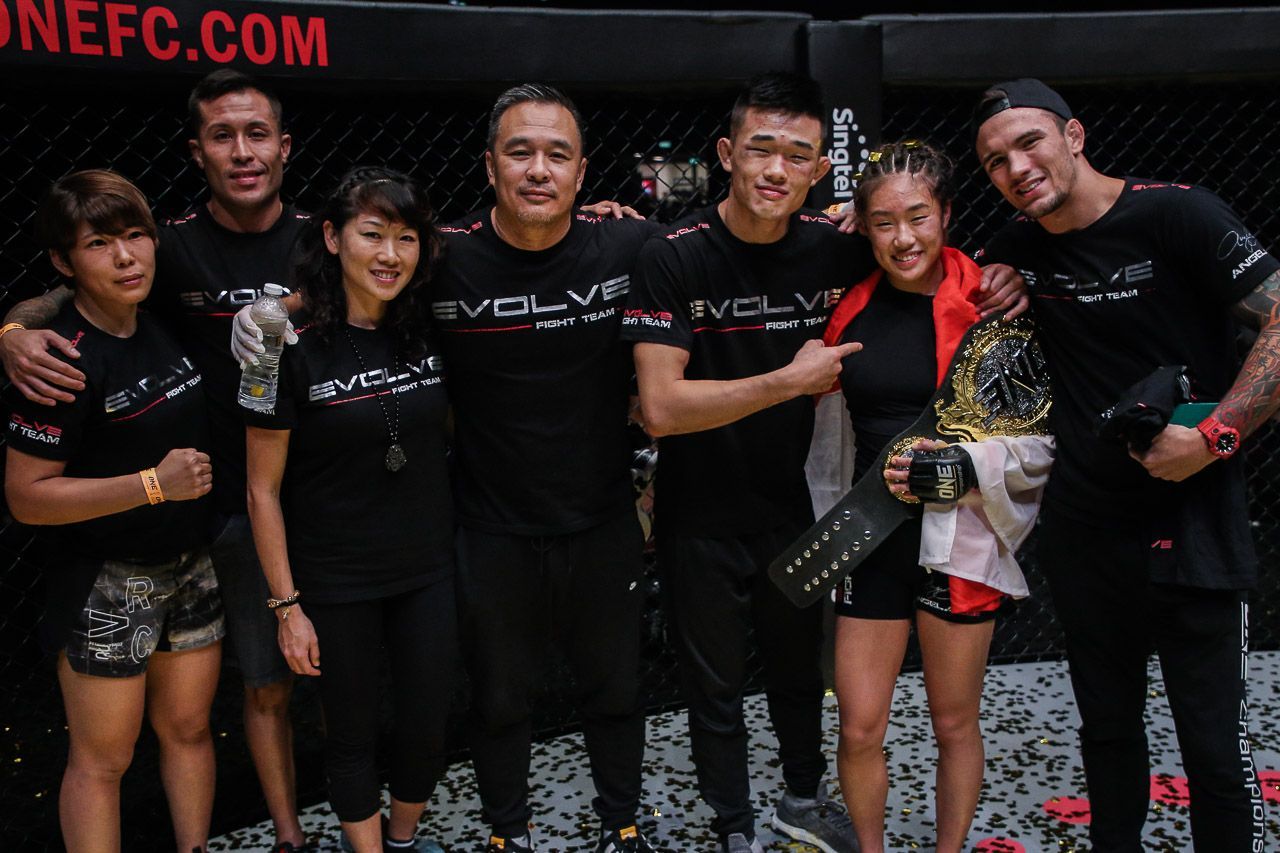 It’s no secret that Lee’s family is a group that people shouldn’t mess with.

After all, they’re all experts in one martial art or another – her father Ken being a Brazilian Jiu-Jitsu black belt himself.

The Lee patriarch opened United MMA in Waipahu, Hawaii, back in 2013 to further hone the skills of his children. Since then, it’s grown into one of the biggest gyms in the area.

That kind of familial bond inspired Angela to open a gym of her own – United BJJ MMA – with husband Bruno “Puccibull” Pucci.

Angela’s gym, which is situated in Wahiawa, opened early this year, and the couple has promised to instill ONE’s values of discipline, loyalty, honor, and respect in their students. 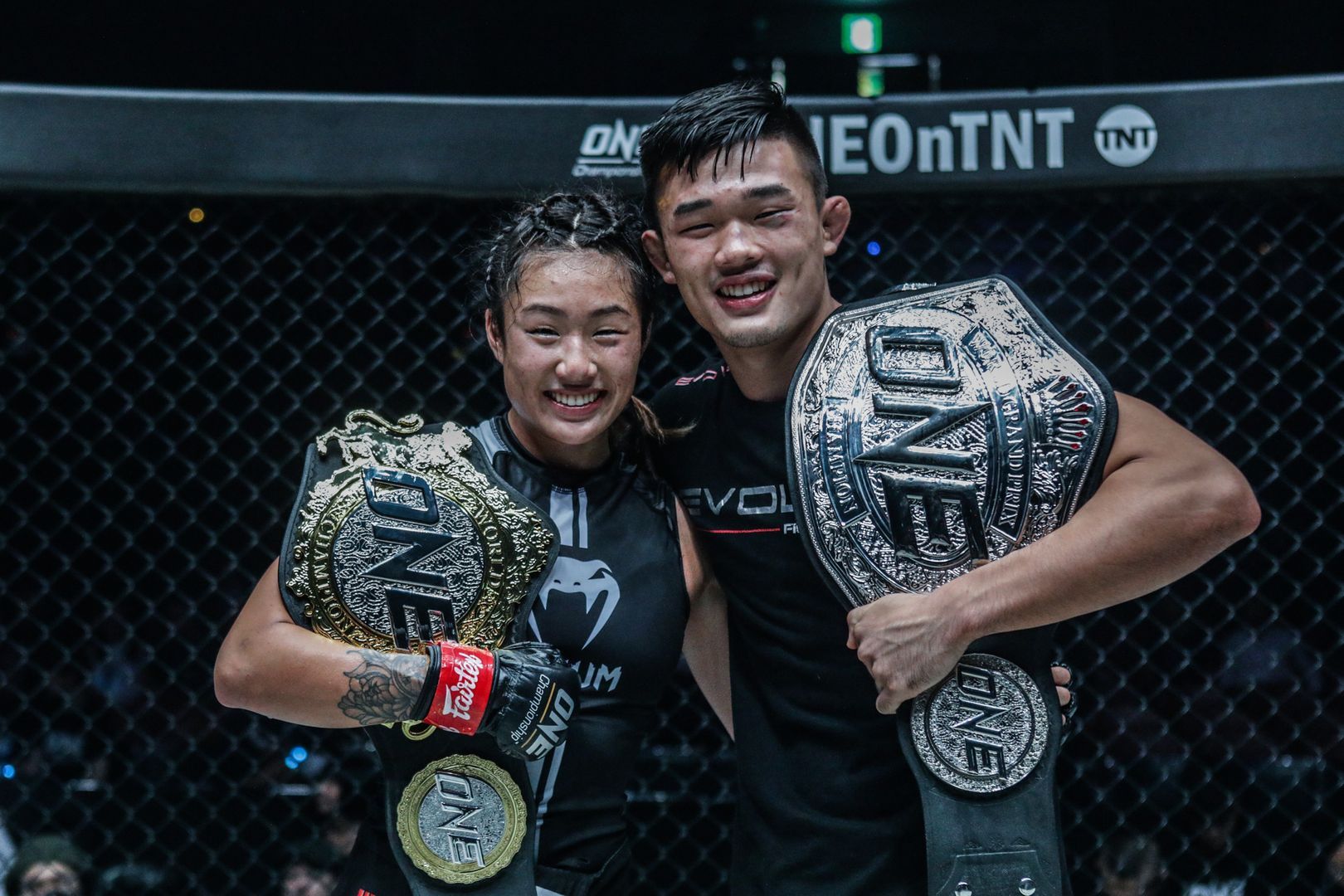 Tune in to AXN at 8:50 p.m. SGT this Thursday, 1 April, to catch Episode 3 of “The Apprentice: ONE Championship Edition.”

Likewise, find out how to watch from outside of Singapore.