South Korean phenom Ok Rae Yoon held down his newly acquired #5-spot in the lightweight rankings in an intense three-round battle against an American legend.

Ok scored the unanimous decision win over Eddie “The Underground King” Alvarez in their exciting mixed martial arts clash at “ONE on TNT IV,” which took place at the Singapore Indoor Stadium on Wednesday, 28 April. 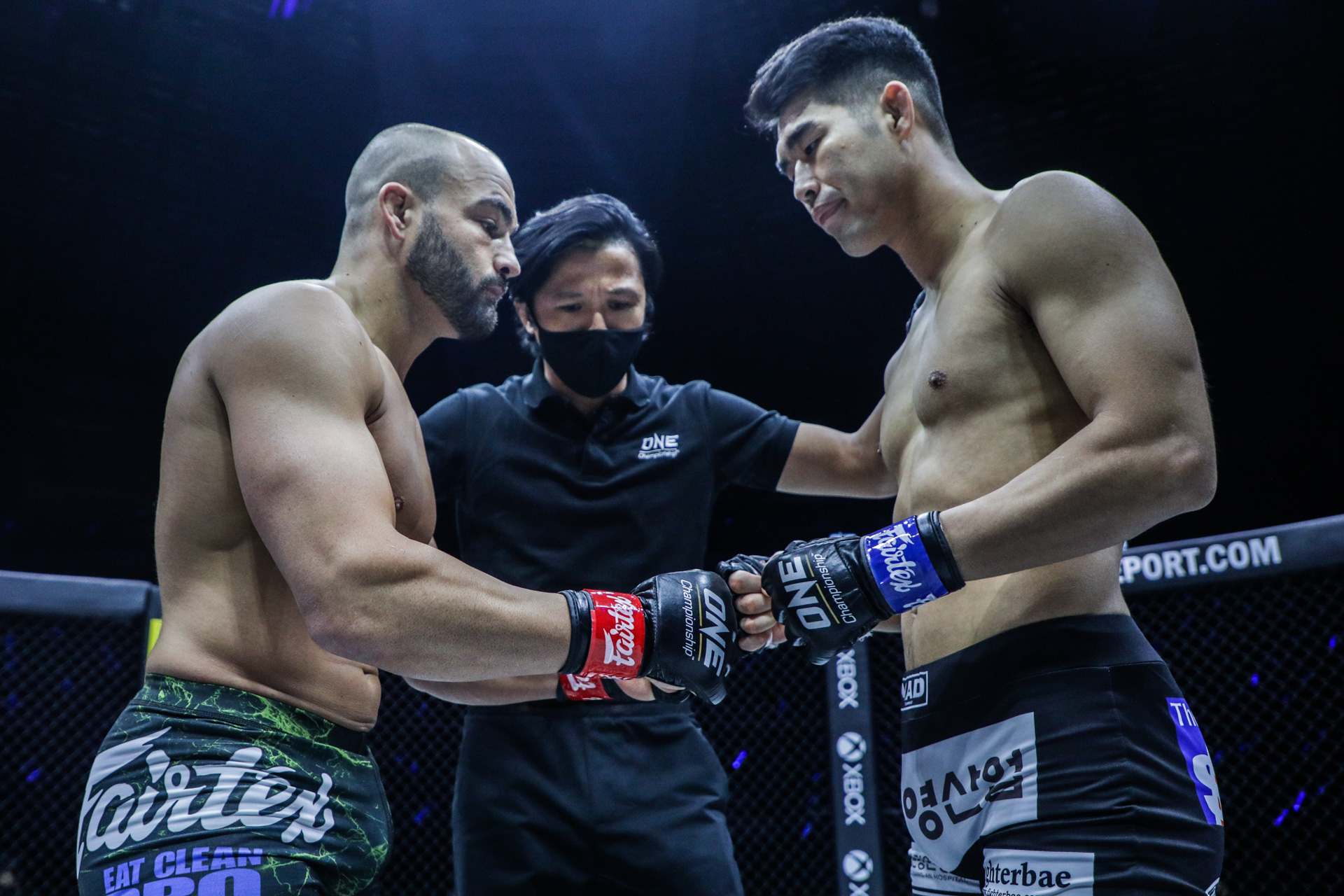 After a touch of gloves and a brief exchange on the feet, Alvarez shot in for a single-leg takedown and went for an ankle pick on Ok, but the South Korean posted on one hand and returned to his feet.

“The Underground King” kept hold of his opponent, tried to soften him up with knees to the body, and pressed him against the Circle Wall while searching for a takedown.

Alvarez finally flipped Ok to the canvas, but the #5-ranked lightweight shot right back up to his feet, disengaged, and initiated a wild exchange. In the chaos, the South Korean clipped the legend on the chin with a right hand.

The Philadelphia native crumpled to the mat, and Ok quickly jumped on top, where he pounded his rival with one hammerfist after the next.

Alvarez, on the cusp of being knocked out, wrapped his arms around Ok and closed the South Korean’s striking distance – but only for a moment. Ok broke free and continued to wail on his foe, but after the American refused to be finished, the Team MAD product backed off, stood up, and let him back to his feet.

Ok then rushed into a striking exchange but met fire when Alvarez clipped him with a left hook, wobbling the South Korean in a dramatic turn of events to end round one. 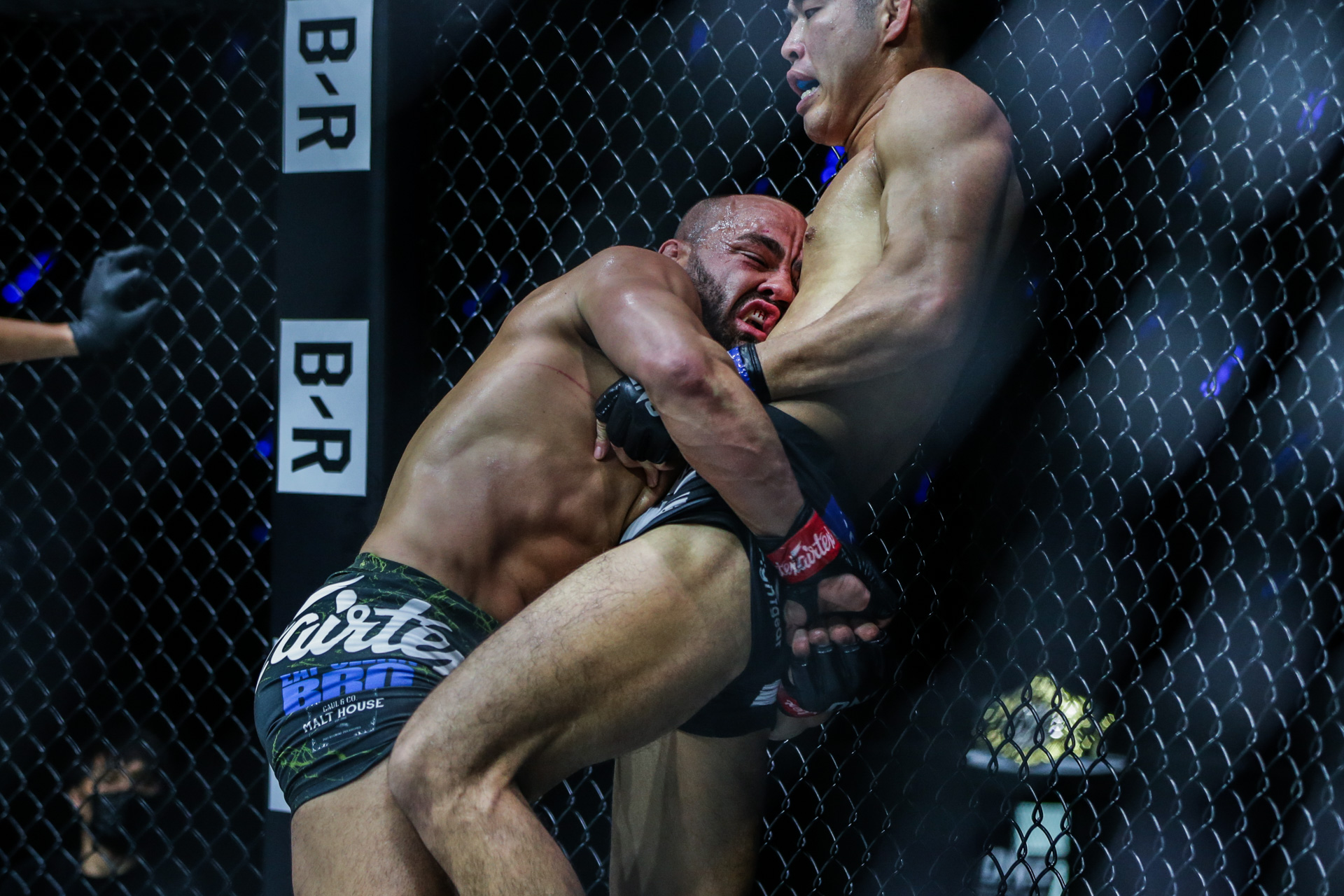 In the second frame, Alvarez shot for a takedown, but Ok defended and picked off the American on the outside with jabs and a high right knee that careened into the chin. The American legend shot again, this time scoring the takedown, but his Asian rival popped right back up, frustrating the mixed martial arts icon.

Ok was then forced to defend multiple takedown attempts by Alvarez throughout the stanza. Every time the men disengaged from the clinch, “The Underground King” used his punches to set up another shot for a takedown.

It was a grueling round for both men, but Alvarez capped it off with a right high kick and right punch. 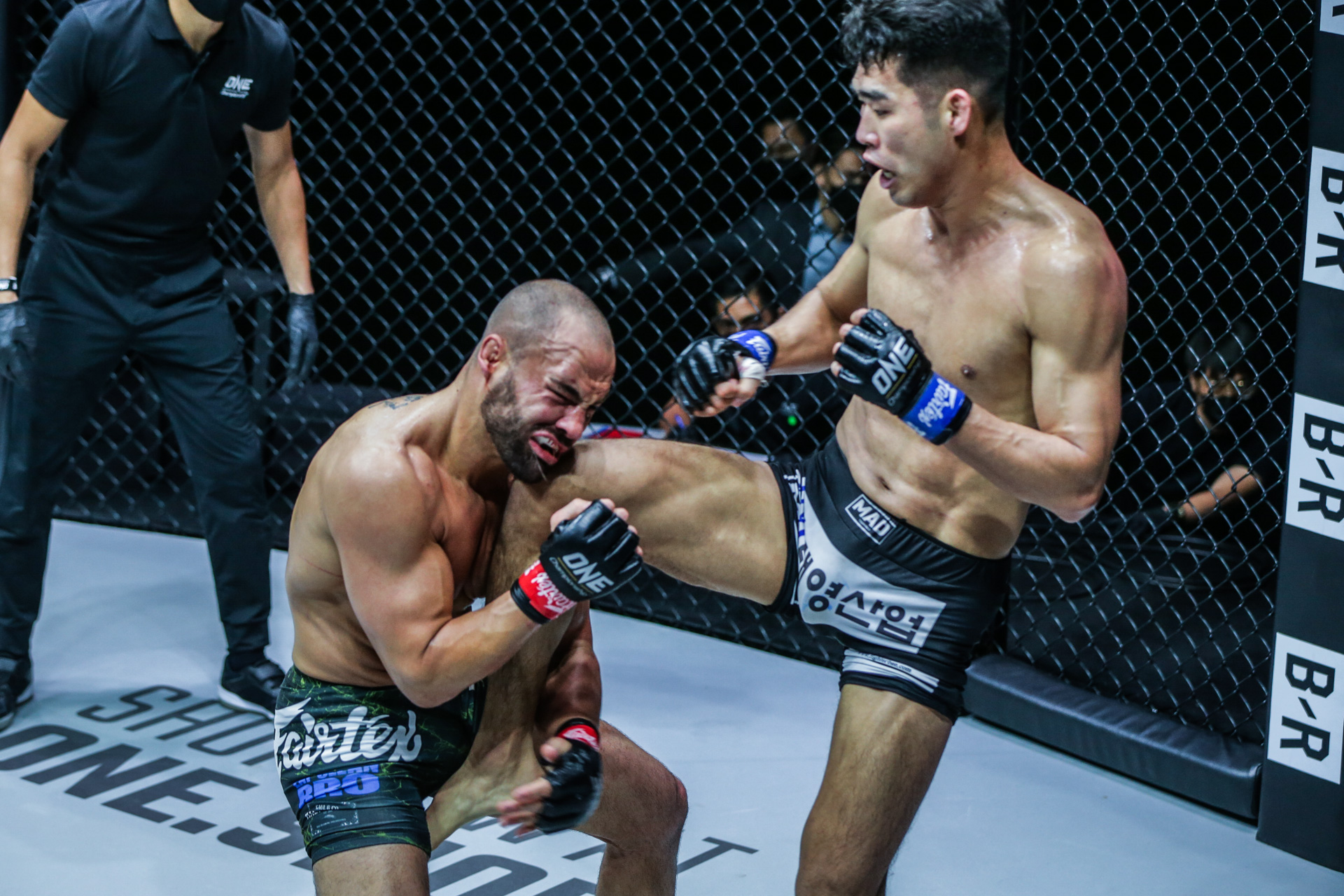 At the start of the final round, Alvarez shot for a single-leg takedown attempt, but Ok shrugged it off, shoved his foe away, and landed a body kick that folded the American.

“The Underground King” returned with an overhand right and a right uppercut that looked like he was winding up to throw a bowling ball down the lane. Ok then fired off a head kick and followed up with a jab that stopped Alvarez in his tracks.

In response, the American went for another takedown, but his opponent barely touched the canvas before he disengaged and buckled Alvarez’s legs with a starching right hand.

Alvarez closed the distance, but inside the clinch, Ok stunned him with three knees to the midsection. The South Korean then defended another double-leg, smacked Alvarez with a right hand, and landed another body kick.

A right high kick and left hook from the legend found their marks and shook up Ok. But with the final seconds ticking, the Team MAD representative jumped at a rushing Alvarez and landed a knee to cap off a highly entertaining lightweight affair.

After three thrilling rounds, the judges awarded the unanimous decision to Ok, who moved his record to 15-3 and quite possibly earned a shot at ONE Lightweight World Champion Christian “The Warrior” Lee. 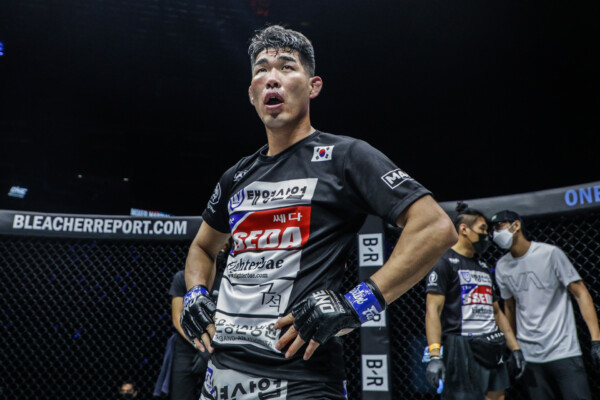 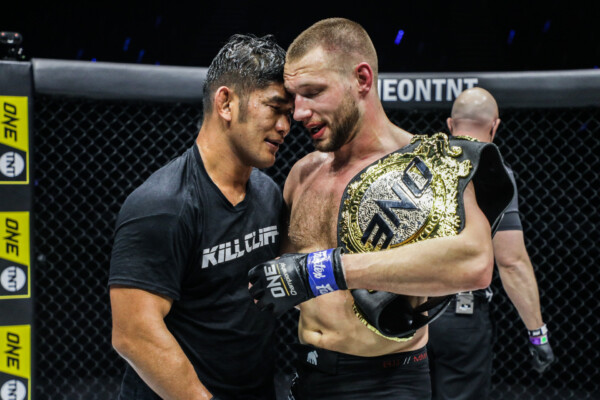 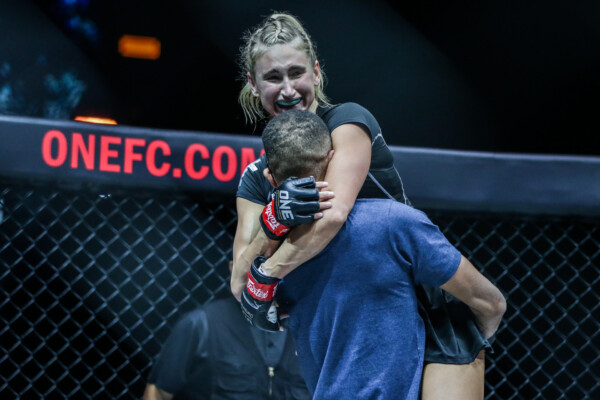