Over the weekend, several ONE Championship superstars shined at the Abu Dhabi Combat Club (ADCC) World Championships in Las Vegas.

Commonly referred to as the “Olympics of grappling,” the two-day, ultra-prestigious submission grappling tournament captured the attention of jiu-jitsu fans worldwide and served as a showcase for athletes like Renato Canuto and brothers Kade Ruotolo and Tye Ruotolo.

In typical Ruotolo brothers fashion, the teenage twins captivated the crowd in every match, as their super-aggressive style not only entertained but proved effective against the best competitors in the world.

Also in action was former ONE fighter Yuri Simoes.

The 32-year-old Brazilian picked up his third ADCC World Championship in the absolute division, using his gritty wrestling to win gold in the openweight category and further solidify himself as an all-time ADCC great.

Below are the standout performances from ONE Championship athletes at the 2022 ADCC World Championships.

One half of the famed Ruotolo brothers, Kade earned his place in the record books by becoming the youngest competitor ever to claim ADCC gold.

Not only did the 19-year-old make history, but he arguably had the best overall performance of any ADCC athlete over the weekend, winning each of his four matches by submission in the 77-kilogram division.

Still less than a year into his black belt career, Kade made a successful ONE Championship debut at ONE 157 in May when he dominated Japanese MMA and grappling legend Shinya Aoki.

Now with ADCC gold around his neck after such a memorable performance, the kid from San Diego seems poised for a long stay at the top of the submission grappling world.

Tye Ruotolo Is An ‘Absolute’ Monster

Kade wasn’t the only Ruotolo brother to wow the crowd over the weekend.

After a disappointing loss on points to a teammate in the opening round of the 88-kilogram weight class, Tye stormed back with a pair of thrilling performances in the absolute (no weight limit) division.

First, the teenager worked the fans into a frenzy with a submission win over IBJJF No-Gi World Champion Pedro Marinho.

He followed that up with a dramatic points victory against 2017 ADCC Absolute World Champion and heavyweight competitor Felipe Pena – one of the biggest wins in his already illustrious career.

The Andre Galvao black belt would lose a controversial decision in his semifinal bout, but that loss won’t overshadow his incredible back-to-back wins.

Like his brother, Tye impressed in his ONE Championship debut earlier this year, needing less than 90 seconds to submit top black belt grappler and former ONE Featherweight World Title challenger Garry Tonon.

Also like his brother, Ruotolo’s spectacular run at the 2022 ADCC World Championships further entrenches him as one of the most dangerous – yet fan-friendly – submission grapplers on the planet.

Considered one of the most exciting grapplers in the sport, ONE Championship’s Renato Canuto showed off his wrestling, cardio, and will to win throughout a grueling matchup with American star Nicky Ryan in the opening round of the 77-kilogram division.

The Checkmat representative survived some early takedown attempts from Ryan before using his pace and aggression on the feet to gradually exhaust his opponent as the 10-minute regulation period wore on.

The match would end in dramatic fashion. With less than 15 seconds remaining and the score tied 0-0, the Brazilian secured a massive takedown and back control to earn five points, bringing the Las Vegas audience to a deafening roar.

The two-time IBJJF World Champion has been open about his desire to try MMA, but his win over Ryan shows that he could continue to find success at the most elite levels of submission grappling. 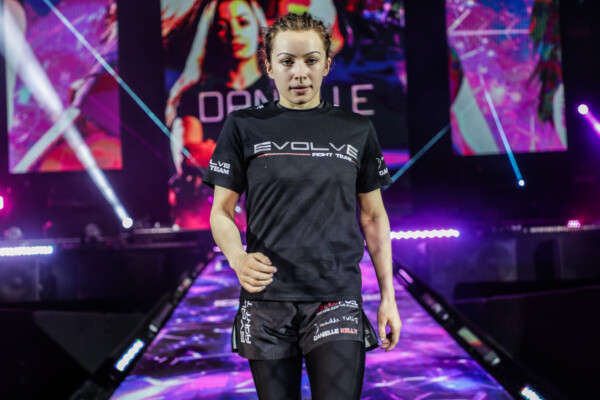