Forbes: After Reported TV Deal With Turner, ONE Championship Has Everything It Needs To Make It In America

After Reported TV Deal With Turner, ONE Championship Has Everything It Needs To Make It In America 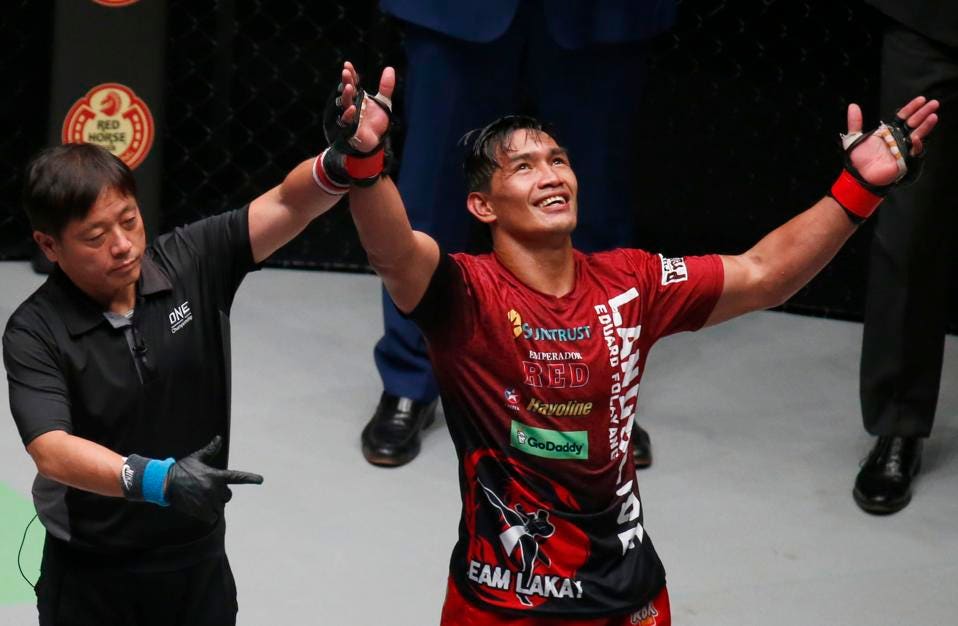 ONE Championship has firmly established itself as the No. 1 martial arts organization in Asia, but it’s clear, CEO Chatri Sityodtong and others within the organization have their collective eyes on expansion into all regions of the world.

It appears as though North America and the United States are next on the organization’s list of areas to establish a firm imprint. Per ESPN’s Ariel Helwani, ONE has reportedly agreed to a new three-year broadcast deal with Turner. I first reported an American TV deal was in the works after an exclusive interview with Sityodtong in October.

According to reports, the deal will go into effect on Jan. 1. Events will be viewable on either TNT and/or B/R Live. The first event to fall under this agreement is on Jan. 19. It’s ONE: Eternal Glory featuring ONE Men’s Strawweight champion Joshua Pacio defending his title in a rematch against Hayato Suzuki in Jakarta, Indonesia.

The event falls on the same day as the UFC’s debut show with ESPN. That Fight Night card is headlined by a champion-vs-champion affair between UFC Bantamweight Champion TJ Dillashaw and Flyweight Champion Henry Cejudo. It’s quite a tussle between the two organizations at the opening bell.

Obviously, the UFC has a firm grip on the MMA scene in the U.S., and Bellator MMA has their piece of the pie–albeit a smaller portion. Other organizations like the Professional Fighters League are attempting to carve a niche as well.

How can ONE fit into this dynamic and where can they rank? It’s hard to determine how high the organization can rise, but with the assets it already has at its disposal, there is no questioning ONE can find a viable spot.

ONE has substantial financial backing from some of the most successful and renowned venture capitalist firms in the world. Sequoia Capital, Sequoia Capital India, Missions Holding, Green Oaks, Temasek Holdings, and Heliconia Capital Management have contributed financially via two separate funding rounds.

According to Crunchbase, the investments in just the past 18 months total more than $266 million. Some of these investments played a major role in ONE establishing its ONE Super App, which gives fans across the globe access to every event.

Add that in with the advertising deals, licensing and other earning potential and ONE is in an enviable position when it comes to assets. MMA business on a whole is picking up. The UFC recently sold for $4 billion and signed a mammoth agreement with ESPN.

Bellator signed a lucrative distribution deal with DAZN, along with Combate Americas and the PFL is linked with NBCSN.

There is an appetite for the sport and fans will pay attention if you have the stars they care to see. ONE has busied itself acquiring new talent that resonates with American MMA fans.

The signings of Eddie Alvarez, Demetrious Johnson, and most-recently Sage Northcutt are foundational moves toward establishing a foothold in the minds of North American MMA fans. The hiring of former UFC Women’s Bantamweight champion Miesha Tate as a Vice President and member of the commentary team is also a move that caught fans’ attention.

In addition to grabbing the eyes of MMA fans, these signings and hirings also stand to make an impression with upcoming free agents from the UFC, Bellator, PFL and more. It will also create another option for the up-and-coming prospect looking to land his or her first major deal.

For those who haven’t watched a ONE event live, you may be in for a pleasant surprise. The atmosphere in the arena is usually electric. The organization has specialized in building superhero like figures and allowing those stars to fight in front of their hometown crowds on a regular basis.

While we’ve never seen Conor McGregor compete for the UFC in Ireland at the height of his popularity*, watching ONE Middleweight and Light Heavyweight champion Aung La NSang compete in Myanmar feels like it might be comparable from an energy standpoint.

With financial assets, a thirst for the sport spreading in the United States, a roster adding recognizable names, and a deal with a major TV network in place, ONE is in an excellent position to make it in America.