While ONE: BATTLEGROUND’s main event is a must-watch World Championship clash between Muay Thai stars Sam-A and Prajanchai, there are plenty of mixed martial artists ready to steal the show with their incredible ground skills.

The supporting acts at the Singapore Indoor Stadium include a massive middleweight showdown between Aung La “The Burmese Python” N Sang and Leandro “Wolf” Ataides, which means world-class grappling will certainly be on the agenda.

Before the action goes down on Friday, 30 July, here are three of the finest submission finishes from the athletes set to compete in “The Lion City.”

“The Burmese Python” has been more of a knockout artist as of late, but he has plenty of grappling prowess in his locker — something he’ll need against a BJJ World Champion in Ataides.

Aung La N Sang’s most recent submission proved the true efficacy of his ground game, as he tapped out hulking heavyweight Alain “The Panther” Ngalani in an open weight super bout at ONE: HERO’S DREAM back in November 2017.

Ngalani fought off two submission attempts in the early running of the fight, but as the pair jostled on the Circle Wall with less than a minute to go in the opening frame, the Myanmar superstar finally found his route to victory.

“The Panther” pressed his rival to the fence until a momentary slip of his head position gave Aung La N Sang the invitation he needed to jump on another guillotine.

From there, he ensnared the Hong Kong resident’s neck with his right arm, cinched up the choke, and then dropped to his guard to apply more pressure. Aung La N Sang’s powerful squeeze quickly forced Ngalani to tap out, giving the Myanmar icon a momentous victory.

In her ONE debut, Chinese phenom Lin Heqin sinks in a deep triangle choke to submit Jomary Torres at 4:12 of Round 1!

In her ONE debut, Chinese phenom Lin Heqin sinks in a slick triangle choke to submit Jomary Torres at 4:12 of Round 1!Watch the full event on the ONE Super App 👉 http://bit.ly/ONESuperApp | TV: Check local listings for global broadcast

Despite being under pressure in her ONE debut, “MMA Sister” Lin Heqin got her promotional career off to the perfect start at ONE: REIGN OF VALOR in March 2019.

That evening, the Chinese star faced off against Jomary “The Zamboanginian Fighter” Torres and submitted her in the first round.

With around 90 seconds left in the frame, the Filipina scored a takedown against the Circle Wall, but Lin quickly went on the offensive and threw up a triangle choke.

“The Zamboanginian Fighter” tried everything to break free from Lin’s legs, but the desperate rolls and strikes did not help. Instead, “MMA Sister” continued to ratchet up her squeeze until Torres had no other option but to tap before the lights went out.

From just one performance, it’s clear that Victoria “The Prodigy” Lee has all the attributes of her World Champion siblings, “Unstoppable” Angela Lee and Christian “The Warrior” Lee.

The 17-year-old United MMA product, who was 16 at the time, showcased solid striking and excellent groundwork in her professional debut against Sunisa “Thunderstorm” Srisen at ONE: FISTS OF FURY this past February.

Lee tried her best to put her Thai rival away in the first round – coming close with both ground-and-pound and a rear-naked choke — but Srisen’s experience helped her reach the second stanza.

However, things didn’t get any better for “Thunderstorm,” as the young Hawaiian came out of her corner refreshed and determined to find the finish.

After some heated striking exchanges, Lee took her opponent’s back from the clinch and then tumbled her to the mat. She freed her head from Srisen’s headlock and then immediately threaded her right arm under “Thunderstorm’s” neck.

This time, the Thai could not resist, as she was flattened out and forced to submit in a matter of seconds.

“The Prodigy” will hope for a similar result in her return against “Little Sprouts” Wang Luping at ONE: BATTLEGROUND. 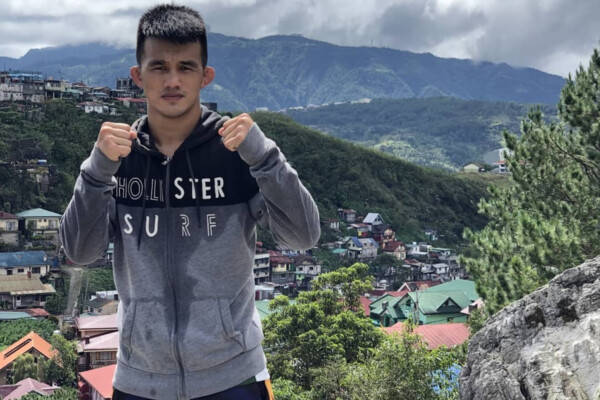