It was an emotional way to end the quarterfinal round of the ONE Featherweight Kickboxing World Grand Prix, as Marat Grigorian toppled Andy “Souwer Power” Souwer and ended the Dutch icon’s legendary career.

Souwer put up a great fight, but Grigorian’s punching power was just too much, and he took a second-round victory in their kickboxing battle at ONE: FIRST STRIKE on Friday, 15 October.

Both men proceeded with caution at the start of the opening frame until Souwer stepped in with a big overhand right that sparked things into action. Grigorian stalked his Dutch rival and then dropped him with a left-hand counter, but “Souwer Power” bounced straight back up.

The Armenian constantly pressed forward and pushed Souwer to the Circle Wall, where he unloaded punishing salvos of hooks and uppercuts that snapped the veteran’s head back.

Souwer showed that his chin is still strong enough to withstand the big shots and fired back with combinations of his own, but Grigorian’s heavy hands kept him in control.

The Hemmers Gym representative then came out firing in round two and scored with a looping right hand, while “Souwer Power” probed with his jab and looked to land low kicks.

Souwer upped his volume and stayed busy, but Grigorian’s punches clearly had more of an impact when they landed. The Armenian forced his man to the Circle Wall again and unloaded with hooks, uppercuts, and low kicks.

Not ready to quit, the Dutchman threaded his punches through the gaps, but he did not have the firepower to move his younger rival. Then, when Souwer stepped forward for a jab, Grigorian caught him coming in and dropped him with a stiff left hand.

“Souwer Power” was in some pain on the canvas and couldn’t make it back to his feet in time, giving Grigorian the win by TKO at 2:26 of the second stanza.

After promising to retire if he did not win the tournament, an emotional Souwer stayed true to his word and announced that his fighting career was over in a post-bout interview with Mitch Chilson.

“I kicked a couple times and the shin is hurting a lot. I don’t think it’s broken, but it’s burning,” he explained about the end of the match.

“I don’t know what’s wrong, but unfortunately, I told you something about my story. Twenty-four years as a professional — all my life — and to end like this is pretty difficult, especially when my kids and my family are watching.

“It was a bumpy ride [recently], but thanks to martial arts, I stood up. I’m too emotional right now to thank everybody, but I think what is important now is that the future looks bright with Marat in the top four. I think it’s time to say goodbye, guys.”

On the other side, Grigorian paid homage to his legendary foe and looked ahead to an exciting battle with longtime foe Chingiz “Chinga” Allazov in the semifinals.

“It was a good match. I respect Andy Souwer, he is a legend. It was an honor to fight against him in his last fight,” Grigorian said.

“Chingiz is a good fighter, we are two good fighters, so it’s going to be a crazy fight.” 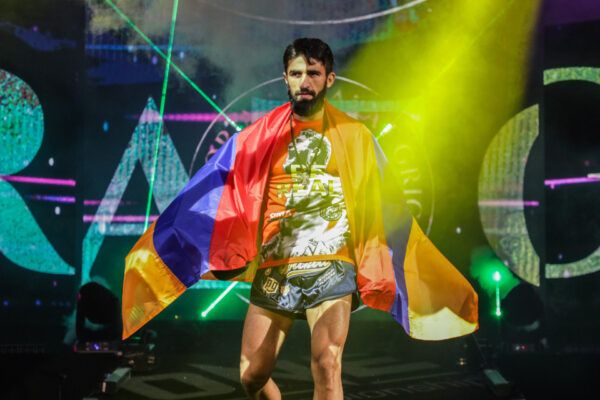 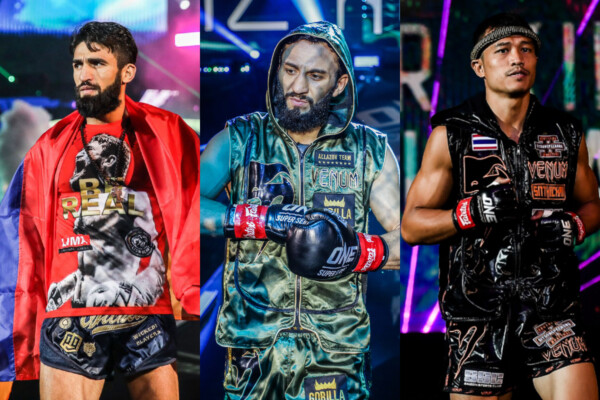