The biggest women’s tournament in mixed martial arts history will come to an epic conclusion at ONE: WINTER WARRIORS this Friday, 3 December.

Both competitors overcame adversity in the quarterfinal round and then produced dominant performances in the semifinals.

Now, they will collide for the tournament’s prestigious silver belt and the next shot at reigning ONE Atomweight World Champion “Unstoppable” Angela Lee.

The whole world will be watching this clash – especially Stamp and Phogat’s fellow ONE Championship superstars. Here, they analyze the intriguing matchup and make their predictions.

“It’s a great matchup. Ritu versus Stamp – two great personalities with a big [fan] following. Two different skill sets – one’s a striker, one’s a grappler. You know all fights start standing, that’s what’s in Stamp’s favor. So the longer Ritu can keep Stamp on her back and impose herself on that aspect in order to get in and stay safe, the more success she will have.

“As for Stamp, she’s got to sprawl-and-brawl and stay off her back. She knows Ritu will be closing the distance. She’s got to be able to strike going backward, keep her at range, and just keep picking her off.

“Who do I think will win? I got to go with Ritu. She’s the queen of Indian MMA, and it’s about time we got a king and queen there to spread this sport and blow it up. I think she’s going to win, and then I hope in her next fight, we’re on the same card together.”

“This final round is very exciting because Stamp is there, and obviously, she’s my friend. She’s one of the most amazing and most dangerous strikers in the division. Ritu is very good with her wrestling.

“It’s hard to call this bout. If Stamp dominates Ritu in the striking department and keeps this fight from hitting the mats, I think she’s going to win hands down. She has great takedown defense and her ground game is very well developed. And I’m maybe a little biased here, but I think Stamp wins this fight because she’s a more complete fighter.”

“For some reason, I want to lean toward Ritu, but you can’t count Stamp out. But I just think that Stamp kind of waits a little bit too much and Ritu is more head-on, as far as the wrestling goes.

“She’s going to be able to take Stamp down, and so I’m going to lean toward Ritu. But Stamp has a great chance against Ritu because of her caliber of striking. I believe she’s had like 100 fights since she was a kid.

[Stamp is] very experienced, and one punch or one kick can finish the fight, or one elbow or one knee could finish the fight. It’s a very interesting matchup, and I look forward to it.”

“If I had to choose, I’m going to say Stamp. I personally would like to see Stamp fight Angela. Ritu is really exciting, too, but coming from me being a striker and liking to stand up and stuff, I’m going to go for the striker.”

“I got to go with Stamp Fairtex because she [starting to] mix her Muay Thai with other martial arts, and it’s going to be good. And I think she’s going to win by points.”

“I’m going to go with Ritu just because I think that she has really good wrestling, and I feel like she’s going to win via decision.”

“I’d like to predict Ritu versus Stamp. I like Stamp a lot – she’s made a lot of progress in her MMA, but her grappling is still too limited for Ritu, and Ritu is just going to take her down time and time again. So, I’m going to have to give this one to Ritu. Good luck to both.”

“It’s the ground game versus striking. It’s hard to tell, but I feel like Stamp will win.

“I’ve seen how much she’s improved on the ground [in the quarterfinals against Alyona Rassohyna], who’s also a very good grappler. Now, Stamp has it all. She can defend on the ground, she has punches and kicks, and that’s why I’m taking her.”

“They’re both good. They’re tremendous athletes with different expertise. If this match goes to the ground, it’s Ritu, and Stamp takes it on the feet.

“But my bet is on Stamp Fairtex. I believe that her striking is so much better and that her ground game has improved and is looking more and more polished in each fight.

“This is just my opinion, but I feel like Stamp is more experienced than Ritu. But I’m not discounting the fact that Ritu can win and submit her, given her strength and grappling. I’m taking Stamp. Let’s just wait and see.”

“I think Ritu is very smart. I think that she is probably going to take this.

“It’s definitely one of my favorite tournaments that I’ve watched so far. It’s fun to watch high-level girls put it all on the line.

“It kind of surprised me how Ritu got out of the first round against Meng Bo, but she did, then she won her second one and now she’s in the final. It kind of baffles me.

“Stamp, I knew she was a top talent, one of the top two to be in there. It’s been an amazing Grand Prix to watch, may the best girl win.

“If I had to choose, I’d say Stamp, just being the bigger girl, being stronger. But don’t get me wrong – Ritu can win as well. Her wrestling is legit. Stamp has to be on point. Otherwise, it’s going to be a grind to the decision via Ritu.”

“I think Stamp will win. I think Ritu won’t get the takedown and will end up getting smashed up by [Stamp’s] striking. I think the quality of Phogat’s striking and Stamp’s are different, as far as I can tell.”

“In this final between Ritu and Stamp, from what Ritu has been showing in the Grand Prix, I believe she is the winner in this final. Ritu is a very tough athlete, very versatile. She has very strong grappling.

“So, in my opinion, she will be the winner of this final. But it will be a very tough fight, so I believe this fight will go to the judges’ decision.”

“I think that Ritu has a serious chance. As we all know, all wrestlers can dictate where the fight goes. Stamp has amazing stand-up, but if you’re scared of the takedown always, you’re always going to be tentative to where you throw.

“And that’s where Ritu’s advantage is – that she can scare her, knowing that Stamp can be taken down and she can dictate the fight the way she wants.

“But I wouldn’t sleep on Stamp either. [She has] amazing stand-up, amazing striking. It’s going to be a good fight for her, and it’s truly going to show who’s one of the best.”

Read more: 5 Reasons To Watch ONE: WINTER WARRIORS On 3 December 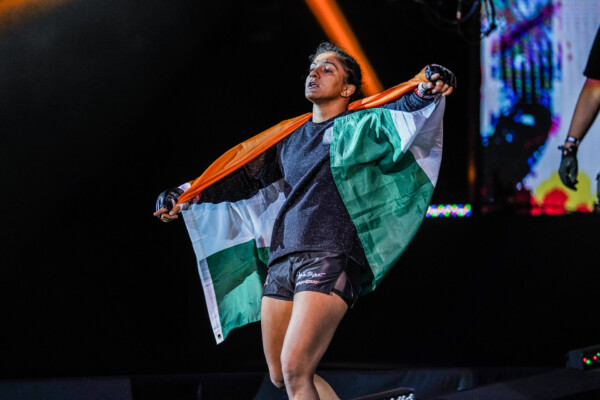 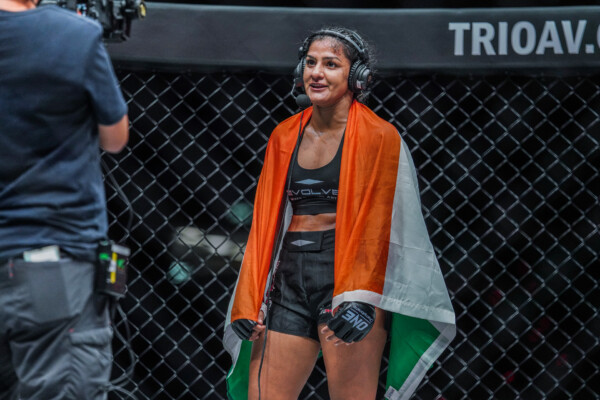 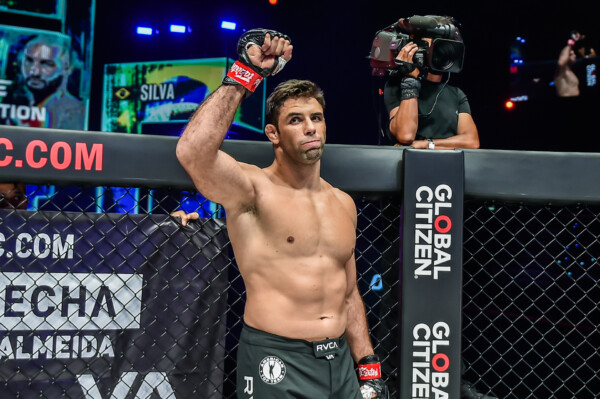