ONE Flyweight Muay Thai World Champion Rodtang Jitmuangnon may be the reigning king of his division, but the Thai megastar is feeling slightly nervous ahead of his next fight on Friday, 20 May.

That evening, he is scheduled to face the United Kingdom’s Jacob Smith in the ONE Flyweight Muay Thai World Grand Prix quarterfinals at ONE 157: Petchmorakot vs. Vienot, which broadcasts live from the Singapore Indoor Stadium.

“The Iron Man” has assessed Smith’s fighting capabilities, and he has nothing but praise for the Englishman. In fact, the 24-year-old Bangkok resident admits that he needs to be extra cautious once the Circle Door closes.

“My opponent in this fight is considered really good at Muay Thai rules. As far as I have studied him from videos, I watched how he fights. He is awesome at Muay Thai.

“I can’t be careless. I’m meeting him in the first round of this tournament, but it’s not going to be easy. His build is large, too. I’m a little concerned.”

Smith is undoubtedly a formidable foe.

The Englishman, who owns a 14-5-1 record in Muay Thai and kickboxing combined, trains alongside his famous compatriot, Liam Harrison, at Bad Company. Moreover, Smith is an exciting come-forward striker with immense power and fights just as aggressively as the Thai superstar, which makes this clash one of the tournament’s most intriguing battles.

Rodtang knows it won’t be a walk in the park. Truth be told, he believes the British hard-hitter could pose the most difficult challenge in the entire ONE Flyweight Muay Thai World Grand Prix.

“We’ll have to see how hard or easy it goes. I just can’t be careless as this is a ‘small gloves’ fight, and he has a similar fighting style with heavy weapons. I haven’t seen any of his weaknesses yet, from what I’ve studied.

“He is the most dangerous of the group. If I get through Jacob Smith, the following fights might be easier.”

With the opportunity to add the ONE Flyweight Muay Thai World Grand Prix Championship to his trophy case, Rodtang Jitmuangnon is laser-focused on beating Jacob Smith and taking home the highly coveted silver belt.

But after he’s accomplished his mission of winning the prestigious eight-man tournament, “The Iron Man” plans to fully dedicate his time to an entirely new arena.

Rodtang recently doubled down on his future MMA pursuits. He said:

“I didn’t want to wait because I still have my Muay Thai skills, and I still want to fight. That’s why I chose to join the World Grand Prix. But my goal is to join MMA.

“My plan is to finish this World Grand Prix and then fully join MMA.”

“The Iron Man” got his first taste of mixed martial arts action when he took on 12-time Flyweight MMA World Champion Demetrious “Mighty Mouse” Johnson in a special rules super-fight at ONE X this past March.

After surviving Rodtang’s relentless onslaught in the first round under Muay Thai rules, Johnson came back strong in the succeeding MMA round, where he took the Thai superstar’s back and put him to sleep with a rear-naked choke.

Despite the loss, Rodtang claims he learned a lot from sharing the Circle with the MMA GOAT. The ONE Flyweight Muay Thai World Champion said:

“The reason I don’t feel disappointed or sad after losing to [Demetrious Johnson] is because we already know that he is an MMA legend, while I’m still very new. My training and experience is still very young in MMA, especially in the ground game.

“There’s no regret or sadness because fighting with the great ones is an experience.” 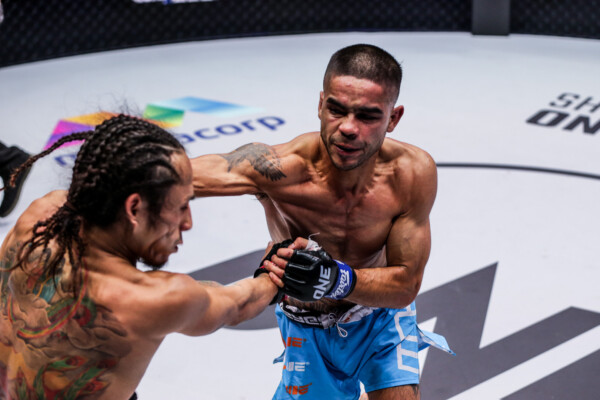 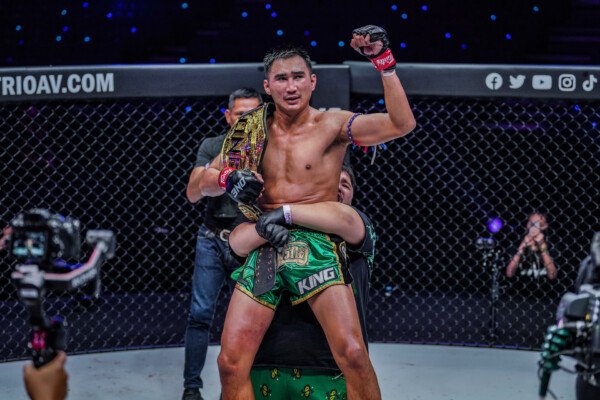 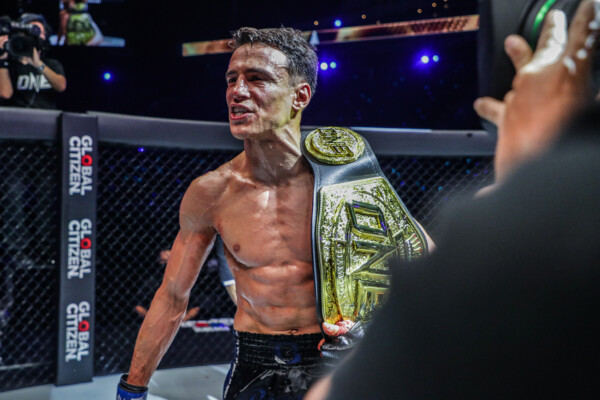