“Reug Reug” Oumar Kane may have been cautious when the opening bell rang in his ONE Championship debut, but he soon switched gears and defeated one of the promotion’s most beloved athletes.

The Senegalese Wrestling Champion finished hulking superstar Alain “The Panther” Ngalani with only seconds to spare in the first round of their heavyweight mixed martial arts clash at ONE: UNBREAKABLE II, which aired from Singapore on Friday, 29 January. 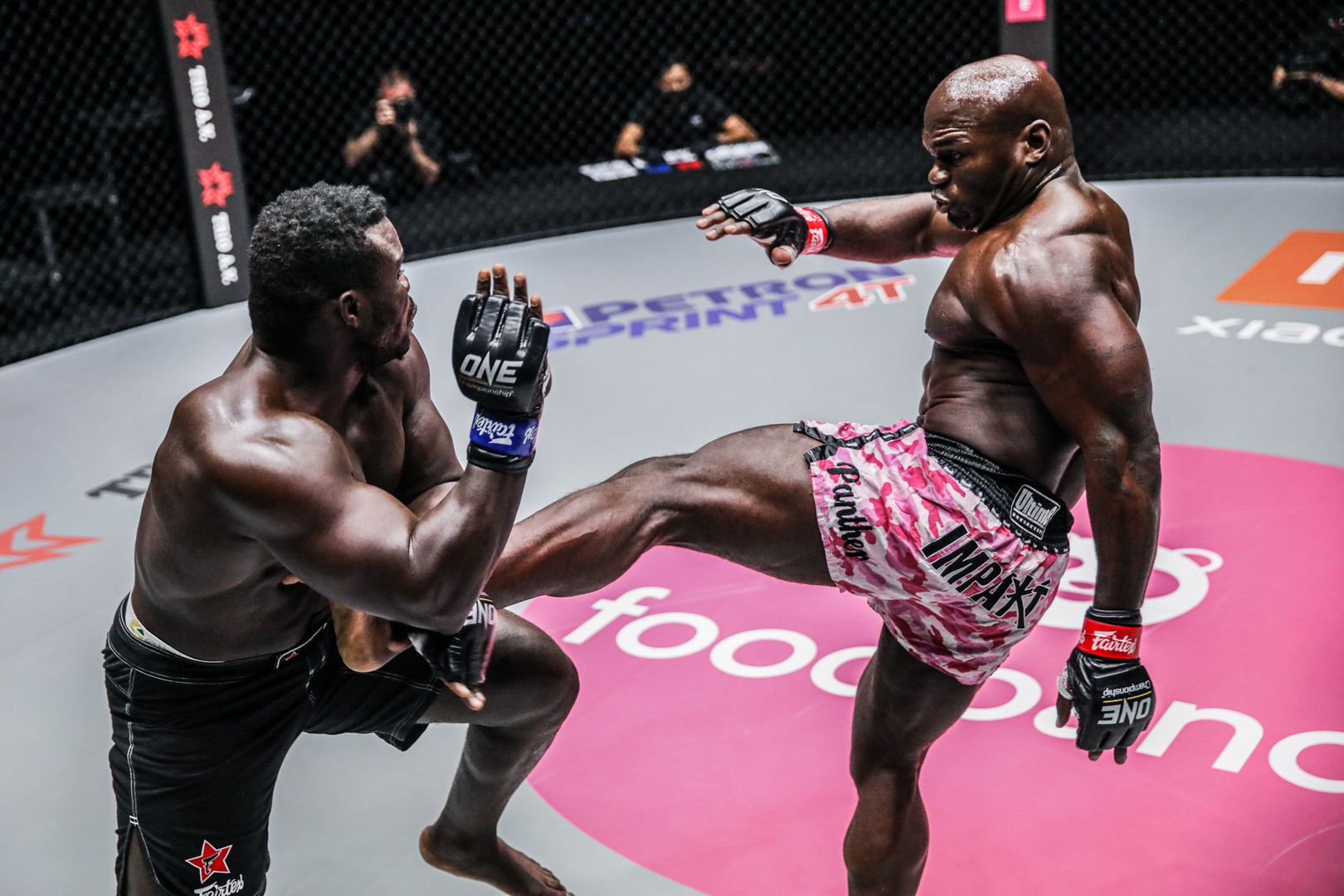 Though Kane earned the TKO victory, he had a tentative start to this clash of African titans.

Each man measured the distance with their hands, and it was the Cameroon-born Ngalani who initiated the first action. “The Panther” took the center of the Circle, threw a low kick at Kane’s huge thigh, and slowly continued to back him up against the Circle Wall.

Ngalani then whipped an inside leg kick at his massive rival’s lead leg, which prompted “Reug Reug” to shoot for a takedown, but the four-time Muay Thai and Kickboxing World Champion easily shrugged it off and backed away from the debutant’s grasp.

Next, the two exchanged leg kicks, and Ngalani soon had the Senegalese grappler backing up toward the Circle Wall again. 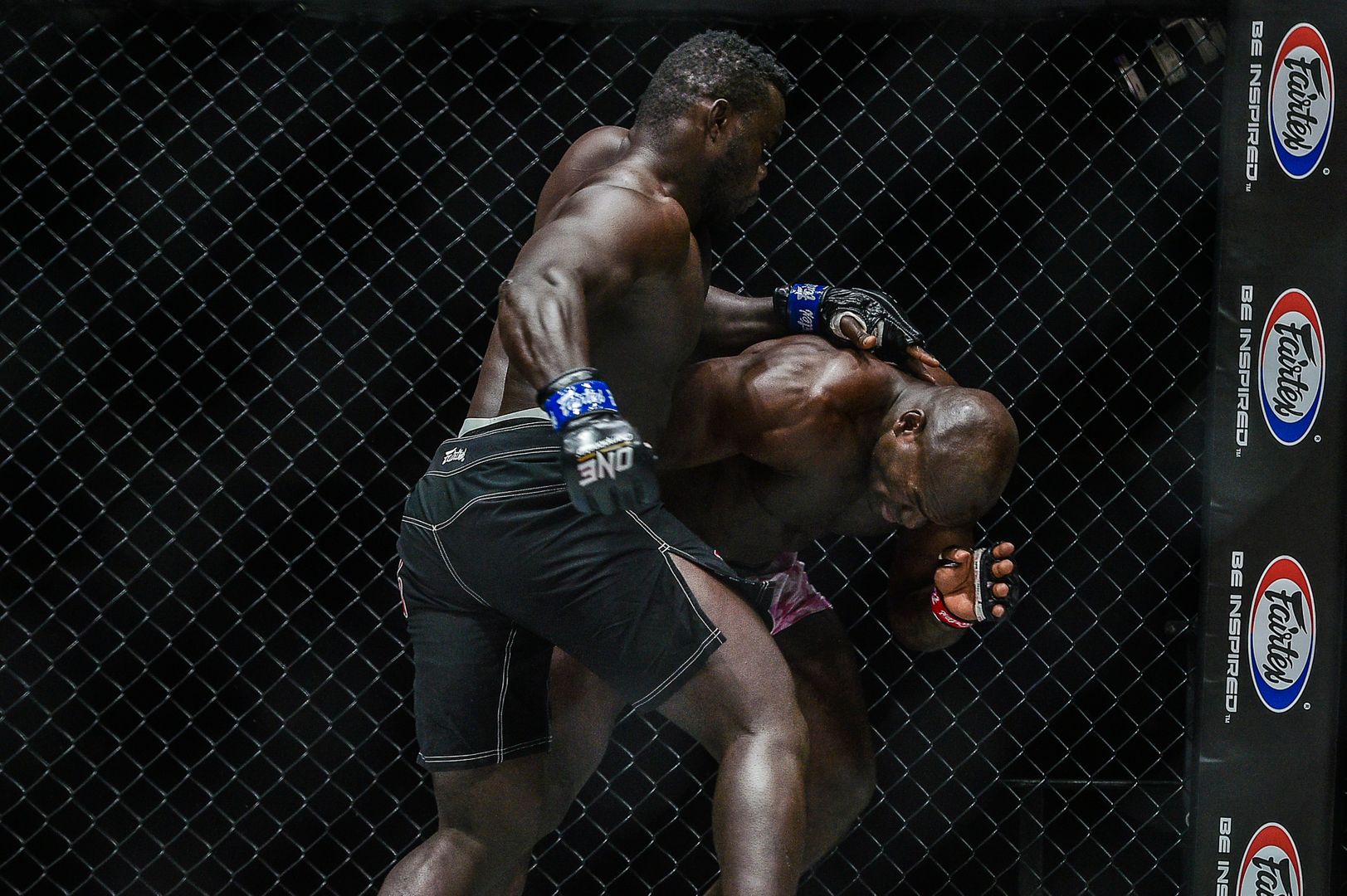 At that point, both men continued to patiently measure the distance with their hands, waiting for the other to make a crucial mistake.

Ngalani switched to the southpaw stance and unleashed a left roundhouse to the body. “Reug Reug” partially blocked it and retaliated with a looping overhand left, but he only hit air. The Senegalese athlete followed that attack with a roundhouse kick to the head, though “The Panther” expertly blocked it and looked to put his man on the back foot once more.

It was clear the Cameroon-born fan favorite was looking for the power shot to crumple his rival, as he fired off another body kick and even a head kick of his own.

Despite being the target for Ngalani’s arrow-like strikes, “Reug Reug” wasn’t rattled. He continued to mostly block the kicks and responded with a similar tactic, showing no fear of exchanging firepower with the superstar striker. 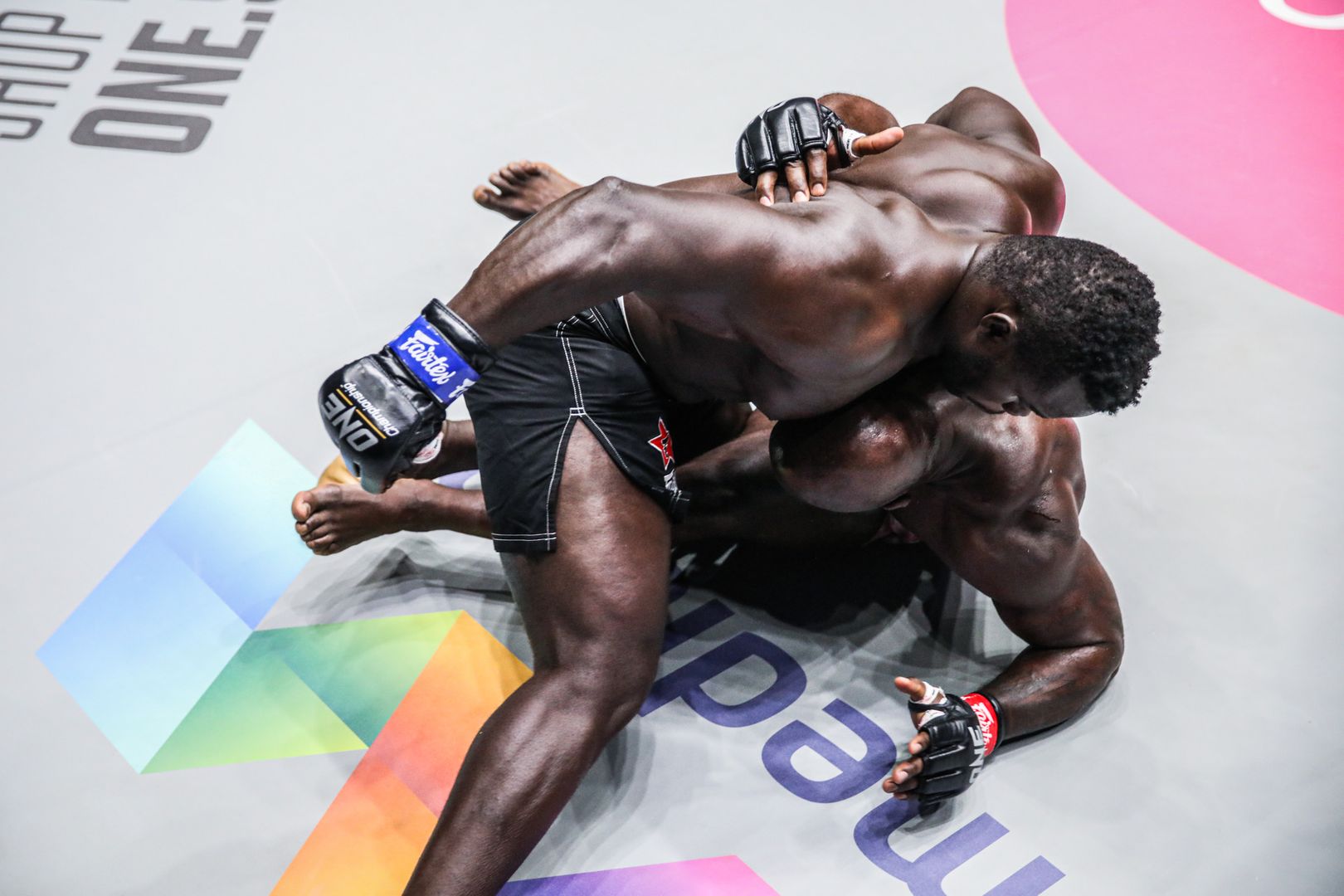 Later, referee Olivier Coste paused the contest and asked for more action – a request that Kane certainly delivered on.

Ngalani attacked with a pair of kicks, but “Reug Reug” bum-rushed the veteran, threw a few punches, and clinched with him against the Circle Wall. “The Panther” tried to escape, but the Senegalese behemoth followed him against the wall with punches, grabbed a leg, and spun his foe around for the takedown.

Kane then pinned Ngalani’s left leg down with his knee, underhooked his opponent’s right arm, and repeatedly punched the Cameroonian’s head with his massive right hand. 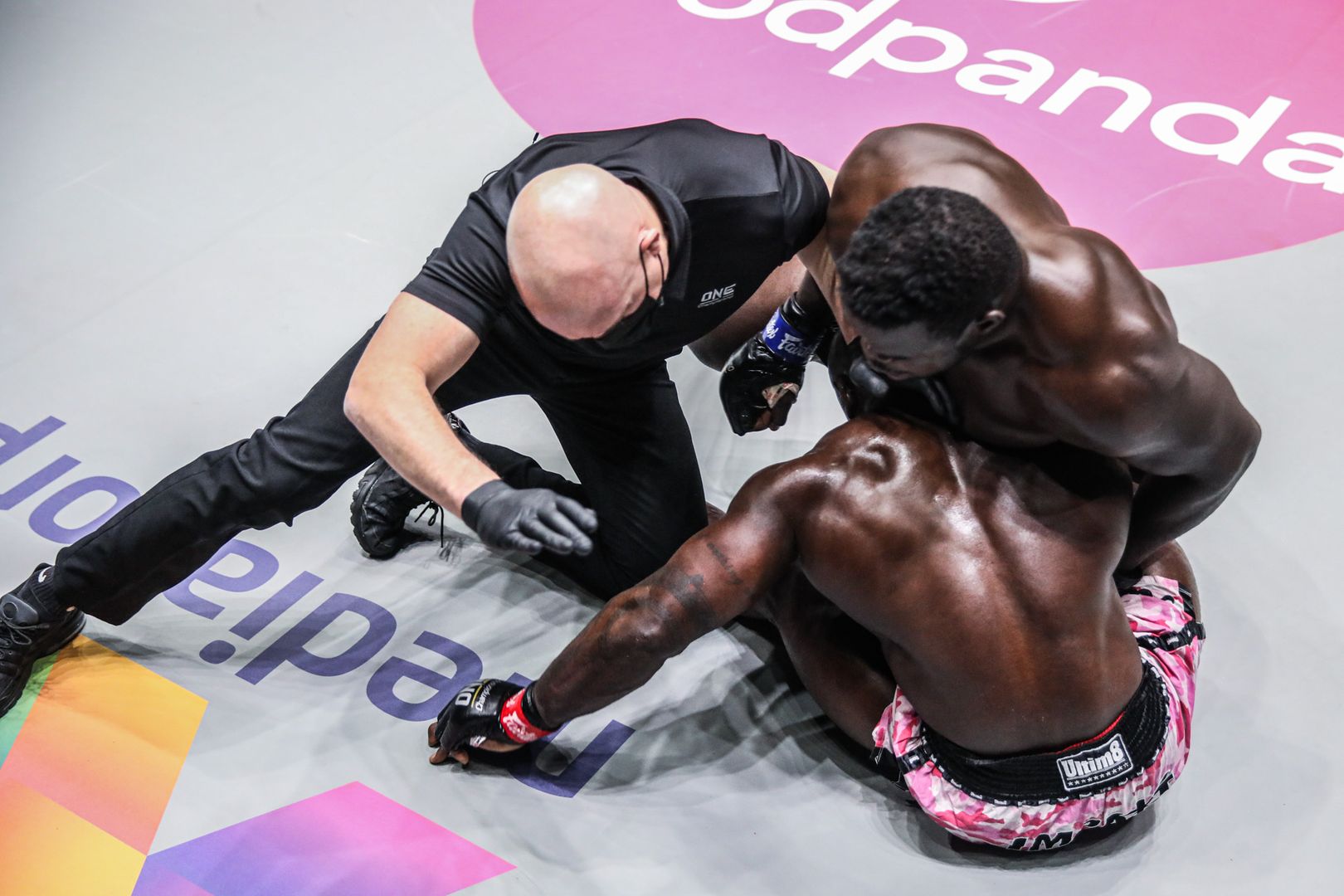 “The Panther” tried to escape and power his way out, but he ate more shots in the process. Ngalani made it to his knees and carefully stood up, but “Reug Reug” immediately swept him back to the canvas to deal out more punishment.

After several more shots, Coste had no choice but to stop the contest and prevent Ngalani from taking any more damage.

With the huge victory at 4:32 of the opening round, “Reug Reug” announced himself as a threat in the heavyweight divison. 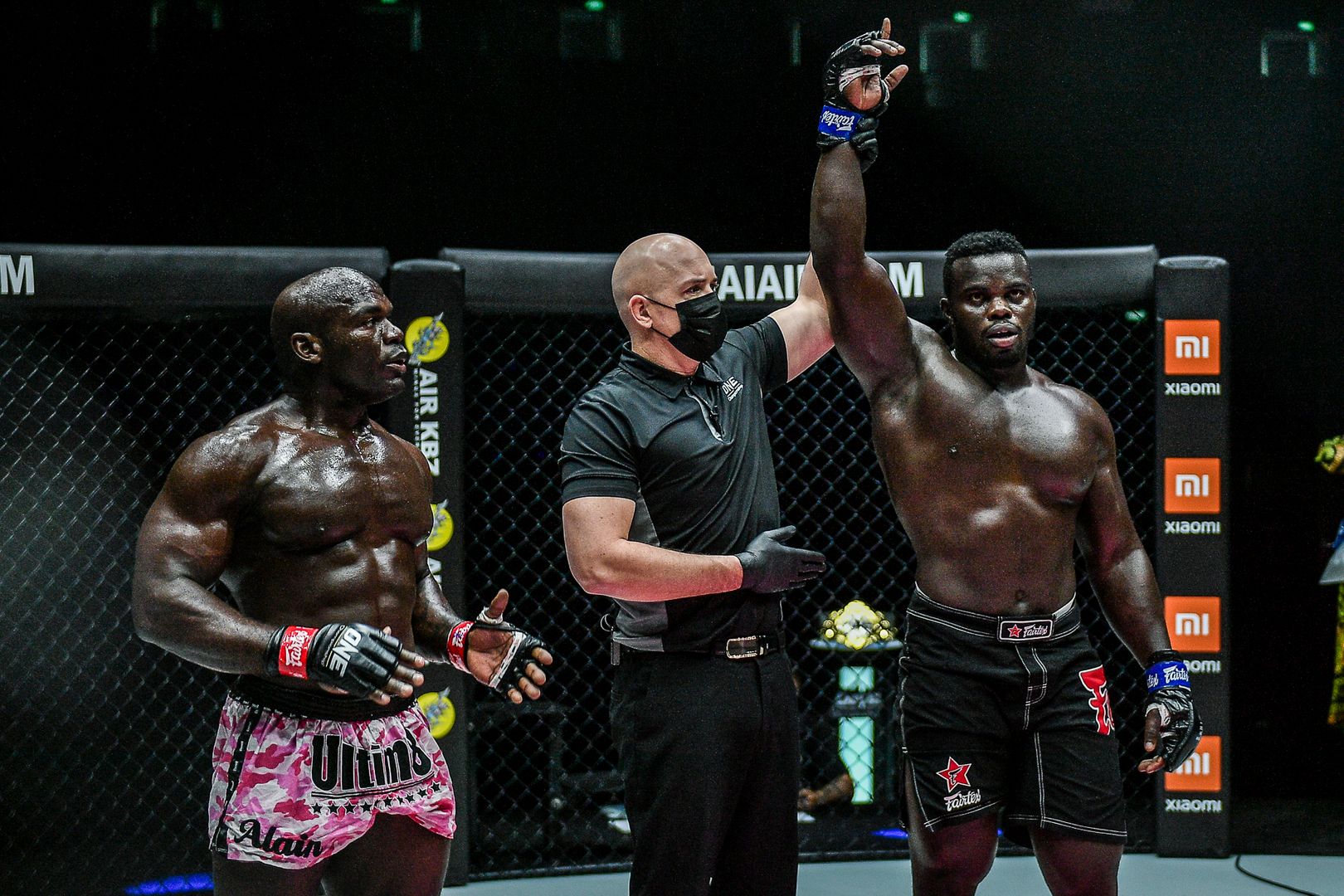