Murad Ramazanov maintained his flawless professional record and continued making his case to enter the ONE Welterweight World Title picture with a dominant grappling display in Singapore.

The Russian phenom earned a clear-cut unanimous decision victory over Hiroyuki “Japanese Beast” Tetsuka at ONE: INSIDE THE MATRIX III, a previously recorded show that aired on Friday, 13 November. 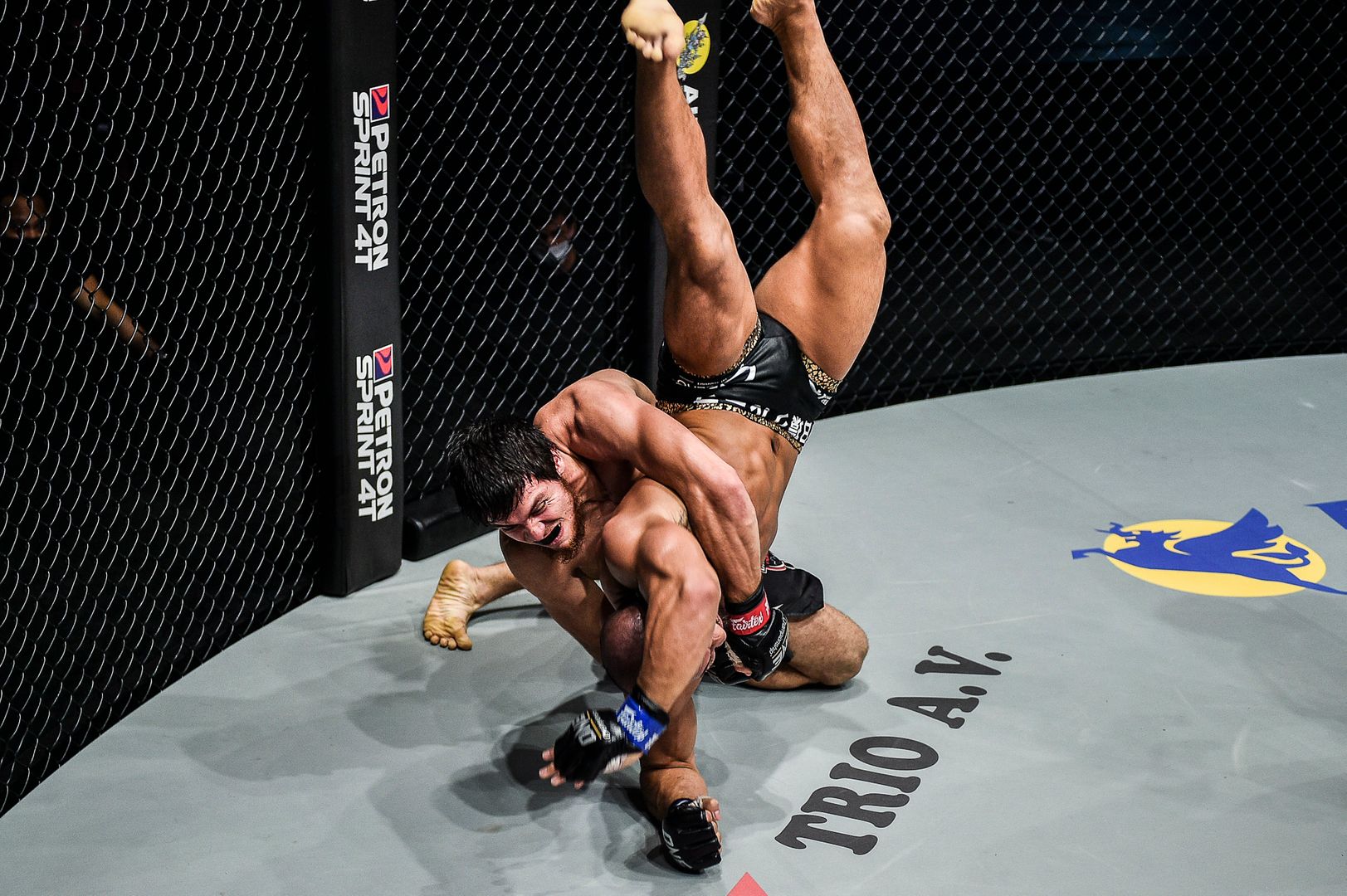 At the opening bell, “Japanese Beast” stormed out with a jumping knee attempt, but the Dagestan Fighter representative smiled back to make it clear that flashy striking attempts would not faze him.

Ramazanov then set the tone by catching an early outside leg kick and closing the distance with a body lock. He proceeded to drag Tetsuka to the canvas every time the Yamada Dojo-TGFC trained athlete got back to his feet, controlling the opening round with his brute strength.

After being on his back throughout the first round, Tetsuka was more cautious in the second frame’s opening moments. However, it would be more of the same from Ramazanov. 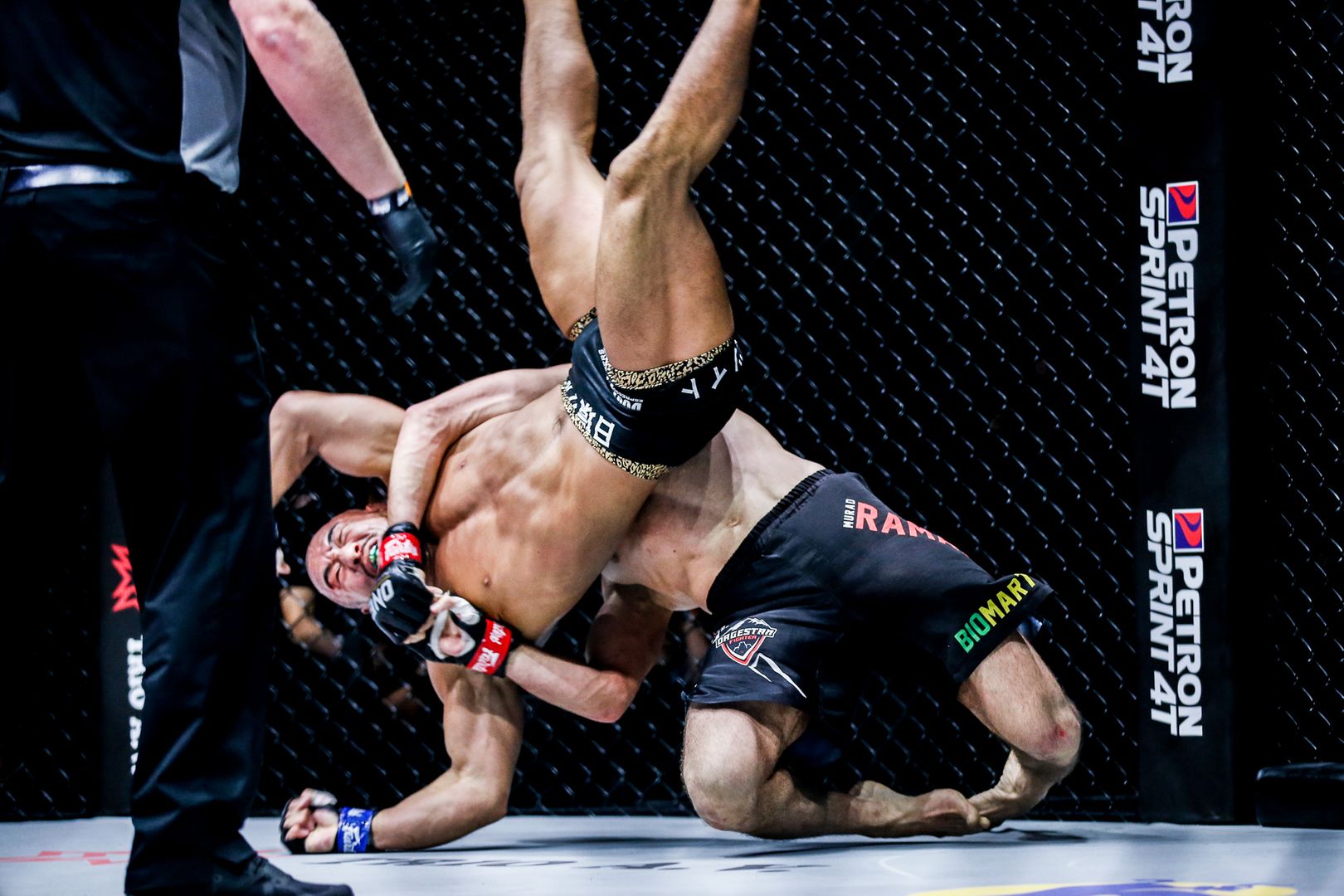 The undefeated Russian completed a double-leg takedown and stuck to his opponent like glue. Ramazanov was able to land a short elbow over the top of Tetsuka’s guard, and each time “Japanese Beast” worked back to his feet, his foe was quick to drag him back down.

In the third round, Tetsuka stuffed an early takedown attempt and looked as though he might rack up points in the striking department. But again, Ramazanov was relentless.

After failing on another takedown attempt, he continued to charge forward while snatching the Japanese athlete’s left leg until he put him back on the mat.

With Tetsuka sitting up near the Circle Wall, Ramazanov pulled him away by his hips and simultaneously took the mount position. Although Tetsuka got back to his feet again, he was met with a resounding slam to punctuate the Russian’s dominance in the bout. 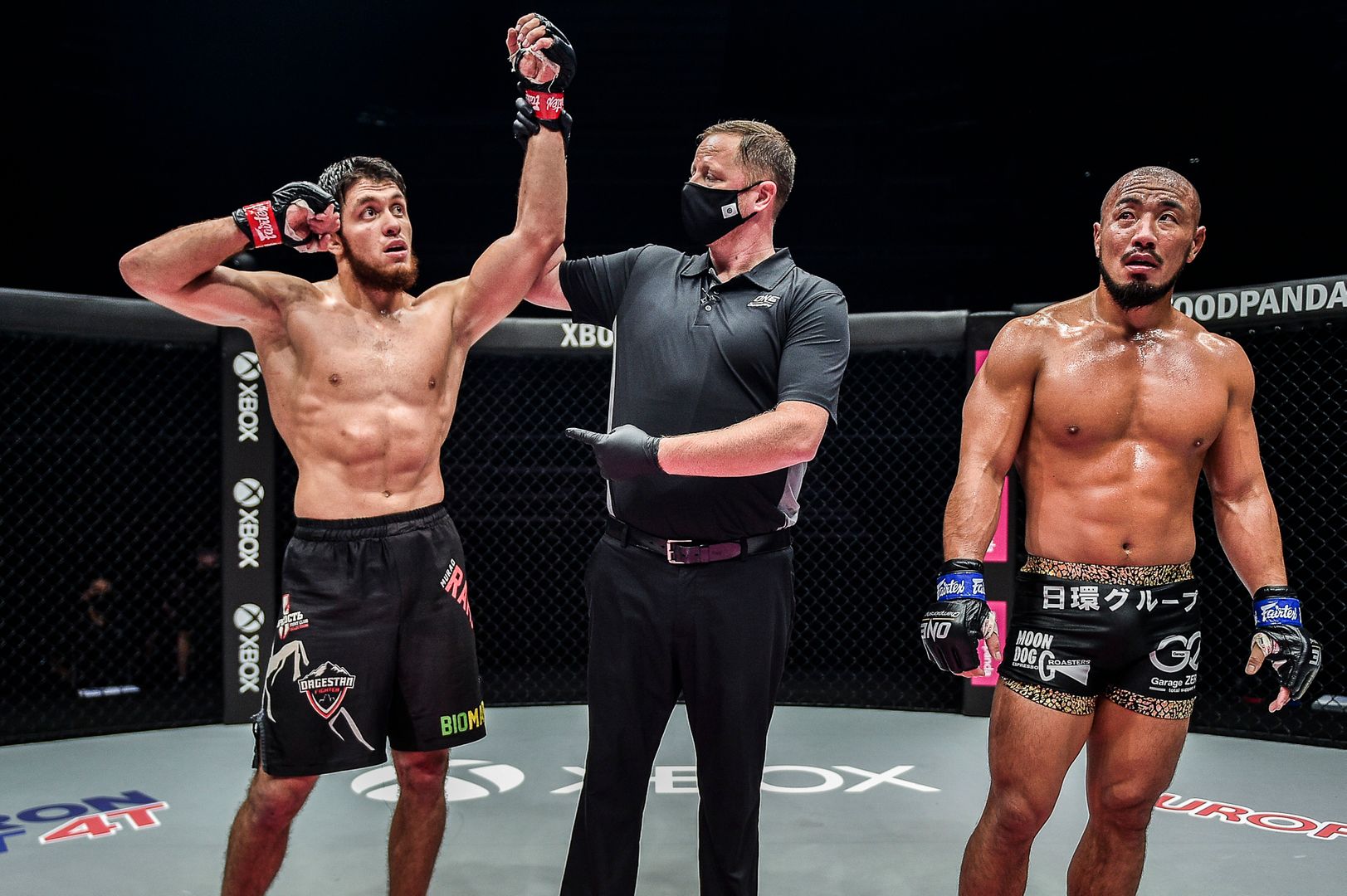 With another commanding performance and a 10-0 pro record, Ramazanov made the case to be one of the division’s top contenders and a possible future challenger for Kiamrian “Brazen” Abbasov‘s ONE Welterweight World Championship.