ONE: WINTER WARRIORS II will cap off ONE Championship’s 2021 campaign in style when it airs from the Singapore Indoor Stadium next Friday, 17 December.

The all-MMA card features former ONE World Champions, veterans who’ve challenged for a belt, and young phenoms who are trying to climb the mountain for the first time. Despite their different paths, all of them know that ending their next bout in emphatic fashion would elevate their profile heading into the new year.

Of course, the stars of ONE: WINTER WARRIORS II have already produced plenty of highlight-reel moments. Before they enter the Circle once again, check out five of their best finishes on the global stage.

#1 Kingad Stuns In ONE Debut

Danny “The King” Kingad marked his arrival in ONE Championship’s flyweight division with a sensational first-round TKO of Muhamad Haidar. The Filipino’s memorable debut took place at ONE: GLOBAL RIVALS in April 2016 at the Mall of Asia Arena in Manila.

When the bell rang for round one, Kingad tracked Haidar around the canvas. Once the Malaysian was backed into the Circle Wall, “The King” scooped him up and dumped him to the mat. Haidar got back to his feet, but once again, Kingad suplexed his foe, displaying his authority in the bout.

The Filipino eventually mounted his opponent and then rained down punches until the referee waved off the contest at the 2:20 mark.

The victory sent Kingad on an upward trajectory in ONE, where he now stands as the #2-ranked flyweight contender. Moreover, his only losses have come at the hands of #1-ranked Demetrious “Mighty Mouse” Johnson and reigning ONE Flyweight World Champion Adriano “Mikinho” Moraes.

If he beats former ONE Flyweight World Champion and current #4 contender Kairat “The Kazakh” Akhmetov in the main event of ONE: WINTER WARRIORS II, “The King” might just earn a shot at redemption against Moraes.

In October 2015, the Russian entered the Circle for the first time to challenge then-ONE Middleweight World Champion Igor “Lionheart” Svirid at ONE: TIGERS OF ASIA.

Svirid looked in control from the opening bell, and he dropped Bigdash with punches twice. But, to everyone’s surprise, the challenger withstood the adversity, dropped the defending king with a knee to the face, and almost choked him out at the end of the round.

In the second frame, the Russian continued to attack. He hit Svirid with another knee to the face, which was followed by a right hook. “Lionheart” went down, and Bigdash pounced, finishing off his foe with hammerfists to become ONE’s new middleweight king.

The divisional belt has changed hands numerous times since then, and it’s currently held by Reinier “The Dutch Knight” de Ridder. But a win over King Kong Warrior” Fan Rong on 17 December could thrust Bigdash right back into the World Title picture.

In August 2017, Kevin “The Silencer” Belingon continued his comeback trail with a first-round TKO of Reece “Lightning” McLaren at ONE: QUEST FOR GREATNESS in Kuala Lumpur, Malaysia.

Belingon came out throwing spinning back kicks at McLaren until the Australian lunged in for a hook. However, the Filipino beat his man to the punch – quite literally – with a right hand that swept McLaren from his feet. “The Silencer” then jumped on his rival and unleashed a deluge of ground-and-pound until the referee intervened at the 1:02 mark.

The victory was Belingon’s third straight after falling to ONE Bantamweight World Champion Bibiano “The Flash” Fernandes one year earlier – and he continued the incredible run until November 2018, when he avenged that defeat and dethroned Fernandes to capture bantamweight gold.

“The Flash” is now the World Champion again, and he’s beaten the Filipino in three of their four historic encounters. However, a win over fast-rising finisher “Pretty Boy” Kwon Won Il in the co-main event of ONE: WINTER WARRIORS II could earn Belingon one more crack at his longtime rival.

The South Korean scored a first-round TKO against two-time BJJ No-Gi World Champion Bruno “Puccibull” Pucci at ONE: INSIDE THE MATRIX IV in October 2020.

Pucci shot early and fast in the first round of their bout, but Kwon sprawled, got underhooks, and defended the grappling star’s takedown attempts. “Pretty Boy” then backed away – creating space to strike – and hit “Puccibull” with a body shot that made him wince.

Two more right hands and an uppercut sealed the victory for Kwon, as the referee jumped in to call off the bout at the 2:00 mark.

A few months later, Kwon scored his second straight finish, this time against “The Ghost” Chen Rui at ONE: UNBREAKABLE II. If he makes it another early night against #2-ranked Belingon, he’ll undoubtedly enter the top-five bantamweight rankings and make a case for a World Title shot against Fernandes.

Zebaztian “The Bandit” Kadestam earned the vacant ONE Welterweight World Title against undefeated Tyler McGuire – but only after fending off the American’s intense ground game for almost 25 minutes at ONE: WARRIOR’S DREAM in November 2018.

For close to five rounds, Kadestam had to endure McGuire’s relentless pressure – and then he did it. As both men showed their fatigue, “The Bandit” sprung into a right hand that floored his foe. The Swede followed up with a right knee, and the referee jumped in to wave off the bout with only 30 seconds remaining.

Kadestam became the new ONE Welterweight World Champion and successfully defend the throne before losing the belt to Kiamrian “Brazen” Abbasov in October 2019 via decision.

If he topples undefeated Murad Ramazanov on 17 December, “The Bandit” could put himself back into contention for a run toward the gold still held by Abbasov. 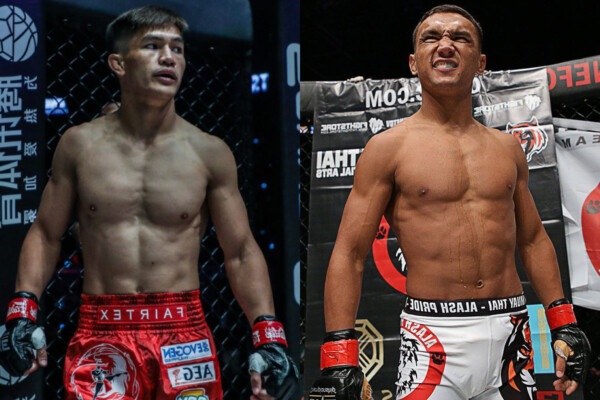 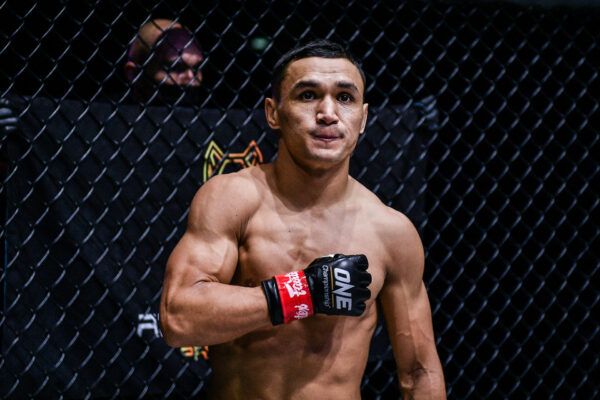