“Pretty Boy” Kwon Won Il and “The Ghost” Chen Rui staked their early claim for Fight of the Year in a bantamweight mixed martial arts classic inside the Singapore Indoor Stadium.

Kwon ultimately emerged victorious with a third-round knockout at ONE: UNBREAKABLE II, a previously recorded event that aired on Friday, 29 January, but Chen’s courage played a major role in the fascinating encounter. The two striking specialists raced out of the blocks with intent at the start of the first frame and slung heavy leather. Kwon repeatedly stuck his jab into his rival’s face, while the Chinese athlete loaded up on hard overhand rights and uppercuts. Neither man took a backward step as they slugged it out in close range.

The complexion of the round changed dramatically when “Pretty Boy” took the action to the canvas with his second attempt at a double-leg takedown against the Circle Wall. He shellacked Chen with punches, elbows, and hammerfists from a variety of positions, and he looked close to a finish from the mount.

However, “The Ghost” somehow survived and found his way back to his feet in the dying seconds. From there, he went searching with a ripping uppercut before the bell. 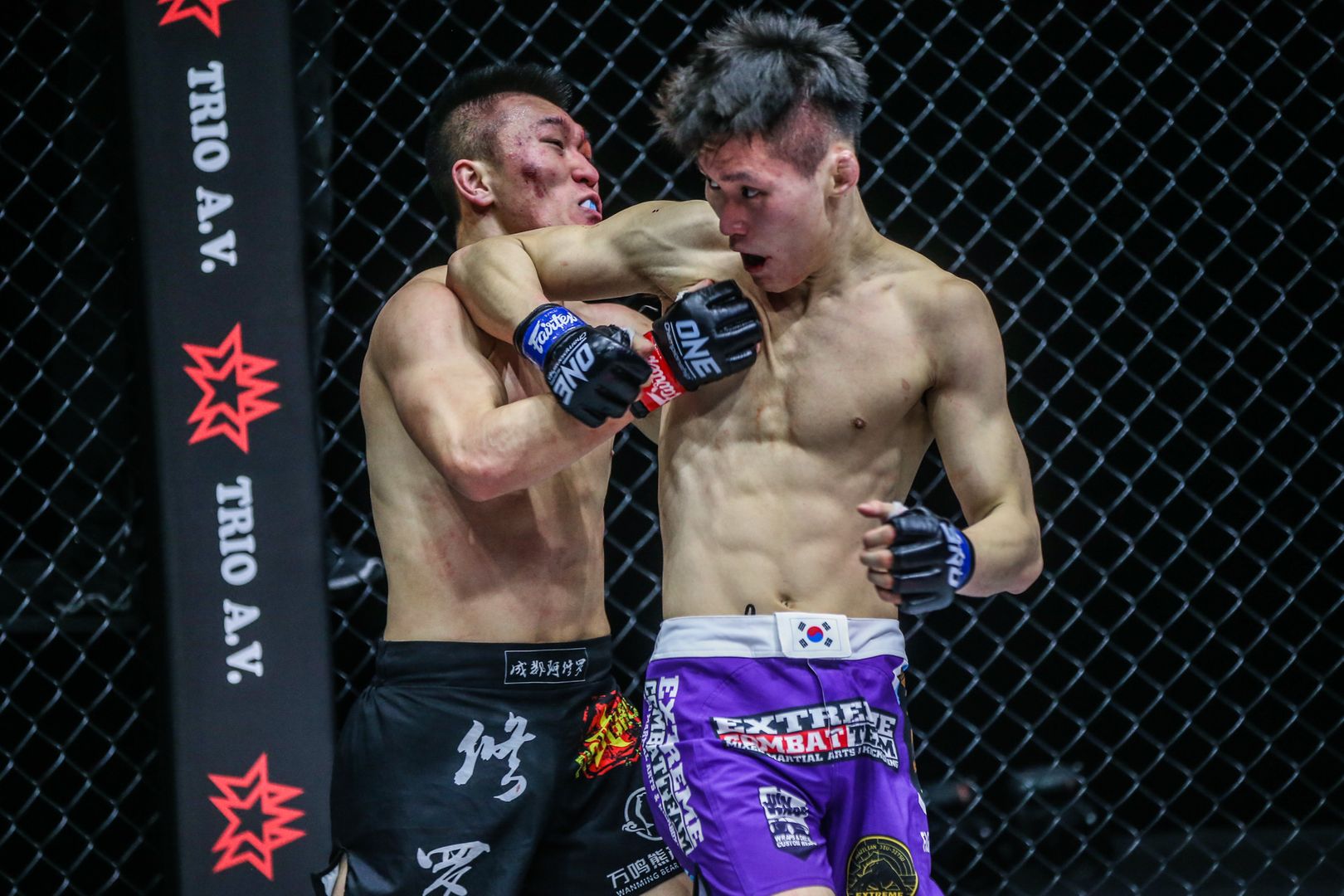 Chen looked refreshed when the second frame began, as he landed with an overhand right, an uppercut, and some solid body punches, but it didn’t take long for his South Korean foe to come roaring back into the lead.

Kwon picked Chen off with his jab to set up hard punches to the head and body. He also scored with some punishing right hands — shots that are usually enough to send his opponents for an early shower — but “The Ghost” somehow stayed on his feet.

Next, a barrage of spinning elbows, left hooks, and overhand rights found their way through the Chinese athlete’s guard as Kwon built up an even more convincing lead after 10 thrilling minutes. 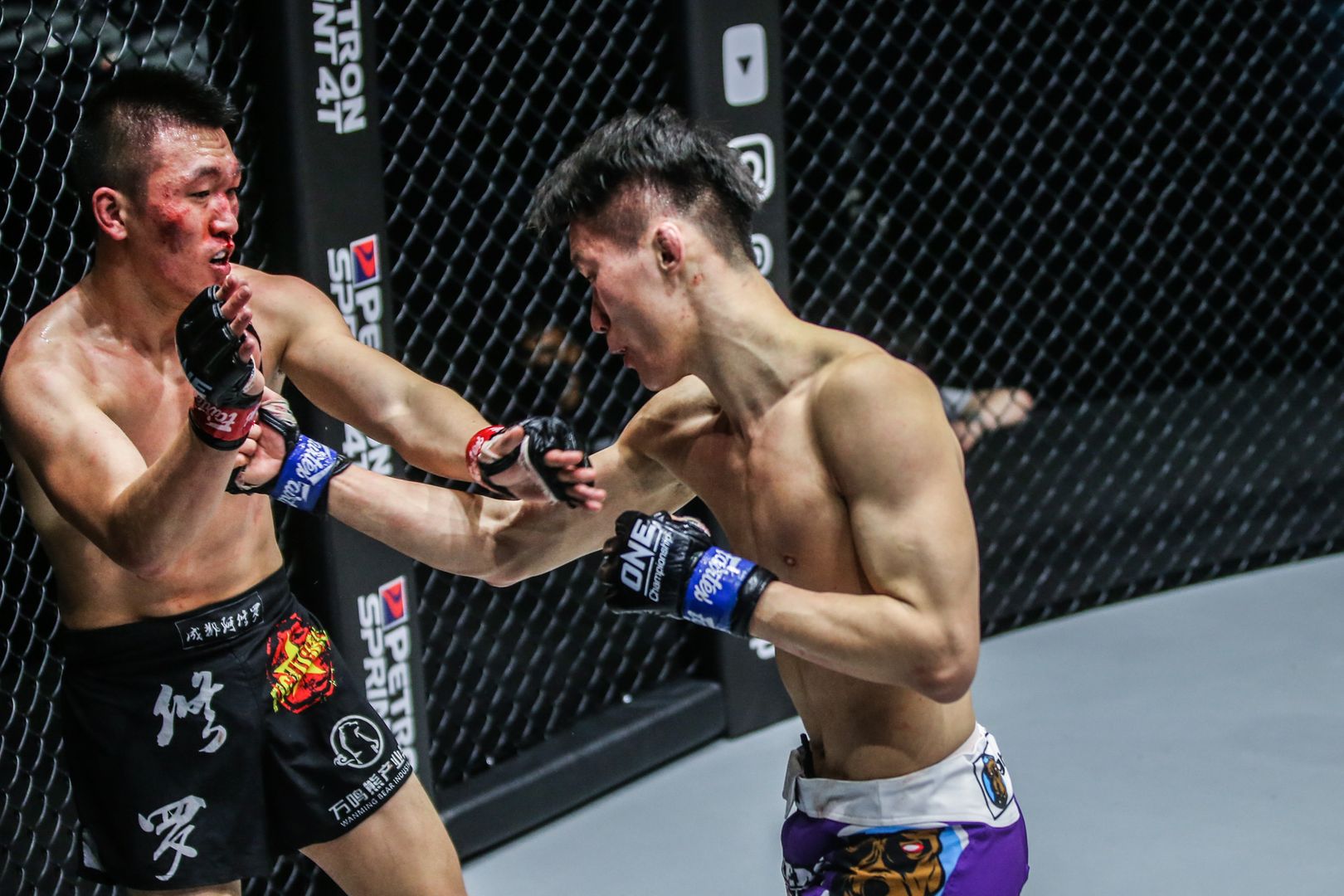 Given all the shots he’d taken, it would have been a miracle if Chen made it to the final bell. Though his incredible display of durability will be remembered by ONE fans for a long time to come, that resilience finally came to an end early in round three.

The Chengdu Ashura Fight Club athlete tried to come out swinging in the final round, but he was clearly depleted. Meanwhile, “Pretty Boy” still looked fresh and stung his foe with his long right hand and left hook. Then, after sinking a hurtful left hook to Chen’s body, Kwon saw his path to a finish.

He walked after his adversary with a jab-cross combo and then smashed another left hook into “The Ghost’s” liver that finally forced him to a knee. 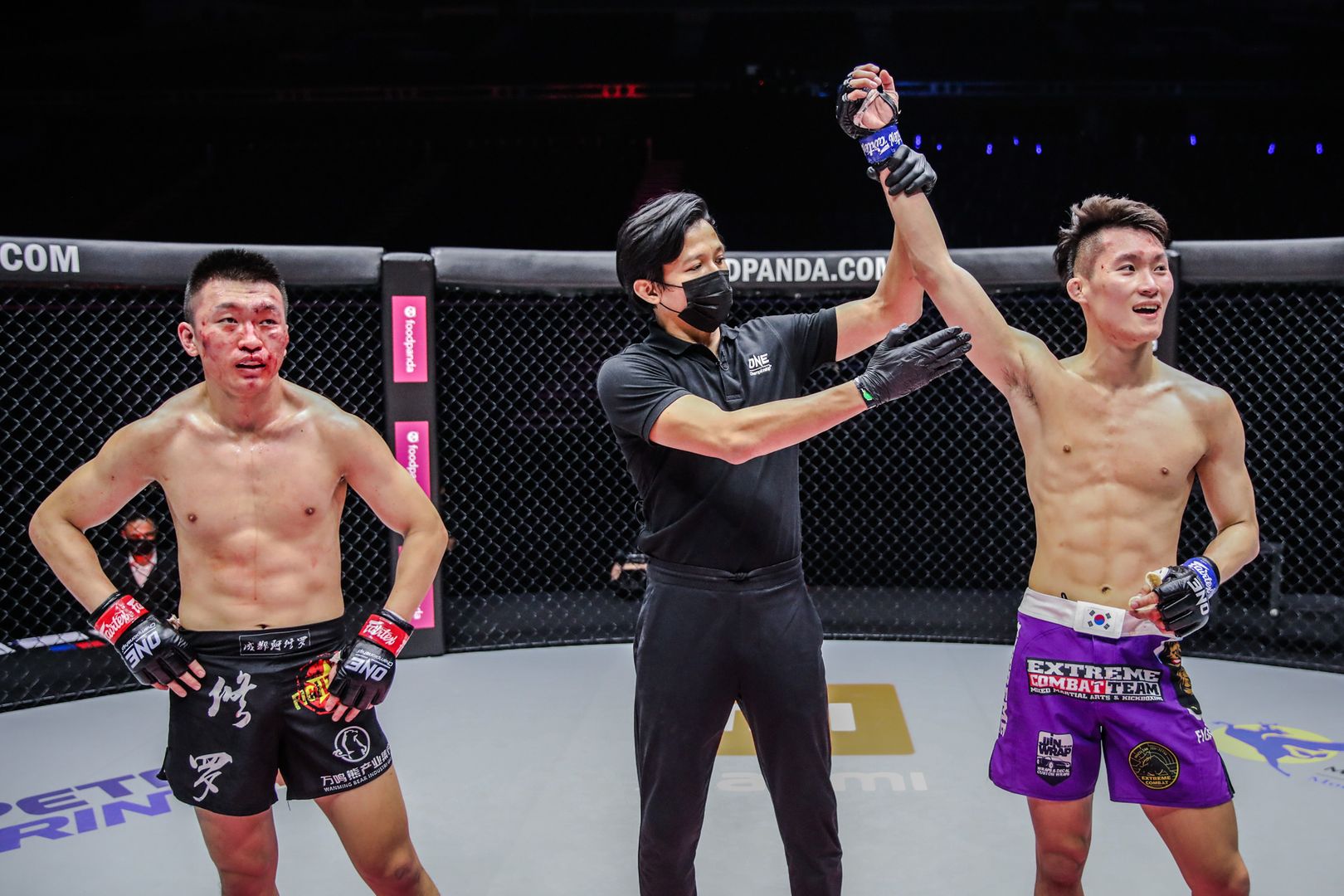 The referee recognized that the Chengdu native was done and waved off the contest at 31 seconds of the final stanza.

With his latest KO, Kwon pushed his mixed martial arts record to 12-3, with all five of his wins on the global stage coming by way of knockout.