Fans were treated to another glorious martial arts showcase at ONE 156: Eersel vs. Sadikovic on Friday, 22 April.

With 15 fights across four different sports, the Singapore Indoor Stadium played host to knockouts, submissions, and wild back-and-forth battles between the best athletes on the planet.

There was plenty of drama throughout the event, which featured a pair of World Championship contests and set the stage for more World Title showdowns later this year.

Here are five big takeaways from ONE 156.

In the main event, longtime ONE Lightweight Kickboxing World Champion Regian “The Immortal” Eersel showed his mettle in a five-round thriller against Arian “Game Over” Sadikovic.

Sadikovic dropped the defending king with a gorgeous flying knee to the chin in the second round – the first time that Eersel has faced a perilous moment inside the Circle.

But in true World Champion form, the Dutch-Surinamese athlete stormed back with his trademark cardio and forward pressure in the later rounds. That impressive response saw “The “Immortal” thrive when it mattered most and leave the Circle with a hard-fought unanimous decision victory.

Eersel’s fourth straight successful defense – and his 19th consecutive win – continued to cement his status as the best lightweight kickboxer in the world. Moreover, he’s making a case to be considered the greatest pound-for-pound striker on the planet.

The Sityodtong Amsterdam representative’s technique and aggressive style have made every ONE Championship opponent wilt under his pressure. And with every impressive victory, Eersel forces any remaining doubters to give him the respect he deserves.

#2 ‘The Hurricane’ Is Only Beginning

Outside of the Circle, Smilla “The Hurricane” Sundell is an unassuming 17-year-old. But when she steps into a fight, the Swedish phenom becomes a ferocious, unrelenting athlete who breaks her rivals.

On Friday, Sundell fought well beyond her years to defeat Jackie Buntan and claim the inaugural ONE Women’s Strawweight Muay Thai World Title. Across five rounds of action, she showed incredible instincts and intelligence that most veterans of the sport do not possess.

“The Hurricane’s” poise and advanced skill set are terrifying thoughts for any future challenger. She is already the best on the planet – yet she still has plenty of room to grow.

Sundell will undoubtedly mature in the gym and as a person. She’ll better understand how to utilize her talents while adding new weapons to her arsenal.

The 17-year-old is now the youngest World Champion in ONE history, and we could be witnessing the first chapter of a storied career.

From the moment Jarred “The Monkey God” Brooks signed with ONE Champion, he made it known that he wanted a shot at ONE Strawweight World Champion Joshua “The Passion” Pacio.

At ONE 156, the brash American completed his rise through the ranks by submitting #1 contender Bokang “Little Giant” Masunyane with a first-round rear-naked choke. And immediately after locking up the finish, Brooks looked into the camera and told Pacio he was coming.

So far, “The Monkey God” has backed up everything he says. He’s gone 3-0 in the Circle with three dominant wins over top-five strawweights. Now, only the king awaits.

This matchup has seemed destined to happen for a while now, and it will be one of 2022’s most anticipated contests. After a lot of talk, the two best strawweights in the world will collide with a bit of friction between them, and it should lead to a fascinating World Title tilt.

#4 Harrison-Muangthai Was One For The Ages

With smaller 4-ounce gloves, ONE Super Series Muay Thai has given fans many thrillers over the years. Still, nobody was prepared for what happened between Liam “Hitman” Harrison and “Elbow Zombie” Muangthai PK.Saenchai.

In the opening round, Muangthai knocked down Harrison with a thudding head kick and then dropped him again with a straight left.

The 36-year-old British legend seemed all but finished – but then the unthinkable happened. As if a switch was flipped, Harrison countered “Elbow Zombie” with a pristine right hand that wobbled the Thai and completely turned the tables.

Three stunning knockdowns later, “Hitman” secured an epic comeback TKO victory in one of the most action-packed, jaw-dropping, and inspiring performances anyone has ever seen.

With five total knockdowns in less than three minutes, Harrison vs. Muangthai will go down as one of the all-time great brawls in martial arts history. The showcase was a perfect example of why fans can’t blink when watching Muay Thai in MMA gloves.

The French-Algerian superstar’s three-round domination of Marie “Snow Leopard” Ruumet was as haunting as it was impressive, which makes her post-match callout of ONE Atomweight Kickboxing World Champion Janet “JT” Todd even more exciting.

A matchup between “JT” and “C18” is the stuff of which dreams are made. Both women are technical, powerful, and intelligent with every movement, and if they square off for the atomweight kickboxing belt, it will be an almost unparalleled showcase for the sport.

It’s clear that Meksen is determined to collect gold – whether that comes in kickboxing against Todd or Muay Thai against that sport’s divisional queen, Allycia Hellen Rodrigues. After the 33-year-old’s flawless victory over Ruumet, it would be hard-pressed to deny her a World Title shot. 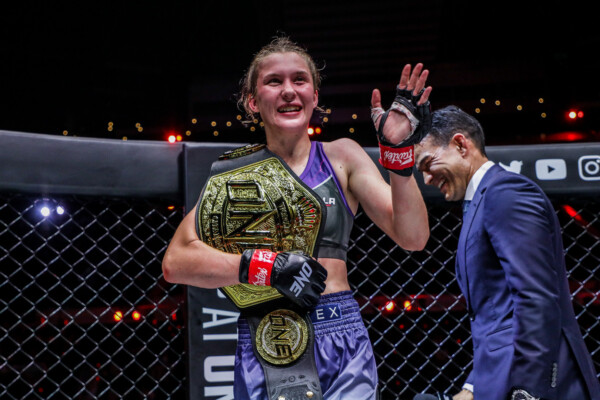 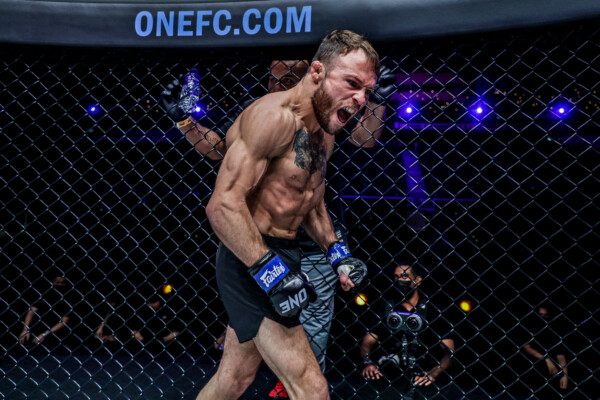 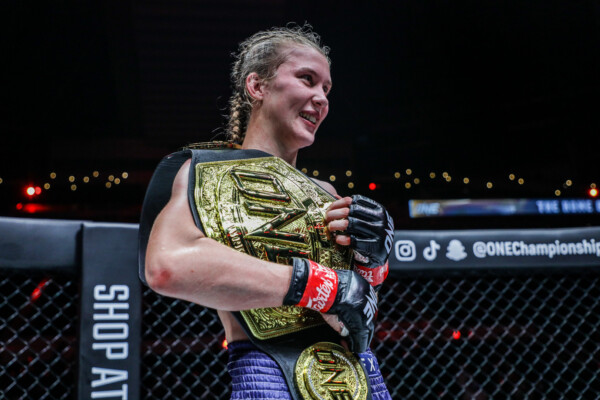 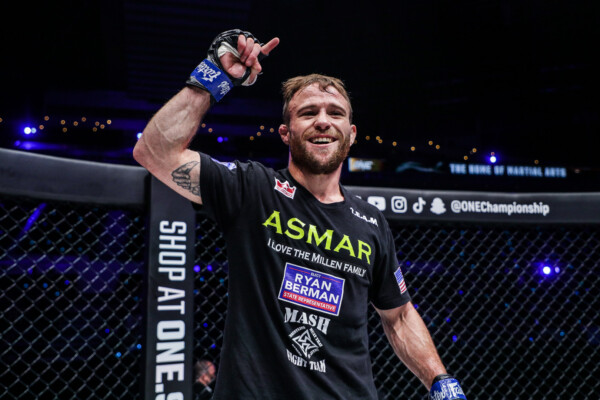