Thai phenom Prajanchai PK.Saenchai Muaythaigym entered ONE Championship as a local celebrity, but he exited the Circle as an international superstar with ONE World Title gold.

In his promotional debut on Friday, 30 July, Prajanchai defeated legendary two-sport World Champion Sam-A Gaiyanghadao by majority decision in the main event of ONE: BATTLEGROUND to claim his compatriot’s ONE Strawweight Muay Thai World Title. 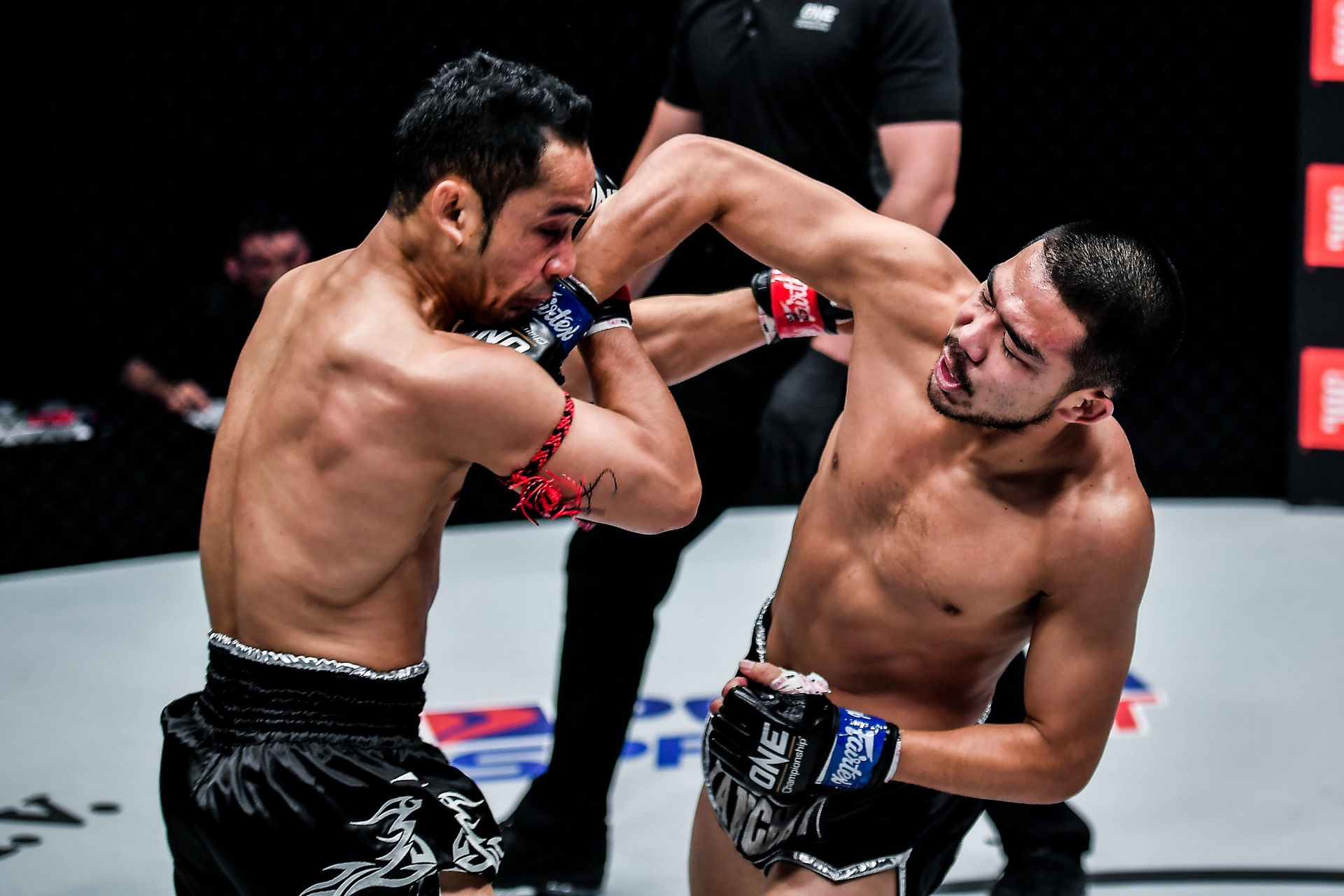 Prajanchai, a six-time Muay Thai World Champion, showed that he meant business from the opening bell, as he forced Sam-A on the back foot, doubled up on his jabs, and finished with right body kicks.

The defending titleholder did his best to gain his footing and time his counters, but the 26-year-old Prajanchai was just too quick, too evasive, and too powerful. And once he settled his hands into the small 4-ounce gloves, his confidence only grew.

Even when Sam-A managed to land his trademark swayback and left hand counters to the midsection of his compatriot, the PK.Saenchai Muaythaigym standout never wilted. In fact, it was the strawweight king who took the first trip to the canvas after Prajanchai touched his chin with a right hand.

The challenger came out for the second stanza throwing wiry jabs and right hands, but a more determined Sam-A was standing in front of him. The Evolve athlete fired off left kicks, but a well-timed push kick from Prajanchai sent his rival down.

The PK.Saenchai Muaythaigym athlete then fell back on his boxing, using his jabs to near perfection as he doubled and tripled up on them, and then he followed up with straights rights that rattled Sam-A.

All the while, the defending king continued to attack with his best weapon – his left high kick – but his shin couldn’t slow down his tormentor’s punches. At the closing of the round, Sam-A ate a left uppercut-right hand combo that sent him to the corner scratching his head. 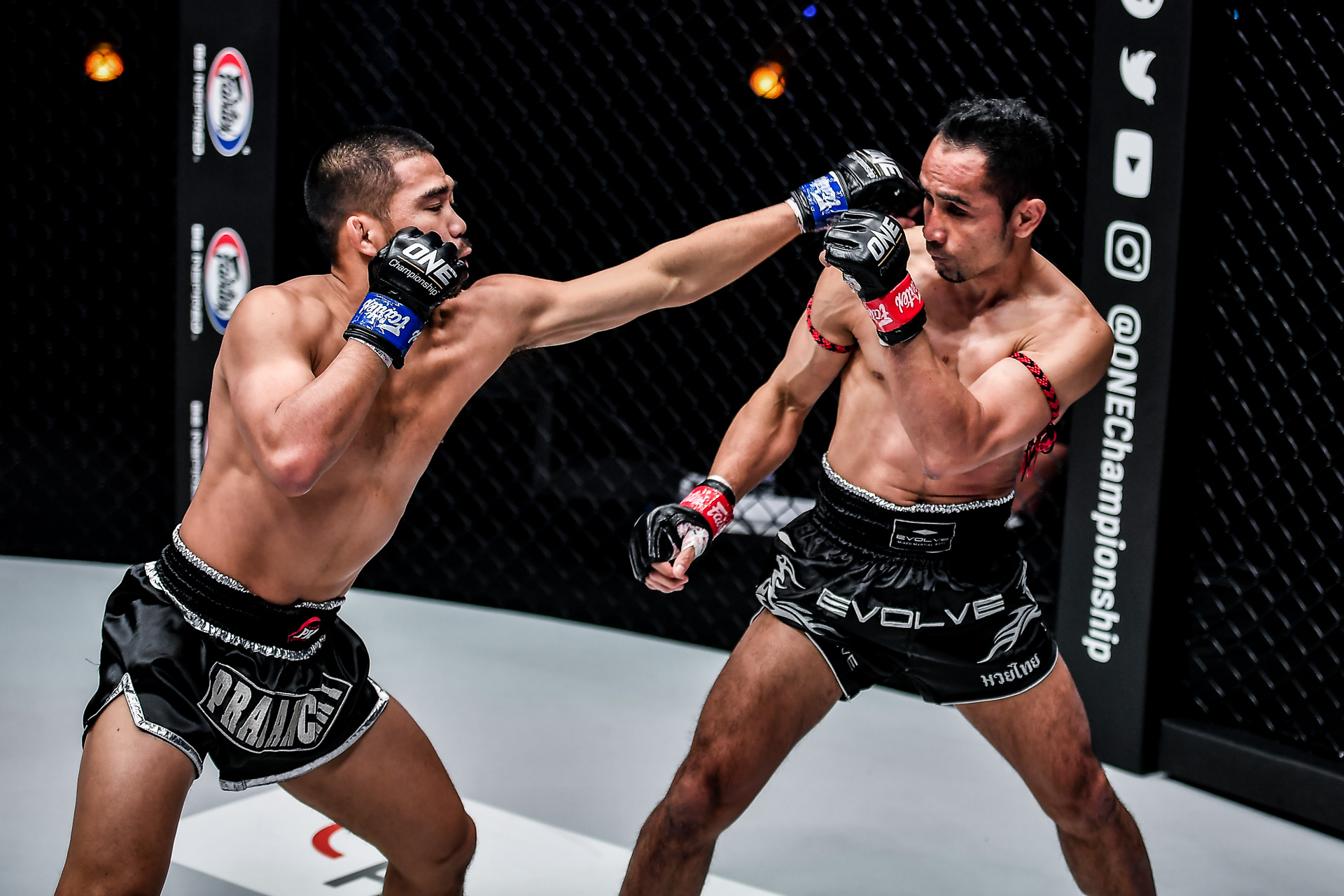 At the start of round three, Sam-A started to show the mastery that made him such a dominant World Champion. He began picking up on Prajanchai’s rhythm and scored superbly with counter left punches and kicks.

But just as it seemed like Sam-A was starting to tilt the table in his favor, Prajanchai went right back to his boxing. He pelted his foe with left hooks and straight rights that forced the veteran to fight his way off the Circle Wall. 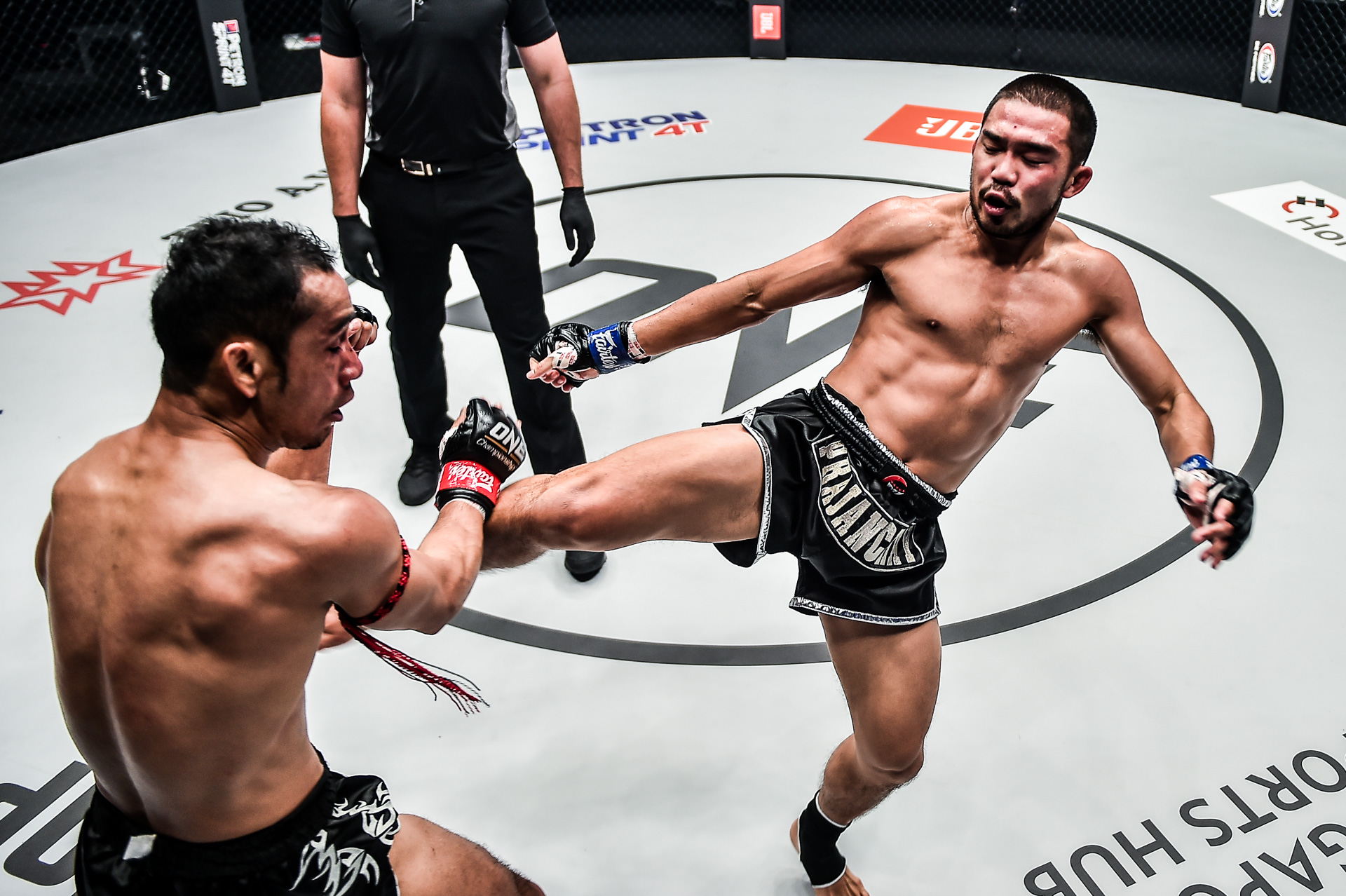 Round four looked more promising for Sam-A, as he began to increase his output and counter Prajanchai more effectively. He even swept the PK.Saenchai Muaythaigym athlete after catching one of his kicks. Prajanchai jumped up and re-engaged, but both men fell into the clinch for a rare moment, and the challenger stunned the legend with an elbow.

Sam-A, however, went back to his catch-and-counters and began taking control of the bout with his knees and left punches. Just as he was gaining momentum, though, an unintentional low blow to his opponent halted the contest for a moment.

When it resumed, Sam-A charged forward, and his cut kick again swept Prajanchai off his feet. At that point, the younger fighter was beginning to show signs of fatigue. 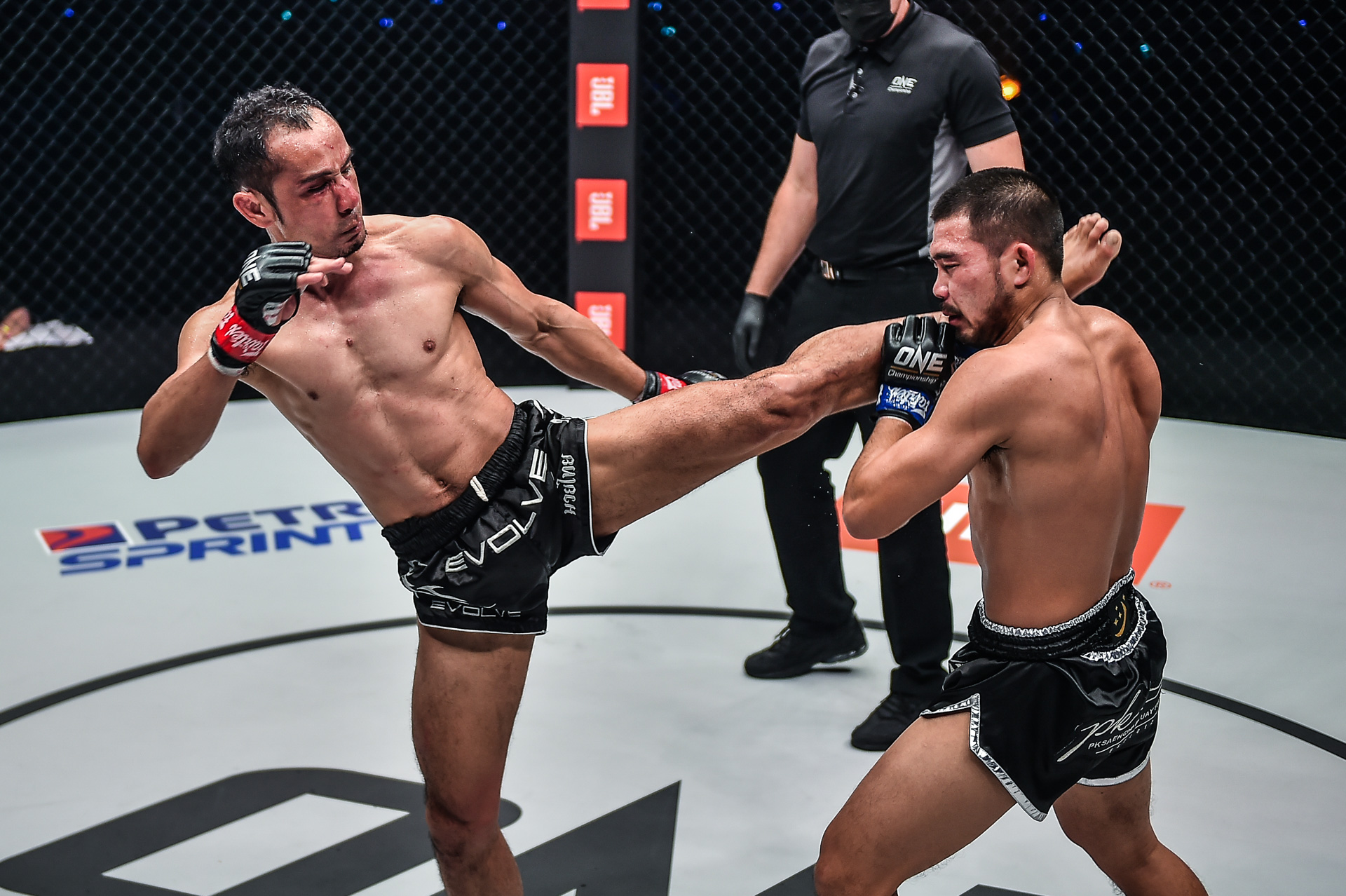 In the fifth and final round, and with the scorecards presumably against him, Sam-A came on strong, pelting his rival with left punches and kicks.

Prajanchai accepted the invitation and fired off a series of one-twos and then an elbow. But the muay femur in Sam-A swiftly turned his opponent’s momentum against him and threw him into the Circle Wall.

Sam-A fired off a knee and a straight left, and Prajanchai was forced to lock horns with the Muay Thai great inside the clinch. However, after a few knees, Sam-A tossed him to the canvas. A right hand from Prajanchai then forced a swayback and counter elbow from Sam-A, and the World Champion looked like himself again.

With seconds remaining, the Evolve product caught and countered a kick from Prajanchai and then followed up with another kick and left hand to end one of the more technical Muay Thai matches in ONE Championship this year. 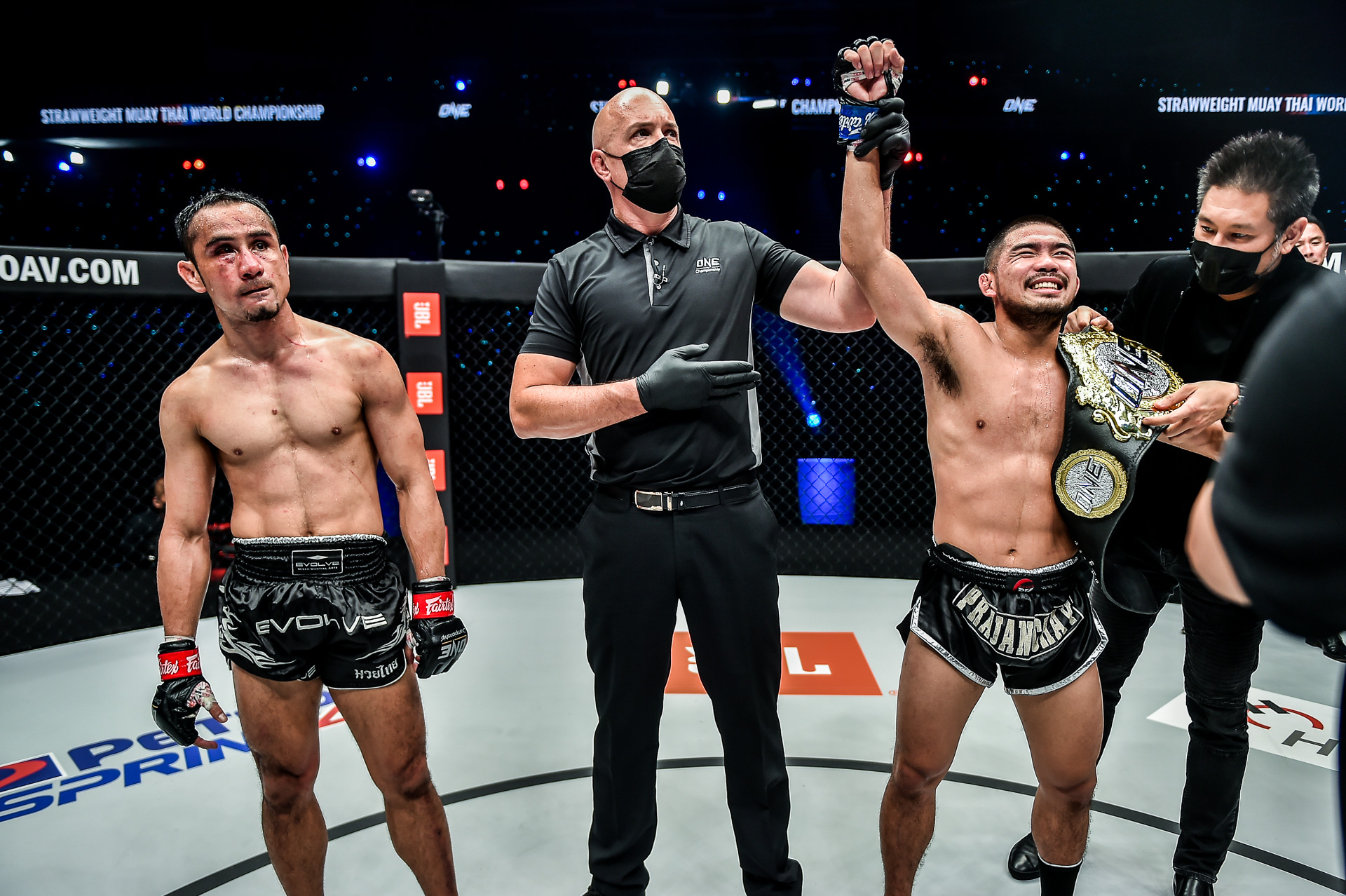 Despite the strong finish from Sam-A, Prajanchai did enough over the five rounds to earn the majority decision win, bump his record to 338-51-3, and become just the second athlete to own the ONE Strawweight Muay Thai World Title. 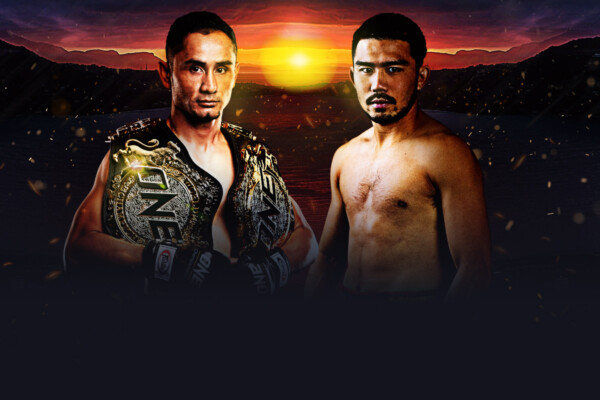