Philippines National Wushu Champion Danny Kingad is from Sadanga in the Mountain Province, but he went to school in Baguio. He endured an impoverished childhood that was compounded by losing his father at an early age, which still affects him to this day. As a teenager, he then fell into bad company and started partying excessively.

Fortunately, Kingad was able to turn his life around through martial arts. He began training in wushu at the famed Team Lakay in 2012, and went on to win gold medals in several local tournaments. Inspired by the success of his esteemed teammates such as ONE Lightweight World Champion Eduard Folayang, he then turned his attention to the cage and enjoyed great success at the amateur level. Kingad unsurprisingly made a successful start to his professional career in 2014, debuting with ONE Championship in short order on the way to an impressive 8-0 record.

This earned him a shot at the ONE Flyweight World Championship against Adriano Moraes, but the Igorot warrior unfortunately failed in his first bid at World Title glory. However, the experience proved invaluable, as “The King” learned several lessons in defeat to grow as a martial artist. Now, he is determined to put that newfound knowledge to good use and resume the pursuit of his dreams. 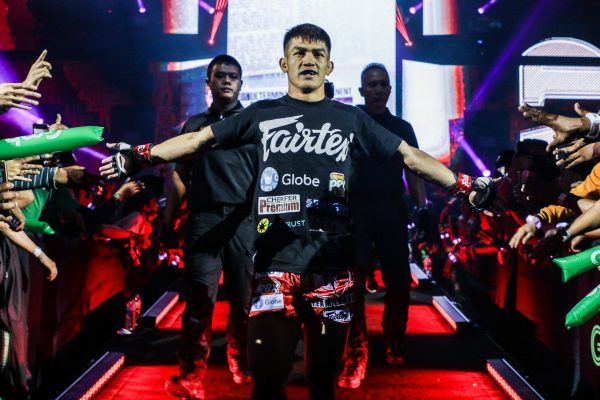