As a boy, South American heavyweight champion Alexandre Machado was always getting into trouble. This prompted his father, a police officer and Brazilian jiu-jitsu practitioner, to begin teaching young Alexandre at the age of 5 in order to instill discipline in him. That would be the start of a life-changing martial arts journey that continues to this day, and remains as some of Machado’s fondest memories of his father, who tragically passed away in the line of duty.

When Machado saw videos of Royce Gracie competing in the early days of mixed martial arts, his dream to become a world champion martial artist was born. Machado went on to earn his black belt in BJJ and won several medals in local tournaments. He then made his professional cage debut in 2007, winning by armbar in just 73 seconds. After a string of success where he claimed the PERU FC and Armageddon Fight Heavyweight Championships, Machado signed with ONE Championship in 2015.

The following year, he scored the biggest win of his career when he defeated four-time Muay Thai and Kickboxing Heavyweight World Champion Alain Ngalani via TKO. He then moved down a division, and challenged Aung La N Sang for the vacant ONE Light Heavyweight World Title, but was ultimately unsuccessful. However, he remains motivated to realize his dreams, and continues training diligently in pursuit of gold. 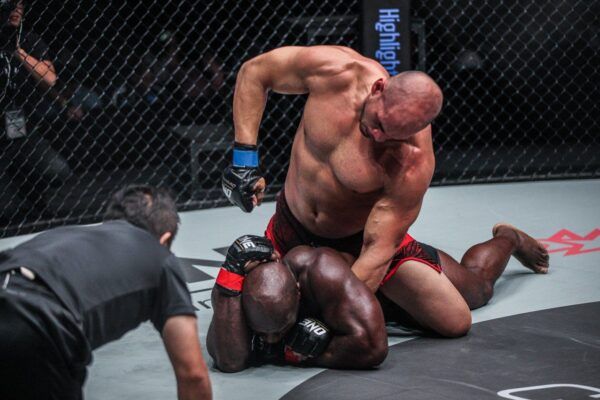