Fans rarely get the opportunity to witness a slew of iconic moments at a single martial arts event, but three years ago today, ONE Championship treated viewers to a night they will never forget.

On 27 July 2018, the promotion held ONE: REIGN OF KINGS at the Mall Of Asia Arena in Manila, Philippines, where a trio of historic fights stole the show.

Joshua “The Passion” Pacio had long been known for his devastating wushu striking, but he showcased his evolving all-around game in the headlining bout of the preliminary card.

The local favorite was expected to stand and bang with Muay Thai stylist Pongsiri “The Smiling Assassin” Mitsatit in their strawweight mixed martial arts encounter, but just a minute into the clash, the Filipino caught a leg kick and drove his opponent to the canvas.

Pacio controlled the action on the mat, constantly unleashing his ground strikes and fishing for submissions.

Mitsatit eventually surrendered his back, and the Team Lakay standout went for a rear-naked choke, but upon realizing he couldn’t secure the hold, he decided to switch gears. Pacio instead locked his hands on the Thai’s left wrist, wrenched his opponent’s left arm behind his back, and torqued it until “The Smiling Assassin” frantically tapped.

The innovative submission move – later dubbed “The Passion Lock” – has been continuously played on highlight reels ever since, and it even earned Pacio ONE’s 2018 Submission Of The Year honor.

Moreover, “The Passion” would win his first ONE Strawweight World Title less than two months later.

At the age of 51, Brazilian Jiu-Jitsu and mixed martial arts pioneer Renzo Gracie made his first ONE Championship appearance on the main card at ONE: REIGN OF KINGS.

Gracie squared off against three-division King Of Pancrase Yuki Kondo in a special legend versus legend welterweight showdown, and he proved to everyone that age was just a number.

Each athlete took a measured approach in the first round, clearly reacclimating to their competitive surroundings and being careful not to make a wrong move early.

The two were more active in the second frame, seemingly more comfortable with exchanging strikes. And just a minute into the stanza, the BJJ pioneer struck.

Gracie shot in for a single-leg takedown, and as the Japanese southpaw turned sideways to defend the move, the master grappler latched onto Kondo’s back, hooked his leg, and dragged him to the mat. From there, the Brazilian instantly threw in both of his hooks, calmly sunk his right arm under his foe’s chin, and tightened up the rear-naked choke to elicit the tap.

It was an impressive finish that showed the 51-year-old legend still had what it took to compete in front of a global audience.

After failing to lift the gold in January 2016, Kevin “The Silencer” Belingon won five consecutive fights in impressive fashion and earned a second shot at glory.

But with his previous tormentor, ONE Bantamweight World Champion Bibiano “The Flash” Fernandes, recovering from an injury, the Filipino met Martin “The Situ-Asian” Nguyen for the division’s interim belt in the main event.

Both men were known for their immense power and elite striking, so they understandably took a calculated approach in the early going.

But as time passed, Belingon would jump ahead on the scorecards. He connected with kicks, closed the distance to land boxing combinations, and even shrugged off takedown attempts.

The Vietnamese-Australian dynamo did land some of his power punches, but it never slowed down “The Silencer,” as he continued to attack and even connected with some of Team Lakay’s trademark spinning kicks.

After 25 minutes of action, Belingon emerged with the unanimous decision victory and the ONE Interim Bantamweight World Title to cap an iconic night in the Philippine capital. 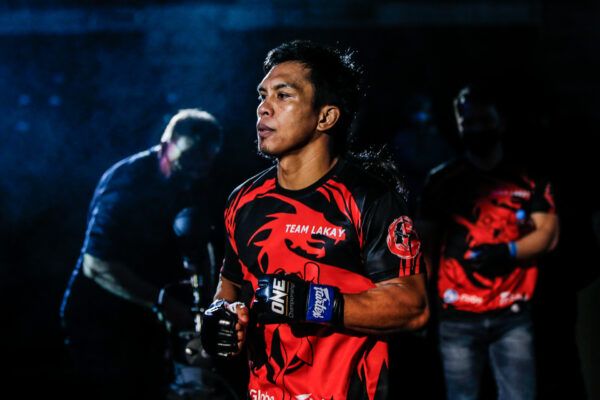 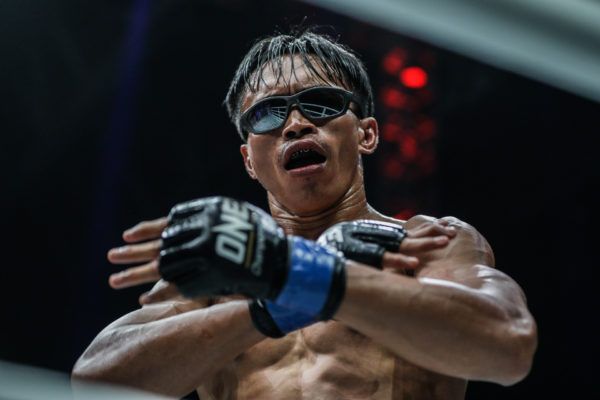 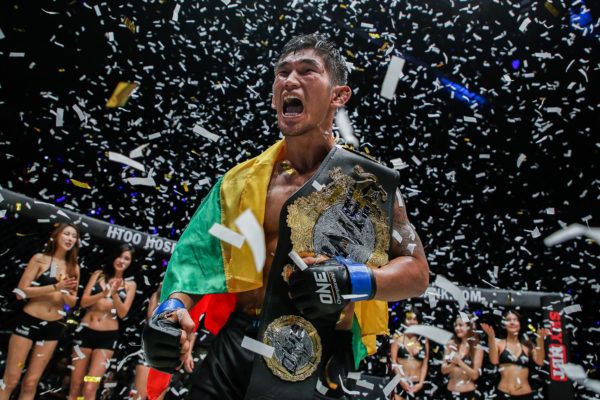