ONE Championship is home to some of the world’s greatest grapplers who’ve showcased a stunning array of submissions inside the Circle.

Those grappling stars come from a variety of backgrounds — including Brazilian Jiu-Jitsu, judo, wrestling, and sambo — but their end goal is always the same: bring the fight to the canvas so they can get to work on securing their favorite finish.

Even when opponents know what’s coming, they are often powerless to stop it, and that’s what makes these submission specialists so impressive. With that said, let’s look at five such specialists in ONE Championship and each of their trademark finishing moves.

Marat “Cobra” Gafurov almost exclusively hunts for the rear-naked choke – known as the mata leao (lion killer) in Brazil – but the move has often proven to be unstoppable.

Overall, he’s submitted nine career opponents with the RNC, with six of them coming in ONE Championship, including Martin “The Situ-Asian” Nguyen, Ev “E.T.” Ting, and Narantungalag “Tungaa” Jadambaa.

Along the way, the former ONE Featherweight World Champion broke records by posting all six of his rear-naked choke finishes consecutively, going from ONE debutant to the featherweight division’s most dominant force.

Though Gafurov hasn’t locked one in since his World Title run, opponents still don’t want the BJJ black belt anywhere near their back.

Ayaka “Zombie” Miura’s scarf-hold Americana has been dubbed the “Miura lock” in her native Japan, and the moniker is well-warranted.

The Tribe Tokyo MMA athlete has four wins in ONE, and all of them have come via the same method. Even in her lone defeat on the global stage, the 30-year-old came close to catching Tiffany “No Chill” Teo with her signature move.

Miura’s high-level judo throws put her in position to attack, and from there, she uses her killer instinct to trap her rival’s arm between her legs in the scarf-hold side-control position.

It’s not a recent phenomenon either. Before she hit the big leagues, Miura had finished three of her opponents with the devastating armlock on the Japanese circuit.

BJJ World Champion Alex “Little Rock” Silva brought the skills he learned in his homeland to the global stage, and they took him to the very top.

In his 2013 debut, the Evolve star submitted Rene Catalan with a slick armbar at ONE: KINGS AND CHAMPIONS – and that finish was a sign of things to come.

Silva would go on to repeat the feat another four times inside the Circle. His finest finish was arguably a win over Hayato Suzuki at ONE: LEGENDS OF THE WORLD, which booked him a successful ONE Strawweight World Title shot against Yoshitaka “Nobita” Naito.

#4 Aoki’s Double-Threat From The Back

Shinya “Tobikan Judan” Aoki has forced nine opponents to tap or nap in his ONE tenure, making him the promotion’s all-time leading submission finisher.

He’s utilized a wide array of methods to force his opponents to wave the white flag, but chokes are his bread and butter, with rear-naked chokes, D’Arce chokes, triangles, and arm-triangles all on his resume.

But above all, every rival fears Aoki climbing onto their back. Once he gets there, the game is just about up.

“Tobikan Judan” will aim to strangle his foe, but if they resist, he has no qualms about switching his attention to the neck crank, which is just as effective.

To date, he’s finished three opponents from the back in ONE, and nine over the course of his legendary mixed martial arts career. Those submissions are comprised of five neck cranks, three rear-naked chokes, and one twister.

#5 Imanari, The Master Of Leg Locks

The Japanese veteran has submitted 17 opponents with leg locks in his 59-bout slate, and he has a particular penchant for heel hooks, with 13 finishes from the knee-shredding joint lock.

Imanari has only finished two of his ONE Championship rivals with the lower-limb attacks, but they were both highlight-reel entries.

At ONE: WAR OF THE LIONS in 2003, he tapped out Kevin “The Silencer” Belingon with an inside heel hook, and then in 2019, “Ashikan Judan” used his patented “Imanari Roll” to latch onto “Pretty Boy” Kwon Won Il’s leg and make him quickly admit defeat. 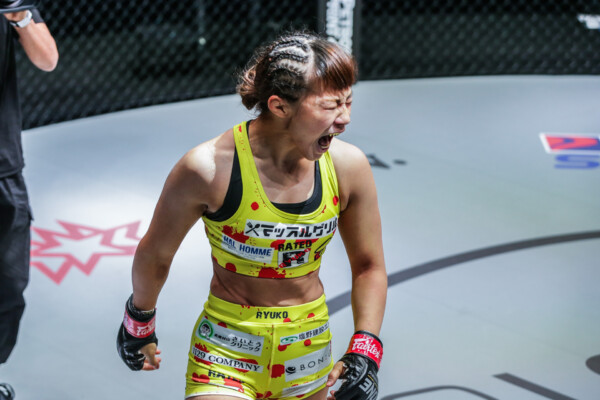