Fans knew that a knockout was the most likely outcome when “The Fighting God” Kim Jae Woong and Martin “The Situ-Asian” Nguyen squared off inside the Circle, but the South Korean’s first-round finish of Nguyen was still a shock to the system.

While both men looked to land heavy leather at ONE: REVOLUTION this past Friday, 24 September, it was Kim who found the mark. He dropped the former two-division ONE World Champion with a crunching right hand before sealing the deal with ground-and-pound.

After months of trying to make the match happen, it was a moment of relief and elation for “The Fighting God,” who is still buzzing from his career-best win.

“After our second fight got canceled, I was actually very sad and very depressed. That was a very hard time for me,” he says.

“Even the day before the fight, I was still scared and worried that the fight might get canceled [at the] last minute. Surprisingly, when I woke up [on] fight day, I was so excited. My heart was burning and I was just ready to go.

“It was a very special moment for me, and the result was good. I’m very happy, and I’m fired up.”

The knockout finish will grace highlight reels for years to come. Kim waited for “The Situ-Asian” to launch his attack and then countered with a short right punch that sent the Vietnamese-Australian star to the canvas.

In the aftermath, the South Korean credits his diligent training – rather than just quick thinking – for the bout-ending strike. He’d ingrained that counter into his muscle memory through repeated practice, knowing the opportunity to unleash it would arise on fight night.

“I actually trained a lot on my reactions and timing, so whenever I saw my opponent’s left shoulder move, I trained so hard that my body automatically countered it,” Kim says.

“I just saw Martin’s left shoulder move and I didn’t even go for that knockout. My body just moved automatically. When I saw his body go down, I just thought to myself, ‘Oh, I have to finish this,’ and then that’s what happened.”

The emphatic victory didn’t just topple the featherweight division’s former king and #1 contender — it also earned the Extreme Combat and Top Gym BF man a shot at the ONE Featherweight World Title.

That shot will come against either reigning king Thanh Le or top contender Garry “The Lion Killer” Tonon, who will fight for the gold at ONE X on 5 December.

ONE Chairman and CEO Chatri Sityodtong officially confirmed that Kim’s victory at ONE: REVOLUTION means he will challenge the winner of that World Championship showdown.

It wasn’t immediately clear whether “The Fighting God” will wait in line for his shot or try to compete in the meantime. In any case, he appears focused on making sure he’s fully prepared to fight either man.

“What’s next for me is Thanh Le because Thanh Le is the champion right now. But nobody knows what’s going to happen [in the bout with Tonon], so if Tonon wins that fight, I’ll be ready [for him too],” Kim says.

“I believe I deserve the next title shot for sure because Martin Nguyen is a legend. He has so many records in ONE Championship, and he’s also a two-division World Champion here. Nobody knocked down Martin Nguyen like that in the first round, only me. I believe that I’m the clear next challenger.”

When it comes to the matchup between knockout artist Le and grappling wizard Tonon, “The Fighting God” is torn down the middle and cannot pick a winner.

But he believes his own performance showed that the underdog can always prevail.

“I can’t make a prediction because I believe every fight is 50-50. Everybody has a 50 percent chance because it’s a fight,” Kim says.

“I do know that, before my fight against Martin, most people thought Martin was going to win. But I didn’t believe in that because I myself thought that I had a 50 percent chance of beating him. It’s the same as Garry Tonon versus Thanh Le.”

Whatever the outcome of that matchup at ONE X, “The Fighting God” is confident he has the skills to take out the victor.

The former boxer did some training at the famous Team Alpha Male in California, USA, ahead ONE: REVOLUTION. That experience, combined with his latest KO victory, has given him more faith in his own ability to take out the best in the division.

“[Team Alpha Male] has a lot of great fighters out there, a lot of World Champions from different organizations. By mixing up with them and sparring with them, it gave me so much confidence that I’m one of the best also,” Kim adds.

“One thing I can say is, whoever wins that fight [between Le and Tonon], I’m ready for both. None of them would give me a problem.”

Read more: The Best Pictures From ONE: REVOLUTION 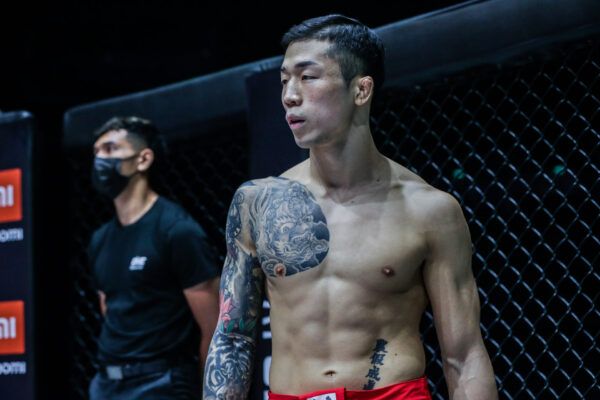 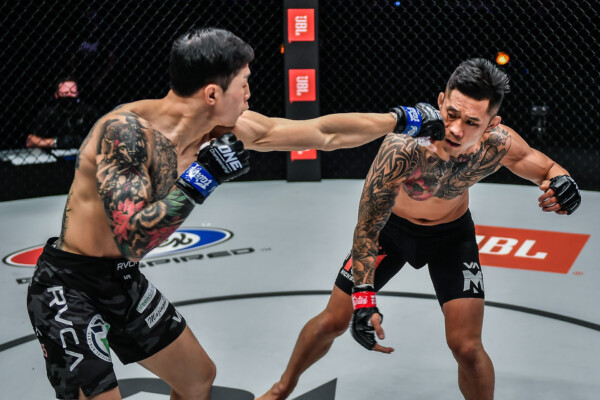 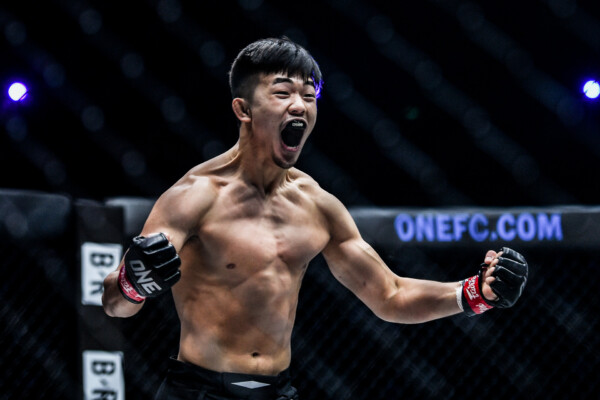