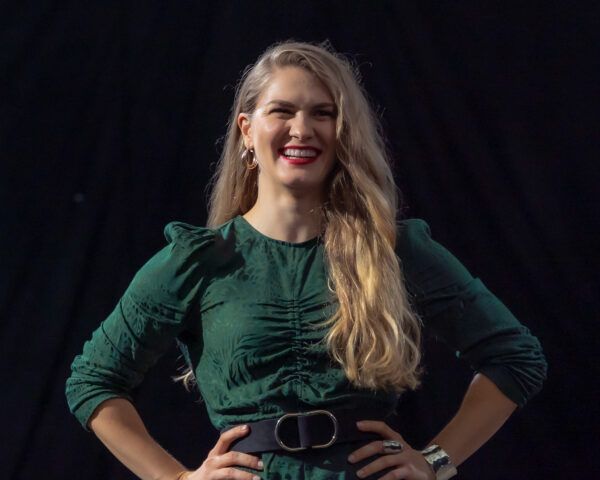 How A Difficult Loss Inspired Irina Chadsey To Trust Her Gut

Irina Chadsey was raised by her parents to be the picture of perfection, which often meant bottling up her true emotions. But after the loss of a close relative, the Russian made a pact with herself that she’d always follow her heart.

That mentality led her to “The Apprentice: ONE Championship Edition,” where she is one of 16 candidates on the reality TV show who are competing for a one-year, US$250,000 contract to work directly under ONE CEO and Chairman Chatri Sityodtong.

Before the Netflix premiere, Chadsey opens up about her strict upbringing in Russia, the lesson that changed her life, and what she hopes to accomplish in front of a global audience. 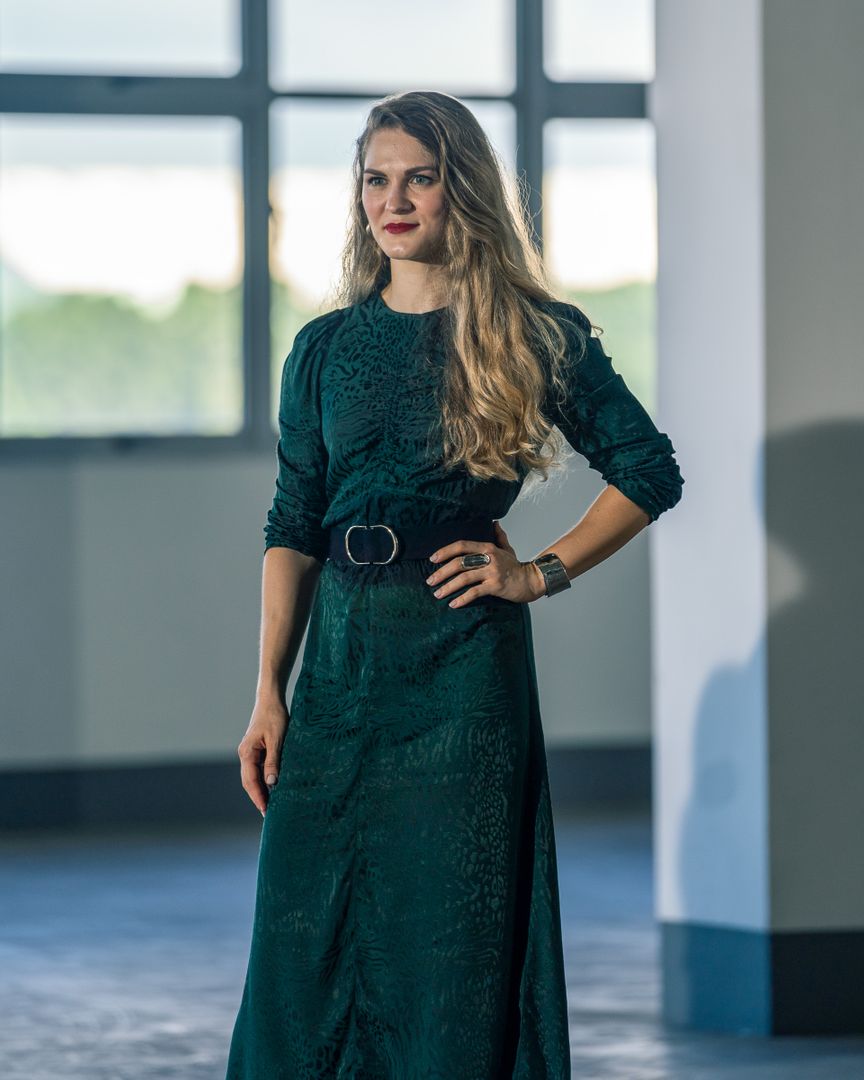 While growing up in suburban Moscow, Chadsey was met with harsh criticism from her parents and felt cooped up in her surroundings.

Meanwhile, her perspective of the outside world was gleaned from television shows and magazines, which gave her the urge to break free.

“My family was a simple working-class, I would even say a low-income family. My mom was a teacher, and my father was a radio engineer. After the fall of the Soviet Union, our family faced challenging and financially distressing times,” Chadsey says.

That pressure to be perfect at least put the young Russian on a path to academic success. After graduating with honors, Chadsey made her way to the College of the Ministry of Foreign Affairs to obtain her professional degree.

However, wanting a change from government life, she decided to pursue a bachelor’s degree in real estate management at the Russian Presidential Academy of National Economy and Public Administration (RANEPA).

“In 2008 and 2009, real estate markets were really booming in Russia,” Chadsey says. “That’s kind of what hooked me. I saw many opportunities there, so I decided to take a risk and make changes to my career. After I finished college, I decided to go into corporate business.”

Thanks to her burgeoning career in real estate management, Chadsey finally began to see the world. She moved abroad and continued on her upward trajectory in a new land.

“In a way, my upbringing heavily shaped a strong resilience in me and willingness to succeed,” she says. “A lot of these things I have achieved through those strengths to make me who I am today.”

A Lesson Through Loss 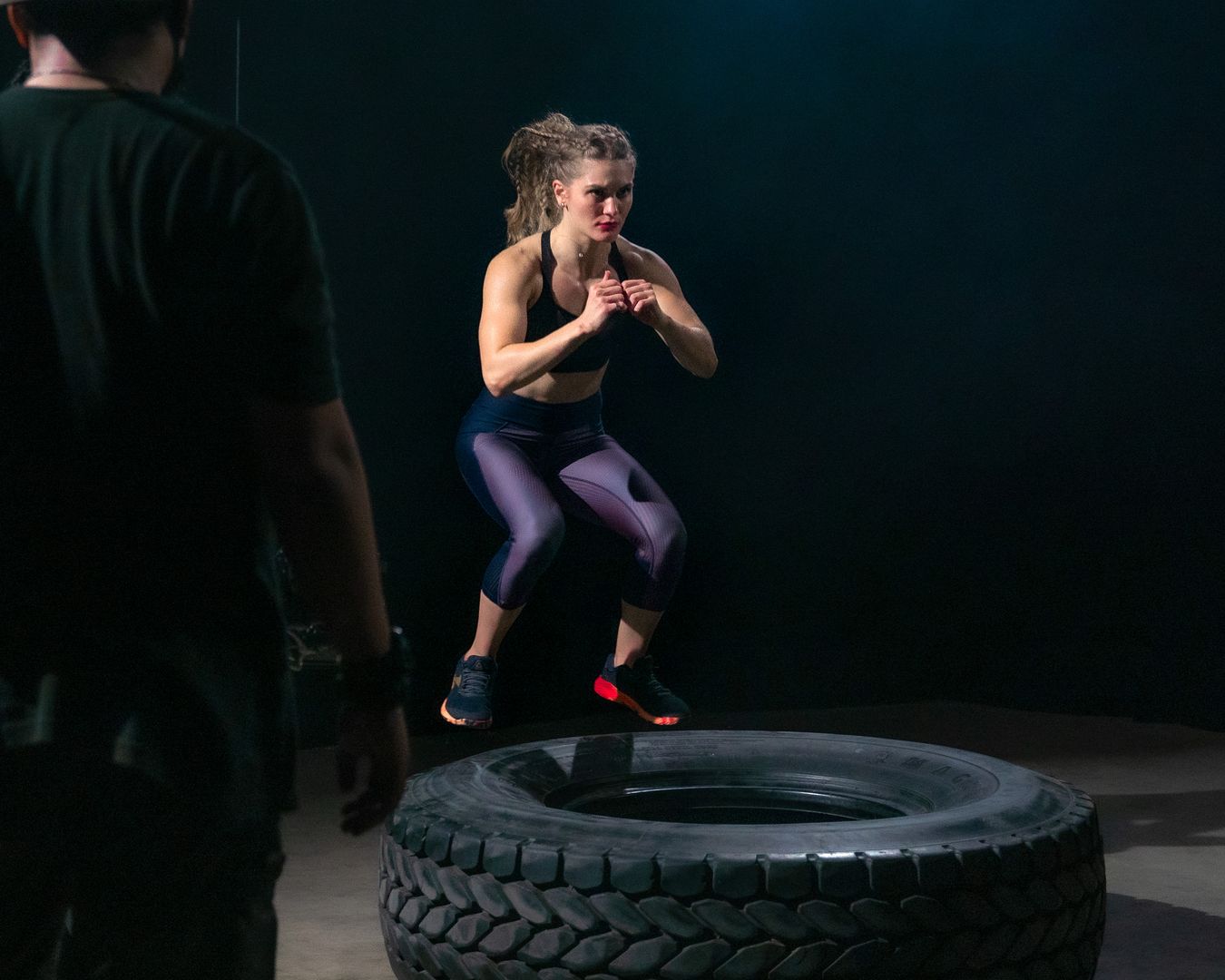 There’s no doubt that 2020 was a trying year for everyone, but it also began with heartbreak for the Russian, who lost one of the central figures in her life – her grandmother – while away on a business trip in the Maldives.

“It was one of the breaking points in my life because, you know, living away from your family is difficult,” Chadsey says.

“I knew that [my grandmother] was not feeling well. Closer to December 2019, when I knew that she was not doing great, I asked my mom, ‘Should I just drop everything and come because I can?'”

“I just had a very bad feeling about everything. But I was like, ‘Okay, I’m not going to listen to my emotions, I’m just going to do things with my head,’ as I always did.”

Listening to her gut was a mentality that had been encouraged by her grandmother, while her mother had demanded that emotion be left out of decisions.

So, after missing the chance to say goodbye to her grandma, Chadsey decided to honor her idol and begin living life with more passion.

“That all triggered changes that I had to make. I [no longer] settled on things that didn’t make me happy,” Chadsey says.

“From the moment that [my grandmother] passed away, I made a decision that I will do something this year to make myself and her proud. So, one of the priorities for me was to find myself personally and professionally.”

The heartbreaking loss became a transformative experience for Chadsey, who began to live ONE’s mantra of igniting the world with hope, dreams, strength, and inspiration.

“For me, the big picture is to create a positive impact and be the force of change, be a part of the platform that can make that change and impact people,” she says.

“If you have big dreams and big aspirations, and you want to achieve great things in life, don’t be scared.” 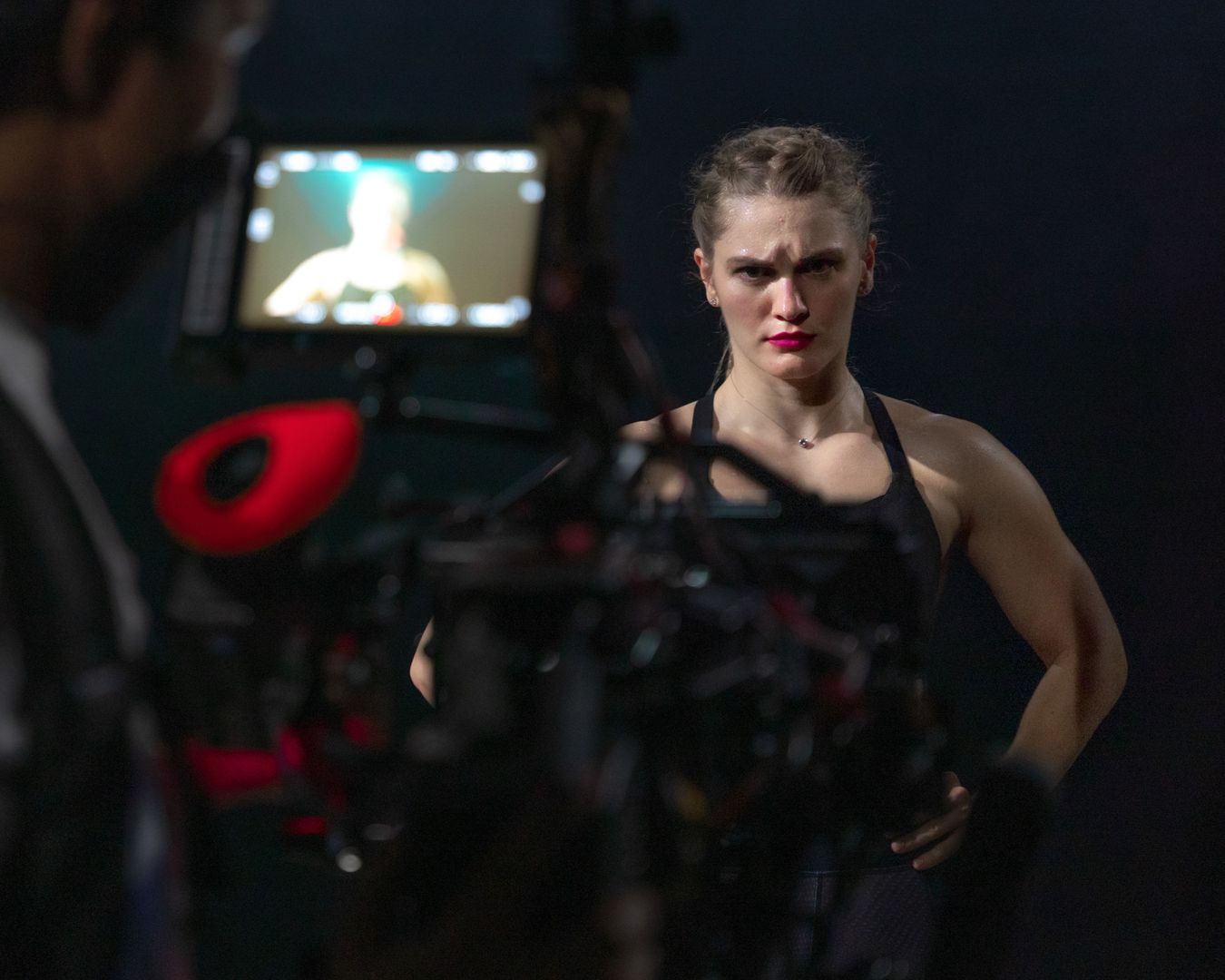 Competing is nothing new for Chadsey, who’s routinely embraced the challenges that life throws her way.

“Since my childhood, I always had to prove to everybody else that I am worthy and very capable and that I can achieve things in my life,” she says. “I was very focused on doing great things in life, in my career, and being in a position where I could support my family.”

As Chadsey sought to change her path and create a better world, a serendipitous moment occurred: A friend reached out to let her know about an exciting opportunity with “The Apprentice: ONE Championship Edition.”

“My friend, who is based in Bangkok, messaged me one day and said there is this competition that ONE Championship is doing,” Chadsey recalls.

“He said, ‘I think you could be a really good fit for it because they’re looking for professionally skilled corporate athletes who possess a unique set of skills.’ He was just selling it to me, and that’s how I found out about it.

Using her grandmother’s advice to trust her gut, Chadsey took the plunge. Beyond the excitement of following her instincts, the Russian felt a connection to ONE and knew she had to be a candidate in this new venture.

“ONE Championship is not only about being a business startup. ONE is a company with a huge, huge purpose,” Chadsey says.

“They have such a big mission in life. They are grooming these real-time heroes. I believe in that mission, and I wanted to be a part of it.” 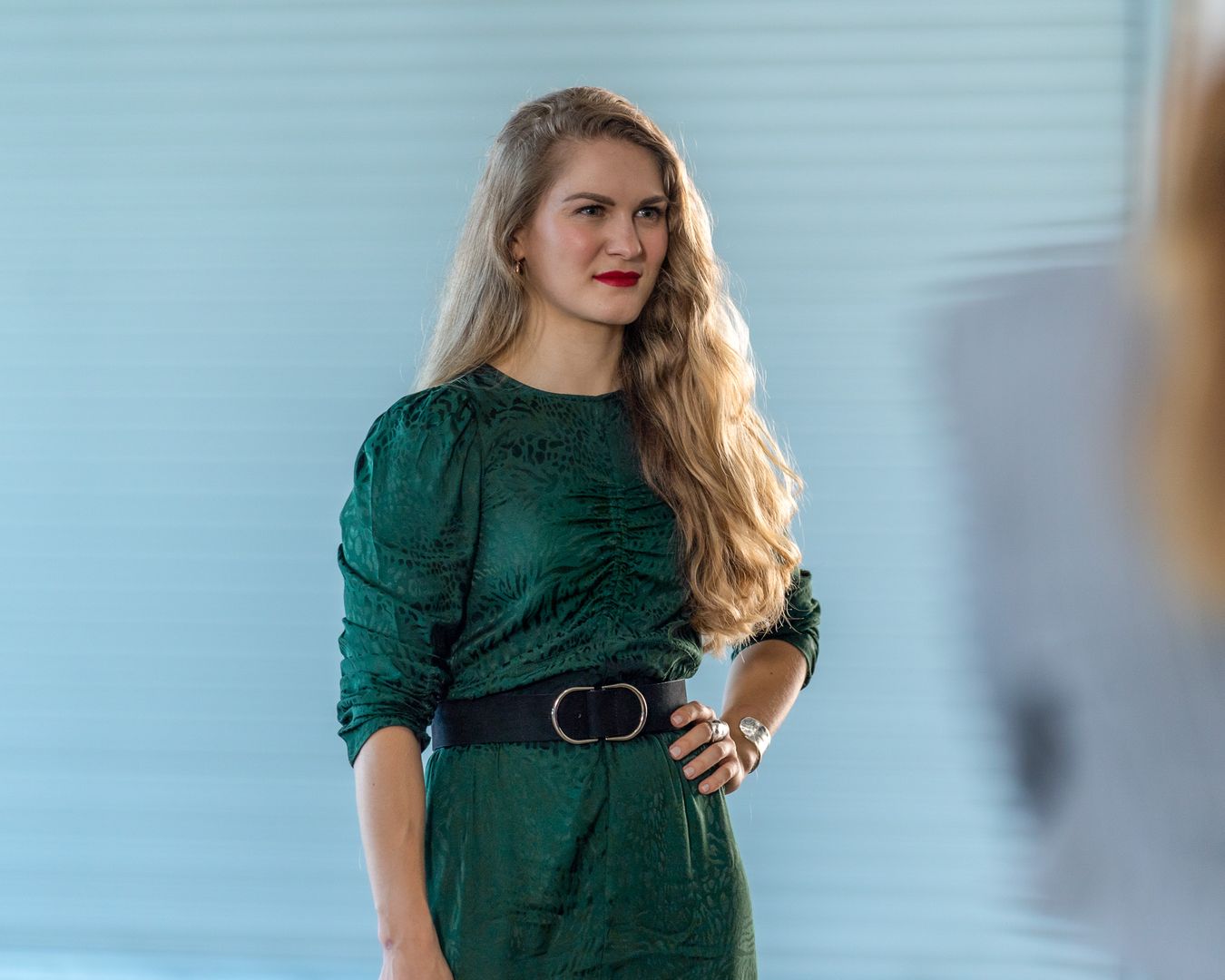 As a candidate on “The Apprentice: ONE Championship Edition,” Chadsey hopes that viewers will learn from her journey and begin to follow their own hearts.

“One of my fundamental values is being very compassionate to whoever is around me, whether it’s my colleague, my friend, or a stranger. I always try to support people, and I want to showcase that,” she says.

“I want to motivate others to chase their dreams because I’ve had challenges and adversities in life.

“You should never be defined by those adversities, you always have to look forward, and you need to draw from your strength, and even from your weaknesses.”

Using the teachings of her grandma, the Russian has already learned to follow her passion, to let her intuition drive her actions, and to stoke the burning fire to see it grow.

With that said, she now wants the world to follow suit.

“You should always listen to your heart, go with your gut,” she says.

“Listen to what your soul wants, and combine your skills and your professional aspirations with your emotional drivers – which are that thirst that drives that hunger – and bring it all together. That is what is going to help you to achieve great things.”